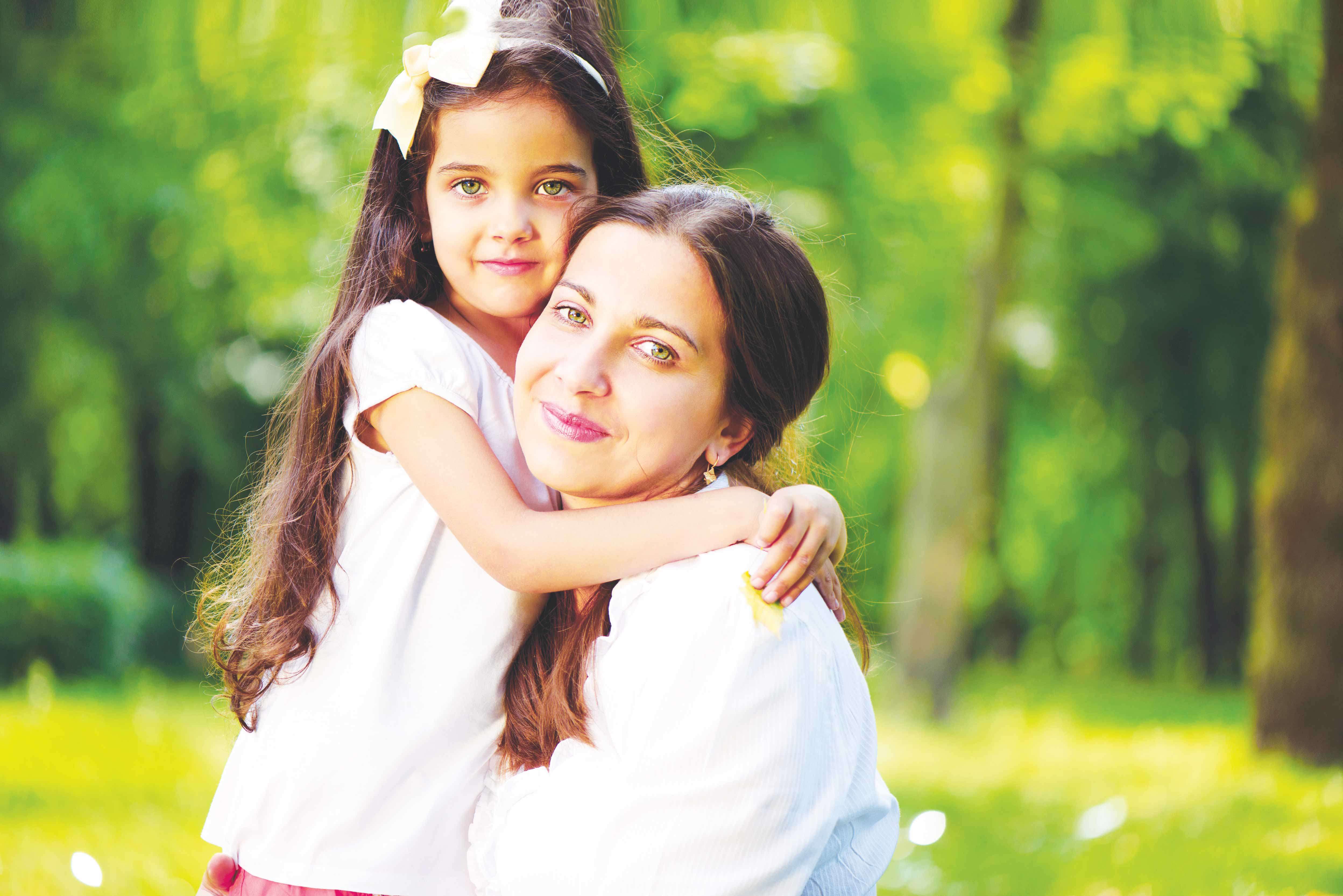 In light of an increasing number of children falling prey to sexual abuse across the world, mental health professional, Mahalakshmi Rajagopal, shares a guideline to help parents safeguard their children from this heinous crime

On October 10, 2017, five days after The New York Times published an article about sexual misconduct by a film producer, a reader posted a comment in the follow-up section inviting women who had been asked to trade sexual favours in their line of work to come forward and say, “Me Too.” Social activist and community organiser, Tarana Burke, had created the phrase for a campaign in 2006. She was inspired to coin it after being unable to respond to a 13-year-old girl who had confided in her that she had been sexually assaulted. Burke later wished she had simply told the girl, “Me Too.” The hashtag went viral with posts not just about sexual abuse at work but, in general, including child abuse. By the 15th of October, ‘#MeToo’ was used two lakh times and tweeted more than five lakh times by the 16th of October. It was posted by more than 47 lakh people across 12 lakh Facebook updates during the first 24 hours. Many regional alternative hashtags were also created, and the online movement received a massive global response. Not just women, even men who had been abused came out. India joined the movement as well and our social media home pages were flooded with #MeToo posts. Such is the extent of this unpardonable act!  In India, even though we refuse to freely discuss the issue due to conservative social norms and unawareness, we can no longer afford to duck our heads in the sand like the proverbial ostrich and ignore the enormity of the situation. The incidents of child-sex abuse are getting more and more rampant if reports in the media are anything to go by.  Yet, instead of despairing, let’s take a responsible, pro-active, and aware stance to protect our children from harm and preserve their innocence.

Look out for the signs

The first step towards protecting your child is to be aware of the possible dangers and being receptive to any signals from your child. Many a time, we may take all the precautions, but they may still be vulnerable. An abuser may not always be a stranger. He or she can also be someone we are quick to trust. Signs that an adult is using their relationship with a child for sexual reasons may not be obvious, but you may feel uncomfortable about the way they play with the child, always seem to favour the child, or make excuses to be alone with the child. When you feel something is fishy, even though the general tendency is to ignore your gut feeling, believe that you’re overreacting, or that the person in question doesn’t really mean what they’re saying or doing, don’t write off those questionable comments and behaviour. Rather, talk about it and probe further. In order to watch out for abusive behaviour, we must first know what it is; any sexual activity with a child by an adult or adolescent including sexual touching, i.e., touching a person’s penis or vagina, oral sex, intercourse, as well as non-touch sexual behaviour (that which doesn’t include touching) like peeping, flashing, or showing pornography to a child.

It’s important to not only build a fortress of protection around children but also instil a sense of security within them. Most Asian cultures are conditioned to obey and carry out the orders of elders even if people are not comfortable with it. However, a child has the right to say ‘no’. For instance, if your child is not comfortable sitting in the lap of a certain adult or older sibling; or if your child doesn’t want to hug or kiss a certain adult goodbye, his or her feelings must be respected. As a parent, you must intervene and explain to the adult that you’re not okay with your child sitting on their lap or that you’d prefer if your child only shakes hands and says good bye. If you can’t do it for any reason, ask another adult member of the family to intervene.

Finding out or suspecting that your child has been sexually abused can be traumatising and stressful for parents and the entire family. It’s important though not to be judgmental of your child. Always listen to and believe your child without a doubt; otherwise, the first time they tell you may be the only time. Parents often have a tendency to think about society and family in such situations, but it’s important to understand that nothing is more important than your own child. Find a way to manage your feelings, so you can focus on creating for your child a safe environment that is free from harm, judgment, and blame. It is imperative that when your child discloses to you, you continue to repeat the following messages through both your words and actions: “I love you. What happened is not your fault. I will do everything I can to keep you safe.” Mental health professionals including counsellors, therapists, or social workers can help you and your family to cope with reactions, thoughts, and feelings about the abuse. Remember to conduct a background check before agreeing to work with one. If the situation demands, don’t hesitate to seek legal help.

A sexually abused child goes through much, emotionally and physically. It takes a lot of courage to open up to an adult because most abusers will manipulate the child into believing that they’re better off keeping this a secret or that it is not abuse but love. As a result, the child initially feels trapped and helpless. It fears that no one will believe the disclosure of the abuse, leading to accommodative behaviour on part of the child. If the child does disclose, failure on the part of family and professionals to protect and support the child adequately may augment the child’s distress, leading to retraction of the disclosure.

While it’s important to support your child if he or she has been sexually abused, it’s equally important to avoid situations of abuse. For this, we need to raise our children with transparency. Imagine this _ your family is sitting together, watching a movie, and suddenly a sex scene plays. The common tendency is to switch channels. Or, if during an ad break, there is an advertisement showing condoms or sanitary napkins, again, the tendency is to switch channels. We need to stop shushing about topics that are perfectly natural. Speak openly to your children about their bodies. They must know that their bodies are sacred and their own, and no one else has a right to touch them without permission. They must know that certain parts of their bodies are private; they must know what is and what is not appropriate to show and do in public, in private, and with others. They must know how to respect the bodies of other people. Raise your children with virtues such as purity, dignity, self-possession (responsibility towards self) and self-control. Teach them how to say ‘no’ and when to say ‘yes’. Guide them to trust their instinct, conscience, values, and heart. Help your children recognise when others do not act in right, true, pure, and honouring ways. Most importantly, assure them that being sexually abused is not their fault. Celebrity talk show host, Oprah Winfrey, was abused at the tender age of nine. She blamed herself for it until she was 40. Eventually, she overcame the guilt but not without a struggle. Remember, the effects of abuse are long term.

Satyameva Jayate, the popular show hosted by Bollywood star Amir Khan, also highlighted the malady and extent of child sexual abuse.  In addition to busting myths associated with it and addressing general unawareness about the issue, the show also conducted a workshop where children were taught what to do to stop abuse, how to escape abuse and what to do after abuse takes place. They were asked to first shout loudly, then run to a safe place, and lastly, immediately call the person they trust the most—their ‘bodyguard’.

Most abusers have a charming personality and win parents’ and children’s trust quickly. They are also very strategic. They might convince the child that he or she must care for him or her in some way. Children must be taught to recognise abusers’ behaviour and warned that sexual abuse can happen even by someone they love and trust. Handling teens can be even more challenging as they’re more prone to experimenting. Many a time, this tendency leads them to turn into sexual abusers themselves. It is common for teenagers and adolescents to sexually abuse younger siblings and juniors in school and the neighbourhood, and/or watch pornography with an objective ‘to learn about sex and sexuality’.