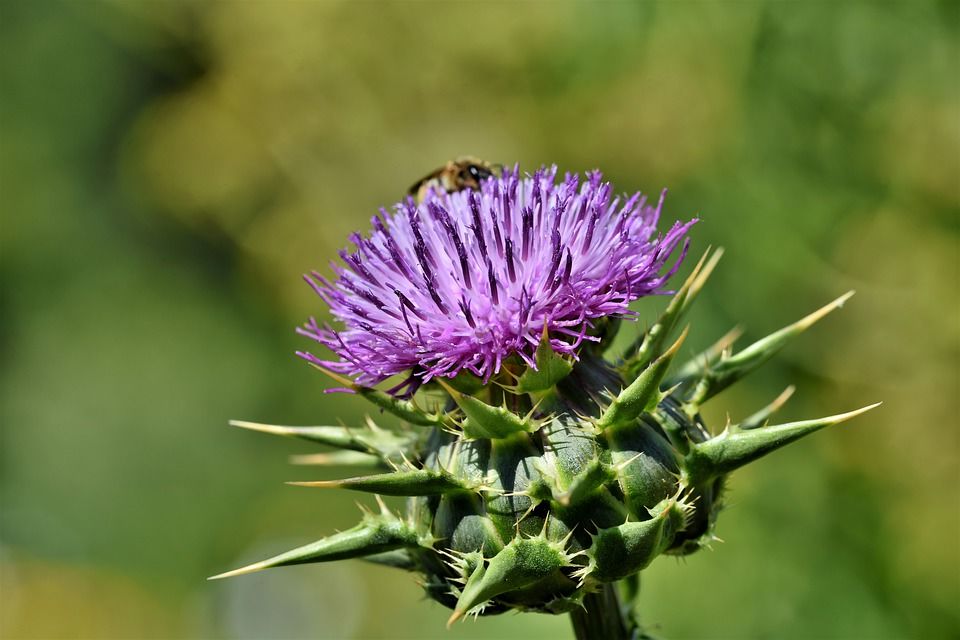 Yes, it is as simple as that. Through an approach called Germanic New Medicine, Danny Carrol helps us identify what switches on cancer and how we can switch it off

Dr. Hamer: Hounded by the medical profession for his radical theories
In 2013, I went through a very difficult health condition. For six months, the muscles in my entire body were riddled with golf-ball-sized knots. A passionate marathon runner I could barely walk, forget running. After spending months on painful physiotherapy having the knots ironed out of my muscles, only to have them return two days after the treatment, I gave up on physio and turned to my business partner, who is a practicing emotional healer. He pointed out that my rigidity was causing the knots in my muscles, and when I understood it, the knots disappeared overnight. I then trained for the Mumbai Marathon in three and half weeks and ran 42 km in 11 minutes short of my personal best time without a single cramp or injury. The normal training period for a full marathon is at least three to four months. This was a transformational experience for me in understanding the power of the mind to both give us health and take it away.
As part of my Corporate Social Responsibility commitment, I have been working with late-stage and terminally ill cancer patients for many years using various complementary and alternative treatments. My own healing led me to conjecture if there was some relationship between the mind and cancer. I decided to do a Ph.D. on the subject. While looking for a University to support this Ph.D., I found a German doctor called Dr. Ryke Geerd Hamer who was reported to have around 90 percent success rate in healing late-stage cancer patients using a form of mind-body-healing. I have spent a little less than two years studying the medical science developed by Dr. Hamer, called Germanic New Medicine, and find it to be extraordinary.

The iron rule of cancer

Dr. Hamer started on his own journey of studying the mind-cancer connection in 1978 when he got testicular cancer. This happened three months after his son Dirk was murdered by an Italian crown prince. He could not help but believe that there was some link between his son’s murder and his cancer. To confirm this when he was later appointed as the head internist at a clinic associated with Munich University in the gynecological oncology unit, he examined 180 women to see whether they had suffered from similar emotional trauma as he had before they got cancer. Without exception, they all had. Out of this study, he established what is now called ‘The Iron Rule of Cancer’, and that is that cancer can only be caused by emotional trauma.

Dr. Hamer discovered that when you have an emotional trauma that catches you ‘on the wrong foot,’ it affects you on three levels, the psyche, the brain, and the organ. The emotional trauma leaves a set of target rings on the relay in the brain that manages that organ, and also on the organ. These can be seen with a Computerised Tomography Scan (CT). He can tell your entire medical history from a CT Scan. Here below is an example of Dr. Hamer’s work.

“After a lecture, I gave in Vienna in May 1991, a doctor handed me a brain computed-tomogram of a patient and asked me to disclose the person’s organic state and to which conflict it belonged. There were 20 colleagues present, including some radiologists and CT specialists. Of the three levels (psyche, brain, organ), I had only the brain level in front of me. From these brain CT scans, I was able to diagnose a fresh bleeding bladder carcinoma in the healing phase, an old prostate carcinoma, diabetes, old lung carcinoma and a sensory paralysis of a specific area in the body and, of course, the corresponding conflicts. The doctor stood up and congratulated me. ‘Five diagnoses and five hits. That’s exactly what the patient has, and you were even able to differentiate what he has now and what he had before. Fantastic!’ One of the radiologists told me ‘I’m convinced of your method. How could you have guessed the fresh bleeding bladder carcinoma? I could find nothing in the CT scan but now that you have shown us the relay, I can follow the findings.’”

When Dr. Hamer presented his initial findings on the connection between emotional trauma and cancer to Munich University, he was given two options, either to retract his findings or be fired from his job. When he refused, he was summarily dismissed. Munich University later admitted in court that they made no attempt to validate Dr. Hamer’s discoveries, and refused to do so even though the law compelled them to. Later, they withdrew his license to practice as a doctor. Then they got a high court injunction to stop him from meeting patients. He was thrown in prison twice and released unconditionally each time because the high courts in Europe found he had been unjustly prosecuted. They made 75 attempts to get him sectioned and put him in a mental institution. And he has had attempts on his life. Very few people have been lucky enough to get exposed to his method, which I was fortunate enough to do.

Dr. Hamer discovered that cancer has an ‘on switch’, a ‘biological meaning’, and an ‘off switch’. The ‘on switch’ is the emotional trauma that catches you on the wrong foot. For Dr. Hamer, it was the murder of his son. The ‘on switch’ runs in the subconscious mind and gets triggered as soon as you experience the emotional trauma. Dr Hamer got testicular cancer. He later discovered that this is caused by the emotion of suffering a ‘profound loss’. The biological meaning of testicular cancer is that the tumour on the testicle is testosterone producing. Dr. Hamer had lost his son. The testosterone produced by the testicular tumour makes a man more fertile. It is nature’s way of assisting someone to produce another child and resolve the conflict of losing a child. The ‘off switch’ is resolving the emotional conflict.

The biological programme has a purpose. Once that purpose has been fulfilled, the biological programme will switch off. This explains the spontaneous remissions of terminal cancers that modern medicine does not understand. Dr. Hamer started his work with cancer patients. He later discovered that the biological rules that he had discovered for cancer apply to all conditions known today as the disease. Dr. Hamer has spent over 30 years working with over 20,000 patients mapping the emotional conflicts that cause diseases. This has been recorded in the Scientific Chart of Germanic New Medicine. All of his research was done with empirical cases and using the latest medical diagnostic technology. Each case was then verified on the three levels of the psyche, the brain, and the organ, and contains no hypothesis. So we now know the ‘on switch’ for all diseases.

Dr. Hamer has also worked out the biological meaning of all diseases. Testicular cancer produces testosterone to make a man more fertile to replace a lost child. Ovarian cancer is similar. An ovarian tumour runs for exactly nine months after the resolution of the conflict and matures into an indurated cyst. The indurated cyst produces estrogen. The estrogen will make the woman look 20 years younger than her age and make her very fertile. The biological meaning is to make her more attractive to the opposite sex and fertile so that she can replace her lost child. A mammary breast gland cancer is caused by a nest conflict, a child can get hurt or become seriously ill. The mammary tumour is milk-producing and its biological purpose is to help the mother offer the child her breast to nurse the child back to health. A stomach cancer tumour produces digestive enzymes and so on.

How to switch off

There are actually two ‘off switches’ to disease or biological programme as Dr. Hamer prefers to call them. The best way to switch off the biological programme is to practically resolve the conflict that triggered the programme. For Dr. Hamer that would have involved having another child. Practical resolutions to conflicts are not always possible. Dr. Hamer’s son was 19 when he got murdered. He did not want another baby in his late 40s. Nature, unfortunately, does not factor in these practicalities. What Dr. Hamer discovered was, when you ‘consciously’ connect the symptoms of the disease with the emotional trauma that triggered the disease process to start, it triggers the ‘off switch’. So by recalling the exact time when you got caught on the wrong foot and consciously connecting it to the symptoms of the disease, you can switch off the disease like a light switch. The disadvantage with this off switch is if there are reminders or triggers of the original emotional trauma, it can switch the programme back on again so you may have to keep switching it off.

I am a very skeptical person. So my first challenge to trust Dr Hamer’s medical science was to see if I could follow his scientific chart and switch off any disease symptoms. So far I have switched off irritable bowel syndrome that I have had for about 10 years. I have switched off my lactose intolerance, cured my psoriasis, switched off relapsing disc pain in lower back and neck, ear infections, stys, and the list is growing daily. And let’s not forget, I switched off a loss conflict that had reduced my left testicle to half of its original size that has been running for 20 years. And when you learn to do it, it is a ton of fun. In India, we are starting work with chronically and terminally ill patients. That is patients for whom modern medicine has no solutions. Germanic New Medicine has no definition of terminally ill. If you are alive and breathing, you can resolve a conflict. So if your doctors tell you it is the end of the road, remember that you read this article.

Danny Carrol is a postgraduate from LSE, GNM counsellor, venture capital investor, passionate marathon and ultra-marathon runner and has lived in India for 20 years.