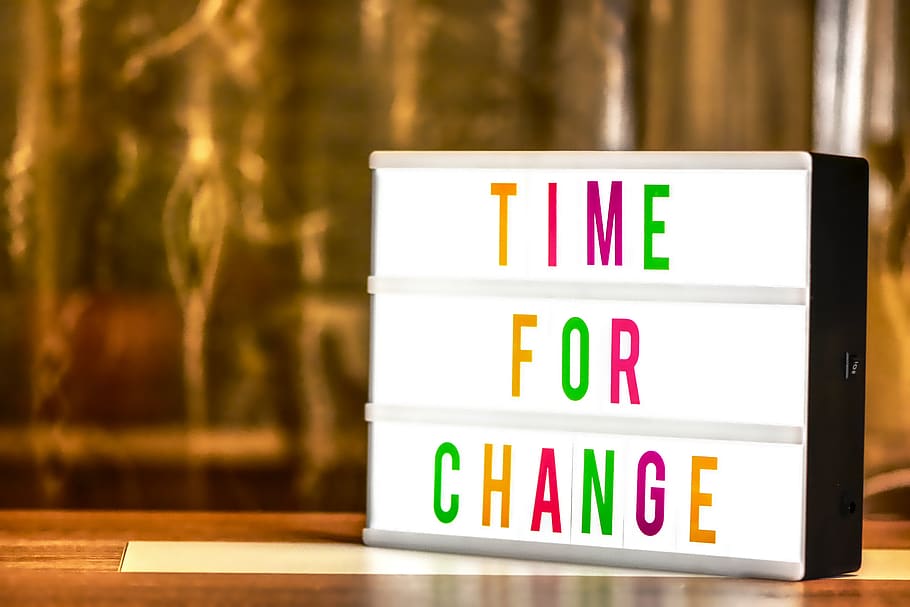 Wipe your mental slate clean of negativities simply with a word or two. Fatema Diwan explores the magic of switchwordsJames T Mangan was the kind of person who stood out in a crowd… and how! He was a public relations man, specialising in writing self-help books, who decided to claim ownership to outer space – going as far as to issue passports for the astronauts! So when this eccentric man created a new system (or what he called A New Push Button Science), it received a lot of attention. What is more, this system of switch words, as its creator called it, actually showed astounding results!

What are the switch words?

A “switchword” is the essence of an experience, condition, or the desired result expressed as a single word. Switchwords are solo word affirmations and can be found in numerous combinations. These words communicate the ego wishes to the subconscious. For example, the master switch word is TOGETHER –  used to unite the divinity with the being and to bring together the results of what is intended.

Switchwords can be reconstructed as per your need but it won’t be effective if the key factors are missing. There is the right way to tap into the subconscious, positivity and correct frequencies.

To put this three-ingredient theory to test, I spoke to people who have been practising switchwords for a reasonable time.
Anjana Ketan Mehta, a Mumbai-based healer and therapist, does not want to be labelled a switchwords mentor, but her students and participants from her workshop like to call her a contributor of positivity and medium of change. While she is trained in other modalities it was switchwords that finally felt like coming home, something that could change people’s lives.

“Things started to change in my personal life, and I realised that this modality actually made a difference. I immersed myself in research, fervently reading up any vital information regarding switchwords for months. I have learnt other modalities but this – this was it. My central focus now was to spread it to as many people as I could.”

She continues, “I started by becoming part of an open Whatsapp group where people from all over the world – Toronto, Africa, Hong Kong – could send me queries about finding prosperity, searching for one’s soul mate, struggling with one’s self-image, and curing longstanding ailments! Switchwords made it all better.”

Anjana points out that every letter, and therefore every word, emanates a certain frequency. “The fastest way of getting switchwords to work is by writing it on the affected area in blue ink so that the frequencies are directly absorbed by the body. Like how calming music works for a person who is suffering from depression or how your heart is set at ease when you hear the soft soothing voice of the one you love. When different frequencies are in tune, positive results occur.”

However, switchwords can be applied anyway. It can be written on the body or paper, chanted aloud or sung in your favourite tune, just setting an intention mentally – heck, you can even put on some of your hip hop moves to it! Whatever works for you is the correct way.

Priyanka Ghode, a numerology practitioner from Pune, says, “Being a numerologist, everything centres around numbers and frequencies for me. For example, when you change your name, your aura, and your vibes change, thereby attracting the right kind of people or circumstances. That’s how it works.”

She adds, “My belief in this system was established last December when due to last-minute cancellations I had just two registrations for my numerology workshop. Naturally, my first instinct was to cancel the event but something made me share this with Anjana, who has been a great support in times of distress. She introduced me to switchwords, which I’ll admit, was something that I was a little cynical about when I first heard of it.”

She continues, “But she explained to me that just as the name changes I advocate in numerology work, so does this technique. So I agreed to try it. I wrote three words: SWARM CIRCULATE CREAM on my hand. The very next day a group of 12 called me up and said that they had seen the event’s picture on Facebook and if it wasn’t too inconvenient since it was so last minute, they’d like to register.  It was a whole two minutes before I could muster up the correct response.”

She concludes, “I still chant DIVINE ORDER CLEAR when I’m stuck in traffic and it always, always works to get my car out, even though everyone else’s is still stuck in the same place.”

Now it was time to assess the role of positive affirmations in switchwords and so I called up Geethu Rao, a Mumbai-based homemaker and numerologist.

She says passionately, “I have always believed in the power of positive thinking, so when I joined a workshop and learnt that for switch words to work we must set a positive intention, it went perfectly with my beliefs. The results were so miraculous that my entire family has started using it. My mum uses it for her back, my husband for his eye floaters, and I use it for thyroid. Even my kids use it while travelling. Switchwords have been an anchor for me in tough times. In fact; DIVINE MAGIC BEGIN NOW is now my mantra for everything as it stands for prosperity and positivity.”

She cites the case of her sister-in-law who was struck down with viral arthritis.

“She is a diabetic so that made the healing process slower. The pain had paralysed her to the extent that she couldn’t even get up to drink a glass of water, let alone go to the washroom. My mentor asked me to charge her water (write switchwords on paper and put the bottle on top) and it worked overnight! My niece had just gone to sleep. Bhabhi didn’t want to disturb her so she slowly got up, walked towards the kitchen and filled herself a glass of water – all on her own!”

She concludes, “I believe that switchwords can be absolutely magical when one sets the right intention and believes in that intention. Our thoughts create our world so why not use positive words, and think positive thoughts to create a positively powerful reality?”

When we keep thinking something negative like “I am no good” or “I can’t do this”, we create little lettered monsters that bog us down, scarier than the ones under our bed, as they live within us. Positive declarations work the same way. The catch is that these words play with our conscious mind which is always conflicted. Remember the time you had to sleep early but couldn’t because your mind decided to air an unscheduled movie called Things I have done wrong in my life or when you are looking in the mirror and you decide to feel good about yourself murmuring, “I am beautiful the way I am”, and this voice in your head goes like “...But if I had a smaller nose or fuller lips mmm…”

With switchwords, however, the results are involuntary and without conflict as they transcend the analytical, conscious mind and deal directly with our subconscious mind.

The most important ingredient is obviously the subconscious, so I spoke to Dr Hatim Merchant, a Mumbai-based psychotherapist, who teaches how to activate the midbrain so that we can do cool stuff like reading a book without even opening it! Naturally, he felt like the right person to talk to about the influence and hidden power of the subconscious mind.

Now, this is exactly where switchwords come into play.  They work as cues to the subconscious. Since we also introduce negative thoughts and constantly reinforce them, the subconscious mind makes
them routine. Switchwords short circuit this habit loop and reprogramme it for more positive patterns to sink in.

Now, staying true to its theme, I bid you in Switchwords lingo to create happy energies for yourself a.k.a. – GIGGLE GIGGLE CHUCKLE… ah, look at you chuckling already! About the author: Fatima Diwan is a ninteen-year-old student of psychology, still trying to find herself through three magical equipment-good books, good movies, and four-legged furry creatures.