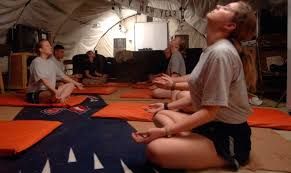 Dr. Biswaroop Roy Chowdhury healed himself of poor memory and a faulty heart, and now spends his time healing others, and urging them to take back control over their health, says Jamuna Rangachari

When life gives you a lemon, make lemonade, goes the saying. But not everyone is adept at the art of lemonade making. Most people give up mid-squeeze. Not Dr. Biswaroop Roy Chowdhury, though. Life has been giving him lemon after lemon ever since he was a little boy, and he’s been keeping the lemonade coming. No wonder his story makes for inspirational reading.

At four years of age, Biswaroop Roy Chowdhury was operated for a hole in his heart. He recovered from the operation but was told he could not take part in sports. His weak memory came in the way of his being a good student, though he scraped through to engineering college. As he was neither good at sports nor studies, he hardly had any friends. It was only because of the support of his parents and their diehard faith in his capacity to overcome anything that he continued striving, and not giving up on life.

It was at this stage that he read a book by Solomon Veniaminovich Shereshevsky, a Russian author, in a library on improving memory. Inspired by the practical techniques in the book, he did what was suggested and could see results in just a week. He felt inspired to share his discovery with others, for he did not want anyone to suffer as he had. Improving memory then became his passion.

He vowed to create geniuses from average and below-average children. In this process, the Dynamic Memory Pvt Ltd was born in Faridabad, Delhi. He was clear he needed to practice what he preached and kept working on himself too.

Soon, he achieved something remarkable. He earned the reputation of “Guinness world record holder in memory” by beating Germany’s Michaela Buchvaldova’s world record by recalling 14 randomly selected birth dates with names in the same order in two minutes.

The problem with his heart, however, continued. He tried some mind techniques but that was not enough. Is it not said that avenues open up when one is ready to learn? Again, books came to his help.

He came across The China Study, a book by T Colin Campbell on medical nutrition, and studied it ardently. Soon, he did a doctorate in Medical Nutrition, and a specialization in The China Study from Cornell University, USA. What’s more, he cured himself through this technique and his ardent affirmations that he would indeed get healed. It was at this stage that Biswaroop became Dr. Biswaroop.

At around the same time, he came across Dale Carnegie’s book, How to Stop Worrying and Start Living. The book inspired him to go beyond himself and serve others around him. By then he was already a motivational and memory development speaker, but now his focus was on physical healing. Observing the increase of lifestyle diseases, he wanted to use his newfound knowledge to help people cure themselves. He began holding talks and also treating patients. Soon, he began to achieve very good results.

Tilak Raj Virmani, a 51-year-old gentleman from Delhi was diabetic, and the medication affected his digestive system. The allopaths advised that he should switch to insulin injections. Fortunately, he attended Dr. Chowdhury’s seminar last year and consulted him. After just three days of following his advice, he could see concrete results. He is now of any kind of medicine, is extremely energetic, and recommends Dr. Chowdhury to everyone.

“I am so happy that I am able to enjoy a glass of sugar cane juice,” says Mr. Yogesh Mittal, 54, an industrialist from Delhi, and formerly a diabetes patient. He has been off all medicines for over a year, has lost 16 kgs, and is now able to eat everything that is natural now. He shared that he had been on 12 tablets a day earlier. When he went for treatment to Dr. Biswaroop Roy Chowdhury, he improved in three days and became completely all right in one-and-a-half months. “Dr. Chowdhury has restored wellness in our family,” he says. His 70-year-old mother is recovering from diabetes, aches, and pains, and his 76-year-old father’s Parkinson’s has shown improvement through his diet plan.

Even more than his techniques, perhaps what we really need to learn from Dr. Chowdhury is his diehard spirit and capacity to parlay to others all that has helped him attain wellness of body and mind.

Excerpts from the interview:

What is the memory-enhancing technique you practice and how long does it take to work?

Does diet also play a role in enhancing memory?

Surely! Diet plays an important role in keeping the memory intact or perfect. Whatever you eat goes to every cell of the body including the cells of the brain, which stores memory. So a good diet can help everyone improve memory power.

What made you think of ending illness through lifestyle changes?

Diabetes, arthritis, heart ailments, cancer, migraine, and even tumor are known as lifestyle diseases because they are caused by faulty lifestyles. Therefore, it is logical and scientific that the moment you correct your lifestyle, the disease should vanish.

We have seen that people take drugs for heart disease and thyroid for decades without getting healed.

Why then do we believe that medicine can help us reverse a disease? The doctors say medicine can control, but actually sometimes medicine makes you worse because the patient increases the dose of medicine/drugs to get the same amount of relief.

I felt this was not the right way and began working on reversing illness.

What is your approach?

My approach is not just naturopathy but combining good food choices with medical nutrition. We ask people about their current diet, routine and understand their condition. After this, we give them advice on nutrition and a proper routine, of eating on time, sleeping on time, and some physical activity. Getting well, after all, is a package, though diet is an important part of it. In my experience, any disease that is due to a faulty lifestyle can be reversed using this approach.

How soon do you think the diseases can be handled or cured?

Diseases like migraine, thyroid disease, high blood pressure, cancer, arthritis, diabetes, and even obesity, can be cured quickly. I have seen patients who have had diabetes for five years or less cured by the right kind of diet in three days or 72 hours.

In diabetes, we have a study of 1,000 people reversing the disease in just three days.

Similarly, a patient of high blood pressure can reverse this challenge within 15 days by taking the right kind of food. This is true of thyroid as well.

In the case of heart diseases, blockages can be removed within two days; it takes a maximum of one month to become completely all right. Cancer patients take three to six months to recover fully.

How soon do we need to work on our diet? What are the guidelines that you recommend?

Now! The sooner, the better. I suggest that even mothers of infants should learn about Lifestyle Nutrition Science and apply it to their infants.

Please mention a few guidelines for a healthy diet that can be followed by everyone?

I suggest the implementation of the following two rules to begin with:

Rule 1: Before 12 noon eat only fruits. Fruits of a variety of colors and in large quantities.

Rule2: At lunch and dinner, 50 percent of the diet must consist of salad.

Do you think people are making informed lifestyle choices now?

It seems to be the case but although people want to improve their health, they never take control of their lives themselves. Being exposed to television, newspapers, and advertisements, they indulge in unhealthy food and put themselves at further risk.

What are your plans for the future?

My plan is an education in health. I believe health is nothing but education. We cannot give the responsibility for our health to someone else. We have to be our own doctors. To educate the people of India, I am writing books and conducting seminars.

I have also joined hands with Vietnam to form an association called Indo-Vietnam medical board, where we have 500 trained health educators.

The health educators will conduct training of everyone and this will result in people taking care of their own health.

Jamuna Rangachari is a writer who has authored three books for children, including Elixir for Zylake published by Life Positive and compiled and interpreted Teaching Stories-I and II for Life Positive.