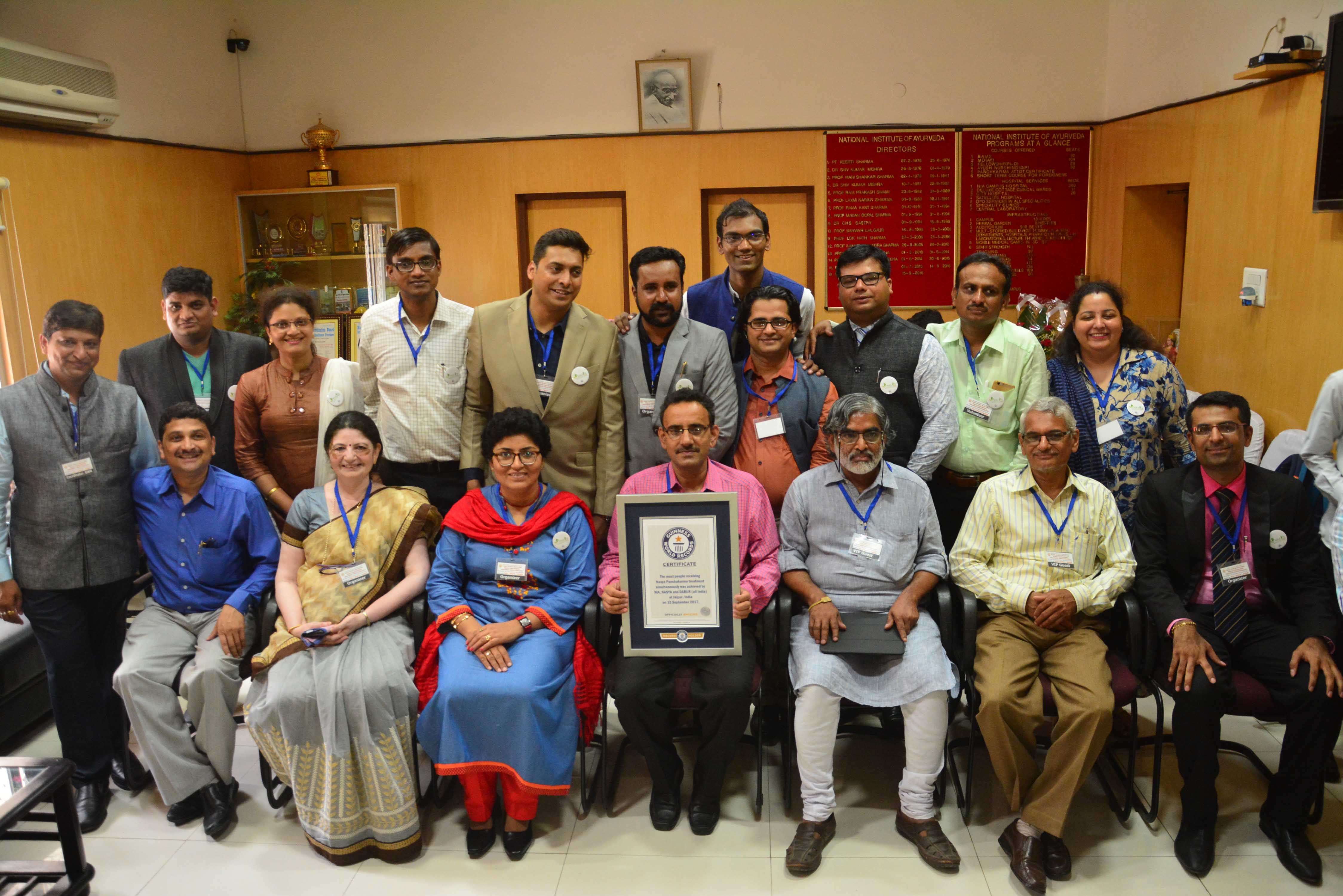 India is probably the only land in the whole world where science and spirituality are not at war; where ancient traditions, like ayurveda, had a basis in science and have withstood the test of time. Ayurveda, like yoga, is gradually getting popular at the global level and needs many more able minds to take it forward.

Conceptualised with the vision to help the young students of this discipline become adept clinicians, scholars, and researchers, NASYA (National Ayurveda Students and Youth Association), the largest ayurvedic youth organisation in India, was founded in December 2008. It came into being at the third World Ayurveda Congress at Jaipur, as a national movement, formed to bring students and youth together to research, practise, and propagate ayurveda.

A registered society and a trust, NASYA presently has over 2,500 lifetime members from 21 states, with its units functioning in 16 states. With a strength of 10 main office bearers and four NEC members, NASYA carries out clinical-based activities at international, national, and state levels in association with the Ministry of AYUSH, CCRAS, CCIM, FICCI, NIA, and other reputed organisations such as WAF, LPU, SDSP, Patanjali, Nanal Foundation, Arogyalay, NirogStreet and Yogshala.

Primarily introduced as a Vijnana Bharati initiative for ayurveda, with time, it has grown as a national platform for ayurveda enthusiasts who come from varying fields like pharmacy, engineering, and management. The zealous and passionate youth members of NASYA are keen to promote ayurveda, help it evolve, and achieve the stature it rightfully deserves. NASYA aims to instill in them the confidence and knowledge required, with the belief that youth, empowered with appropriate knowledge and information, can succeed in bringing this traditional Indian medical science into the mainstream of healthcare.

The main objective of NASYA is to revitalise ayurveda’s dormant branches by integrating and coordinating the scattered yet widespread systems of the science at three different levels of functioning: students, practitioners, and the public. The organisation aims to assist people studying ayurveda, imbibe and follow the ancient yet thorough treatment techniques effectively while striving to encourage the ayurveda way of life and create awareness about its philosophy and efficacy. To enable people to choose ayurveda as their primary health care option, NASYA aims to elevate the basic standards of ayurvedic students in the academic, clinical, and research areas, through prescribed textual methods; to ensure clinical competence in its students; and to serve people by providing the apt infrastructure required for ayurveda, like cultivation of medicinal plants, setting up of primary clinics, etc.

In a bid to empower students to overcome their obstacles and dilemmas, the organisation endeavours to unite all the ayurveda colleges and also impart the essential practical knowledge required towards becoming a successful vaidya or practitioner. NASYA arranges for eminent and experienced ayurveda gurus to share their expertise and knowledge with students and guide them further. Bringing forth the best of age-old teaching techniques and learnings from the ‘guru-shishya parampara,’ regular training sessions for all, including distant students, are facilitated and various career prospects post the BAMS degree discussed.

Unique concept-based scholastic events, organised pan-India, have not only brought in many laurels for this close-knit community of students but also contributed to their academic and all-round development. In the year 2017, the organisation had organised more than 50 events, including the record-garnering Rashtriya Ayurveda Yuva Mahotsav. On September 15, 2017, NASYA entered the Guinness World Records by setting a record for the maximum number of people (733) receiving Nasya Panchakarma treatment simultaneously in eight minutes. 11 more records followed. Numerous health camps to benefit the underprivileged are also held under its aegis.

To keep up the momentum of the cause, the coming months will witness various events which will include the launch of the traditional immunity booster for kids— the Suvarnaprashan program as well as the Rashtriya Ayurveda Krida Mahotsav, directed towards the holistic growth of the students. To impart the rare skill of Nadi Pariksha, a training programme for students and practitioners alike is in place as well.

With a commitment to deliver the best, NASYA has on board a dedicated, farsighted fraternity which understands the significance of a medical science as pure and natural as ayurveda. Prevention, not just the cure, is what we can achieve by believing equally and strongly in the holistic and rich concepts of ayurveda.

It is time to come together as the flag bearers of wellness and claim the general health for the whole society, something that has always been lying at arm’s length, if only one could comprehend and follow it in full measure.