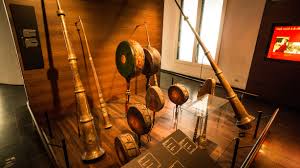 The Thanthra Vidya Peedhom in Kerala, perhaps India’s first tantric school, strives to revive this ancient science by freeing it from taboos and misconceptions

Tantra shastra, an ancient and powerful science with its unique rituals and beliefs, fell victim to the ravages of time and faded out from most parts of India. More so because it was often looked upon as an extension of black magic. Tantra worships Shakti (emphasizes female power and has a history that can link it with ancient fertility cults) and emphasizes the identity of the absolute and the phenomenal world, which can be realized through a set of practices.

However, this ancient system survived in Kerala, perhaps the only place where tantra is practiced and performed in a wider sense with the aim to develop individual potential. Here, the temples are consecrated strictly in accordance with tantra and mantra as the temple structure is considered a replica of the human body.

It was late Sri Madhavan and some eminent tantra practitioners such as Mangattu Kashi Vishwanath Varma, Mulanavazhi Devan Namboothiri, and Chenas Parameshwaran Namboothripad who stood as pivots of this tantric renaissance. Their urge for a systematic revival of this dying tradition resulted in Thanthra Vidya Peedhom, the first school teaching tantra— theory and practice—in the country, which was founded at Guruvayur in 1972. ‘This school was initiated by Sri Madhavan with the kind blessings of Kanchi Shankaracharya, Swami Jayendra Saraswati, ‘ informs Cheruvakad Narayanan Namboothiri, manager of the school.

Situated near the Periyar river, the school follows the traditional gurukul system of education. Besides tantra, the school provides training in the Vedas, yantra (pictorial representation of the tantric science), silpa (temple architecture), Jyotisa(astrology), yoga, and meditation. The students are also exposed to domestic work. Prasad, a senior student, explains: ‘First-year students have to do the cleaning, second-year students look after the adjacent temple of Lord Narasimamoorthi and its administration, fourth-year students serve food and fifth-year students cook for the entire faculty’.

An exclusive library with many valuable and rare books caters to the research faculties of the school. According to the principal, Brahmasree Kalpuzha Dvivakaran Nambuthiripad: When we started this school, very few people were interested. But now, we have to select students out of an increasing number of applicants.’

Tantra has a unique tradition of guru-shishya (teacher and student) relationship. Here, a strong bond and good understanding between the teacher and the taught is imperative for attaining knowledge. Initiation into mantra is its principle tool, which is practiced by the acolyte under his guru’s strict surveillance, Girish, scholar, explains: ‘Based on the habits, tastes and attitude of a student, the guru gives him some mantras. These mantras evoke immense power through repeated chanting, sensitizing the body. Hence, without a guru, the body might react to disturbances.’

This process of transmission of spiritual knowledge from teacher to student is called guru diksha. It culminates in poorna deeksha (attaining full knowledge) after which a student can perform the rituals. Girish adds: ‘Tantra is older than the Vedas as far as the written texts are concerned. Here everything has to be practiced and performed to cater to the need of a man, group, and society in order to lead them to salvation, the ultimate aim of tantra shastra.’

Tantra is not restricted to the priestly class. The tantra school welcomes anybody who is interested in the science, irrespective of class, creed or sex. ‘Women can also learn tantra, though none have yet come forward to join the school. In fact, women are given prominence in tantra since their performance is more powerful than that of men,’ says Girish.

Tantra is also practiced in some temples of north India such as Kamakhya temple in Assam, Jagannath temple in Puri, and Vishwanath temple in Varanasi. Girish says: ‘These are the centers where real tantric rituals are performed once in a year for the purification of the temple and its surroundings. But people are scared to learn tantra due to various misconceptions.’

However, efforts are being made in various quarters to preserve this ancient science. The Indian government and some non-governmental institutions are offering grants to the Vidya Peedhom in Guruvayur. But the expenses often exceed the grants. Says its principal: ‘We provide free education to all students, therefore funds have to be collected from other sources.’ The school also receives donations from its devotees and patrons and considering the rising interest in tantra Shastra, there might still be some hope for the total revival of this much-maligned system.