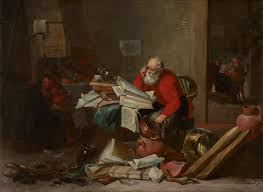 A true guru teaches people to simply look and see what is, instead of looking for God or truth, says Sadhguru Jaggi Vasudev in an interview with Arundhathi Subramaniam

It’s been 10 years since I met Sadhguru.

I wrote his biography some years ago – a chronicle of a yogi, adept, mystic and spiritual master – but my curiosity hasn’t abated. I may not agree with all his opinions, or ever understand his decisions, but the awe that he invokes in me is for real. What’s more, it only increases. He is, quite simply, a life maestro – capable of living life, moment to moment, with a level of profundity, awareness and mastery that is, to put it mildly, staggering.

Clarity and compassion – he embodies both. And yes, life around him can feel alchemical, empowering and liberating. But his most defining characteristic, I believe, is the zest he brings to the business of living. Nothing is too trivial, nothing mundane, nothing profane, nothing lowly, nothing devoid of magic and aliveness. To be in his presence is to be reminded every moment of what it must be like to look at life – not ‘through a glass darkly’ (as St Paul put it), but through a gaze unclouded by habit or hierarchy, by belief or sentiment. It is a gaze of inclusiveness and immensity. One that reminds you that logic and love are not mutually exclusive. That life can be explored and embraced at the same time.

Ten years later, he remains a mystery. But one that I am grateful to have encountered, and eager to experience more of.

In this interview, he discusses his transition from mystic to master, his work, his mission and his raison d’etre.

What exactly happened that day in September 1982 on Chamundi Hill in Mysore?

It was afternoon. I rode my motorcycle up Chamundi Hill and sat on an outcrop of rock.  Until that moment, in my experience, my body and mind was ‘me’ and the world was ‘out there’. But suddenly I did not know what was ‘me’ and what was not ‘me’.  My eyes were still open. But the air that I was breathing, the rock on which I was sitting, the very atmosphere, everything had become me. I was all over the place. The more I say, the crazier it will sound because what was happening was indescribable. What was me was literally everywhere.

When I returned to my normal senses, it felt like just 10 minutes had elapsed. But my watch told me that four-and-a-half hours had passed. My eyes were open, the sun had set and it was dark. I was fully aware, but what I had considered to be myself until that moment had completely disappeared.

I’d lived my life the way I wanted. Being peaceful and happy had never been issues. I had grown up in the ’60s, the era of the Beatles and blue jeans, read my share of Dostoevsky, Camus and Kafka. But here I was exploding into a completely different dimension, drenched in a completely new blissfulness. The only thing my sceptical mind could tell me is that maybe I was going off my rocker! Still, it was so beautiful that I knew that I didn’t want to lose it.

How did it change you?

The experience became more frequent. Within six weeks, it became my normal way of being. A huge flood of memory descended – literally, lifetimes of memory. Until this time, I had completely refused to accept anything in my life which did not fit into my framework of logic. Slowly, I began to realise that life is the ultimate intelligence. Human logic is mere smartness that ensures survival. But in terms of true intelligence, it is just life and life – and the source of life.

I began to experience a heightened sensitivity to others’ feelings. I couldn’t believe the misery people were capable of, when I was simply exploding with nameless ecstasies without reason. Right now people glorify childhood because a child can be happy for no reason at all. But I saw that it is possible to be ecstatic without reason in one’s adulthood as well.

And that’s when I realised that my experience was, in fact, yoga – ultimate union. I had been practising yoga as a
simple set of physical postures or asanas since I was 12 years old. For me, it was about physical fitness. But yoga is essentially a way of recreating the body so that it serves a higher purpose. The human body can function as a piece of flesh and blood or as the very source of creation. Yoga is the technology for transforming the human into the Divine. Until that experience on Chamundi Hill, I had no idea that what I’d been practising was actually a ‘spiritual’ process. And that’s why I tell people: even if you get into it for the wrong reasons, it still works!

But is such an experience really accessible to all, or is it the product of lifetimes of spiritual attainment?

The only problem is that we are seeking it in instalments. In the East, this longing has been culturally recognized as the highest human goal. Freedom – or mukti – is seen as a natural human longing.

The moment I realised that human desire was just to expand limitlessly, a certain clarity rose within me. My whole aim since then has been to somehow rub this experience off on other people, to awaken them to the fact that this state of  boundless, ecstatic well-being is within their reach. Everyone is capable of this — unless they wish to take lifetimes to become willing.

What do you think makes your approach to spirituality, as a guru, distinctive?

The word ‘sadhguru’ is a description, not a title. It means a person who comes from inner experience, from clarity, not from a traditional lineage or scriptural knowledge. I don’t ‘know’ anything. My mind is not clouded by outside information – either scripture or philosophy. People take established positions about everything. I have none. I have an eye. If I direct my eye, it shows me what is there. That’s all.

And that’s all I’m doing: teaching people to look. People think spirituality is about looking for God or truth or the ultimate. They’ve already defined what they’re looking for. Once you define what you are looking for, the nature of the mind is such it will create it. Looking is not about looking at, or for, something but just looking and seeing what is. If you really want to know spirituality, it’s important not to look for anything. It is about enhancing your perception, your very faculty of seeing.

My work is to teach people not to look upward or outward, but inward. Looking upward can lead to hallucination or to war. Looking outward can destroy the planet. In pursuit of happiness, human beings only need to turn inward. It’s not in conflict with anybody – and it’s eco-friendly!

There’s really no such thing as a Sadhguru teaching. You seem to relish demolishing people’s conclusions rather than offering any alternative content. Why is that?

At Isha, there are no teachings, only methods for self-transformation. That’s because I offer only the methods that have worked for me. The work I do is at the deepest core of the human being. It’s not on the level of personality; it’s on the level of life. What is done on the level of life doesn’t have to be tailored differently for different personalities, because the fundamental life process works the same way for everyone.

You’ve said the one thing you’re really good at is consecration _ making a place crackle with energy. Do you consider this your most important contribution?

Consecrating people would be best. But modern human beings keep changing their mind. Those who are absolutely and unconditionally committed, I make sure they live in a temple of their own. For those who are around with some conditions, my role is to make sure the direction of their lives is fixed. Otherwise, stones or inanimate objects seem better to work with!

You’ve said your only mission in this lifetime was to consecrate the Dhyanalinga – a subtle energy form with all seven chakras operating at their optimal capacity. That was established in 1999. Now what?

In a poem, I once wrote ‘Have lived the peaks too long/ Time to graze the valley of life’. That’s what I’m doing now – grazing the valleys.

Before I began the Dhyanalinga consecration, I spent hours on end for almost two years, in absolute silence and stillness. It was a process of internal reorganisation that was needed to start my transmission as a guru. The Dhyanalinga is done, and that was my only life aim, but the work is far from over. After those early days of complete stillness, my life is now about activity 18 to 20 hours, 365 days in a year. In between, I try to snatch time for some golf, but it’s minuscule. The work goes on endlessly.

It happened. Two men were working. One man was digging a hole. The other was closing it up. The third man who was watching this, puzzled, asked, ‘What are you doing?’ The first said, ‘It’s my duty to dig holes.’ The second said, ‘And it’s my duty to close them up. There’s also another guy who plants trees, but he’s on leave.’

It’s because he’s been on leave so long that I’ve stepped in! When I was at the World Economic Forum at Davos some years ago, someone asked me if I was that ‘amazing tree-planter’. He was referring to Isha’s Project Green Hands, under which 22.9 million trees have been planted in Tamil Nadu state. I told him I wasn’t. Planting trees is the job of other agencies, but only because they’re not doing it, I am! The Isha education, health and environmental projects – I don’t consider any of it to be some great achievement. It’s just an expression of one’s basic humanity, no more.

He then asked me what my work really was. I said: to make people flower. That’s the real work. How you and I feel within ourselves, is determining how the world is right now. If you flower within there will be fragrance in the world.

Are these difficult times to be a guru – in a climate of suspicion with a media that sometimes seems more driven by the spirit of the exposé than exploration?

Not difficult, but the outside world doesn’t always make it easy. At the same time, some of the internal controls that ensured the integrity of the spiritual process are gone. So, external forces are stepping in. That’s not a bad thing. Some cleaning-up needs to happen in every profession that’s responsible for other lives – whether it’s politics, medicine, law or spirituality. It helps maintain a level of integrity.

You once said every spiritual master plans well into the future. And yet, you seem to lead a life that is remarkably spontaneous and improvised. It often seems contradictory.

This isn’t some special achievement. Every human being can achieve this if he does the necessary inner work. The problem is that people are trying to enhance themselves with the accessories of life – wealth, education, knowledge, relationships. If they worked instead on enhancing their fundamental life energies, their lives would turn miraculous. This doesn’t mean you have complete control over your external reality. It is not that the cosmos begins to happen your way. Instead, what you are becomes cosmic.

About the author Arundhathi Subramanium  is a poet and seeker, also author of the bestselling biography, More Than A Life and Eating God: A Book of Bhakti Poetry.