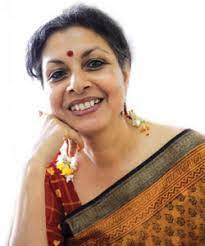 The anatomy of addiction

Suma Varughese demystifies the cause of addictions

Is there anything like an addiction-prone personality? I always thought I had one. I used to have fits of watching one movie after another on TV until way past bedtime, without being able to do anything about it. And then, finally, I would simply heave myself out of it and not watch TV at all.

But I could not abstain from food quite so radically. After all, I needed to keep body and soul together. And food was my grand obsession. I had always loved food, but I was not an immoderate eater until I decided to decondition myself some three decades ago. No sooner had I determined to do this than the whole contents of my mind surged up into consciousness.

Foremost among these was an obsession with food. To my horror, food seemed to consume me. I thought about food, I dreamt about food, and I was powerfully drawn to food. I simply could not stop myself from eating the wrong food, even after I contracted major food allergies that prevented me from having wheat or wheat products, milk or milk products, fried foods, and most fruits. Each time I broke the rules and wolfed down some of these forbidden foods—pastries and sweets were the hardest to resist—I would come down with allergic colds that deprived me of sleep. They would eventually settle into my chest, preventing me from going for walks or travelling, and generally inhibit me from leading my life optimally.

The less control I had over what went into my mouth, the greater the fear. I kicked myself endlessly but that never seemed to help. Each time I ate something I should not, I would be consumed with wild regret and guilt. The issue compounded after I developed irritable bowel syndrome (IBS) as a direct result of unwise eating habits and my fear, guilt, and regret ratcheted up dramatically.

It has taken me all these years of self-work to figure out where I was going wrong and why I was unable to break out of my addictive patterns. The problem, I have discovered, is not what I eat. It is the fear, worry, and anxiety that accompany my consumption. At the first sign of trouble, these emotions are joined by their toxic siblings: regret, guilt, and shame. In the face of these overwhelming emotions, the body is simply unable to function. Strong negative emotions stress the body, causing it to contract and tense up. When this happens, cell walls do not come down, preventing the exchange of information and fluids. Blocks form and stop the flow of life-giving prana, leading to disease.

I used to worry endlessly about ruining my body. There was no way I could ruin my body; the body is built to be healthy and will return to health when temporarily debilitated, provided the mind is under control. The problem is not the body. It is outsized emotions.

And why were the emotions so volatile? Because of poor self-esteem. Poor self-esteem inclines you towards self-distrust. Towards self-sabotage. And towards fear, guilt, shame, and self-condemnation. It prevents you from accepting your emotions or yourself. It creates a sense of helplessness. It is this combination of low self-esteem and the resultant cocktail of emotions which causes the addiction. It is not weak will as many addicts are accused of.

Thanks to my self-work, I am gradually healing. I am learning not to identify with the emotions but to pay loving attention to them instead. And I am noticing that when the mind is more tranquil, the body can manage to digest even what you would consider indigestible. Or spring back from a sore throat or a cold, without much harm being done.