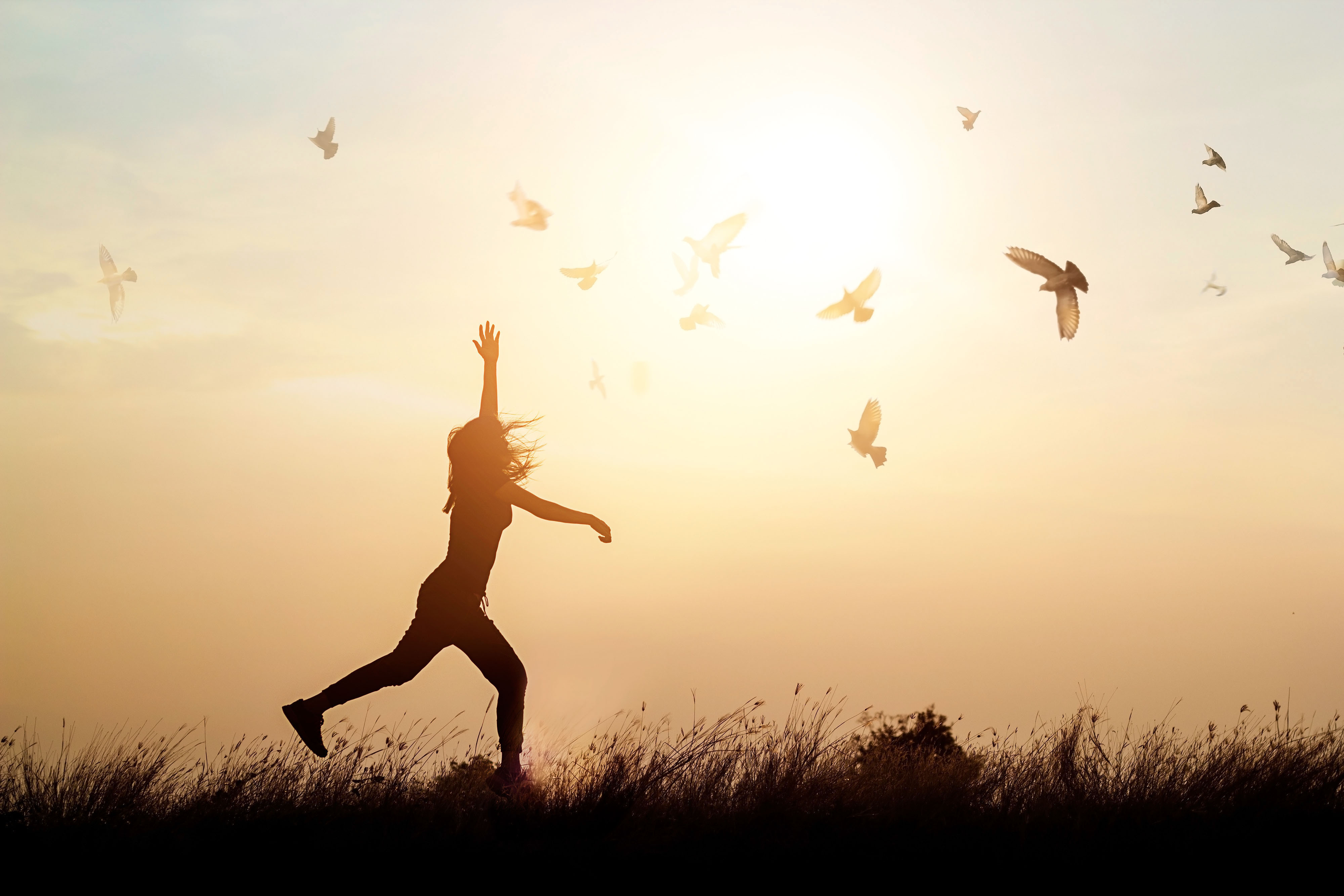 In the second article of her series on work-life balance, Archana Raghuram shares an effective method for taking charge of your life

About 10 years into my career in software development, I was heading the offshore delivery of a large client account and handling a team of about 200 engineers working on several software projects. My office was situated 30 km from my home. Every day, it used to be a long commute to the office in heavy traffic. This was followed by a long, stressful day at the office, dealing with calls from onsite, escalations, and tough deadlines. Then it was a long commute back home. By the time I reached home, I was ready to crash. But there used to be things to deal with at home: homework to be completed, dinner not ready, unexpected guests, etc. I remember being so tightly wound and stressed, that people at home used to be afraid of me. Even the smallest thing would set me off. Almost every day, I used to contemplate quitting. Today, I am going to talk to you about the paradigm that helped me overcome this situation and set me on a course for success in my career.

Circle of concern vs circle of influence

I learnt about it in the book 7 habits of highly effective people by Steven Covey. The first habit which Steven Covey describes in the book is called ‘being proactive.’ It is a simple and extremely effective tool for taking control of your life. He explains this with the help of a diagram. 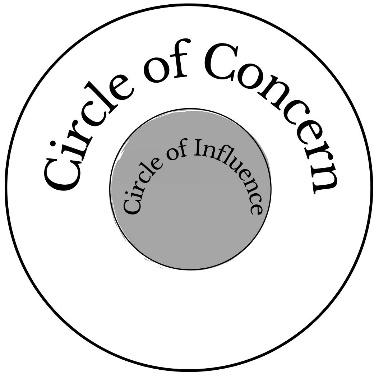 The outer circle in this diagram represents all the things that affect us. Traffic jams, bad bosses, difficult family members, health, etc. This is our circle of concern. The circle inside represents a subset of our concerns over which we have some influence and control. For example, you can prioritise, manage your time better, maintain a positive attitude, and learn new skills. 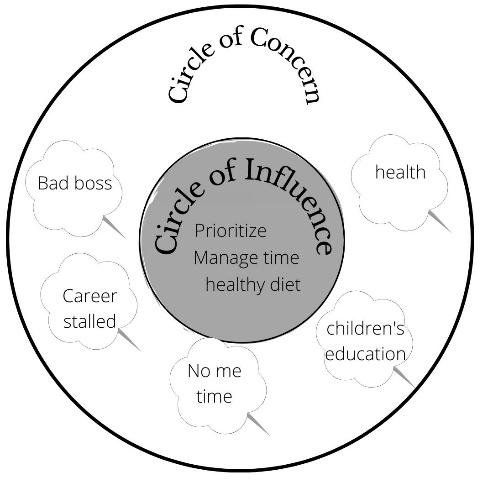 Covey says there are two types of people. He calls them reactive and proactive people. Reactive people focus all their attention and energy on their circle of concern. Their thought process is something like this: If I had a better job, if my boss was more understanding, if my husband was more supportive, if my children were not so demanding, if my mother-in-law was not such a terrible person, then I would succeed. I am failing because of all these circumstances. 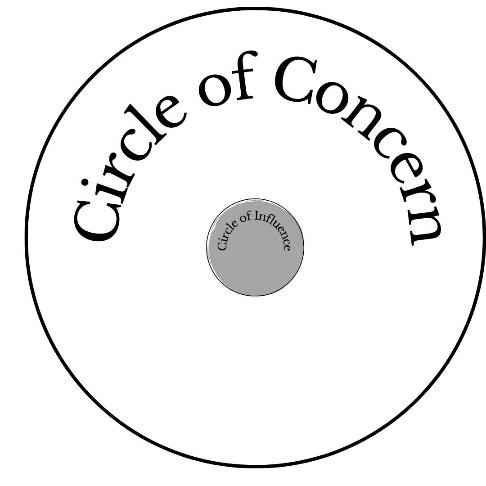 On the other hand, proactive people make it a habit to focus their energy on their circle of influence. The voice in their head goes something like this: How can I improve myself? How can I communicate better? What should I change to make things better for myself? As a result of constantly focussing on their circle of influence, their ability to influence and change their life keeps increasing. Just like a muscle that is well trained, their ability to control their life is strong. As a result, proactive people have a large circle of influence. 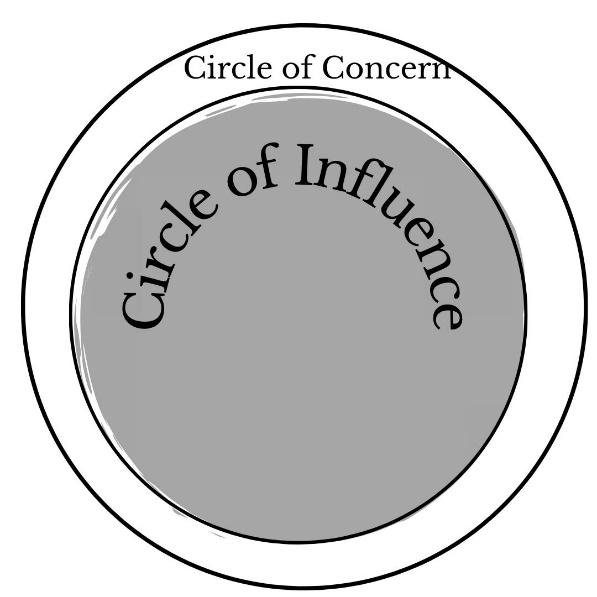 Steven Covey gives the example of Dr Viktor Frankl, a Jewish psychiatrist,  who almost died in a Nazi concentration camp. He says, even in the complete helplessness of the concentration camp, there are some people who maintain a positive attitude. According to Frankl, there is one thing that no one can take away from you. It is your freedom to choose how to respond to a situation. It is the last freedom that remains with you even after you are stripped of everything else.

I had an epiphany when I read this. All this while, I was thinking I was the victim of my circumstance. It seemed like there was nothing I could do to change it. My office was far away; my working hours were long; what could I do about it? It dawned on me that if Viktor Frankl found a way to pick himself up in a Nazi concentration camp, surely, there is something I could do. I started focussing on my circle of influence. I began thinking about what I could do to make my life better. I discovered that the reason I was so tightly wound was that I had no time to relax and unwind. Since childhood, my way of relaxing was to read a good book. I realised that I had a lot of time during the long commute, to and from the office, which I mostly spent complaining about the traffic. I could use this time for reading.

So, I started reading during my commute. This was only a tiny change in my routine, but it had an extraordinary impact on my life, both in the short term and long term. Reading immediately improved my day. The commute stopped bothering me because I was doing something that I enjoyed. Even after a stressful day at work, I used to read a book and calm down before I reached home. As a result, I was in a better frame of mind to deal with challenges at home. Even though the amount of time I spent with my family did not increase, the quality of that time definitely improved.

It had an even more remarkable impact in the long term. One day, I came across this book called A leader’s guide to storytelling by Steven Denning. It was about how to use stories to communicate within organisations. After reading this book, I met my CIO, who was pioneering an internal blogging platform for my company. I lent him my copy of Steven Denning’s book, and I told him I was interested in starting a blog to collect stories from within the organisation and share them with everyone.

It became one of the most popular blogs in cognisant. People across the company read and contributed their stories to the blog. This way, I could reconnect to another one of my passions—writing.

During blogging, I came across many people in the organisation who were involved in community service. Some people were helping orphanages stay open, sponsoring children’s education, building technical platforms for nonprofits, and going back to their native village schools to help improve the infrastructure. I used my blogging platform to publicise their work and share their stories. After reading these inspiring stories of employees making a difference to society, our CEO decided to set up a CSR department to help these volunteers contribute more effectively to society. I was invited to set up a global volunteering program and run it. This went on to become one of the largest corporate volunteering programs in the world. All the awards that you see in my resume are the result of the work we did through this volunteering initiative. More importantly, it was one of the most gratifying and fulfilling experiences of my life.