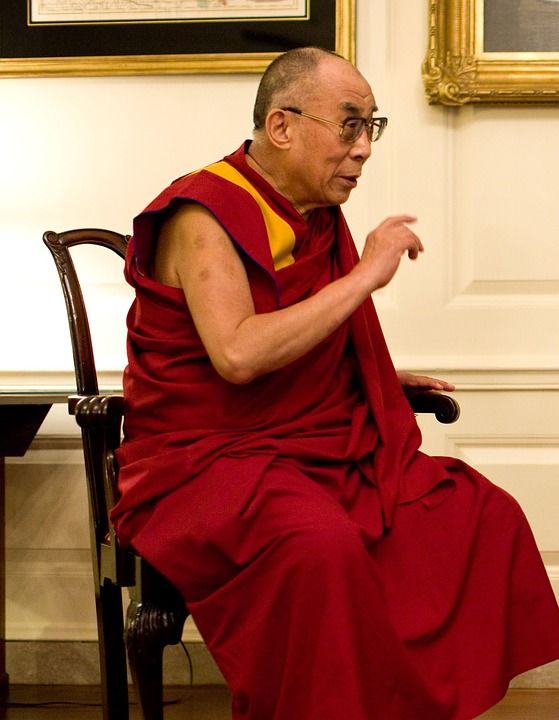 The Dalai Lama Experiments With Truth

By Swati Chopra January 2003 By refusing to back violence as a weapon of dissent against China, the Dalai Lama has stood by the principles of Buddhism. The Dalai Lama’s middle path policy has been criticized by many as being politically naïve and ineffective ever since protests broke out in Lhasa on March 14. It has been felt that non-violence as a weapon of dissent cannot work against a totalitarian regime and that nobody in China is moved by his appeals to their conscience. Some feel that he must stick to spirituality, and leave politics to others better suited to its demands.So, what are the demands of politics in our times? An ideology that appeals to narrow self-identities, a cynicism that allows for the manipulation of people and systems, a way with words that might be persuasive but lacks sincerity, a posse of skilled spin doctors, deep pockets, and so on? Surely, there is space in our world, not to mention a crying need, for a politician of a different sort. A spiritual politician, in the tradition of the platonic ‘philosopher-king’, motivated not by personal ambition, but by the wish to serve. In the 14th Dalai Lama, this ideal is a living reality. Take, for instance, his refusal to hate the enemy or resort to divisive rhetoric. While stating the facts about the repression of Tibet and standing by his beleaguered people, the Dalai Lama has tried to keep channels of communication with the Chinese government open. At a gathering in New Delhi in the last week of March, when every day brought fresh news of the brutal crackdown in Tibet, the Dalai Lama said, “Every evening, I give and take.I take all the hatred and negativity the Chinese direct towards me. And I give back compassion, loving-kindness, and peace to them.” This perspective and its relentless daily practice is rooted in the Buddhist understanding of the mind as a dynamic process, as opposed to fixed, which can be transformed through awareness and cultivation of positive mind-states. One may not be able to change one’s circumstances, but one can ensure one is equipped with a calm and compassionate mind to handle them.To arrive at the truth, the Dalai Lama says he uses the Buddhist approach of eschewing extremes and examining an issue from multiple perspectives – a strategy that pre-empts rigid positions. Thus, he is able to accommodate others and see from viewpoints other than his own, which has led to the openness of dialogue and compromise in the worst situations. Non-violence is crucial to the Buddhist worldview that sees reality as a chain of interconnected phenomena. Ends, therefore, cannot justify the means. It is actually the means – how you make the journey – that justifies the ends. If you do get independence, and it comes because you have harmed the other, whatever you were fighting for, you have already lost.Those who feel the Dalai Lama’s non-violence has failed to save Tibet must ask, “What is the Tibet we are trying to save? Is it a geographical area, or is it also a unique civilization?” The Dalai Lama may have failed to liberate the former, but he has undeniably saved the latter. At one level, his policy of non-violent resistance has prevented a holocaust in Tibet. At another, it is an affirmation of the ideals of Buddhism that are inextricably interwoven into Tibetan culture and identity. The Dalai Lama has wrested Tibetan civilization from spiritual decline by challenging it to practice its ancient ideals, here and now. Just as Mahatma Gandhi inspired India to live up to her civilized values of Satya and Ahimsa, and turn them into practicable means to an ethical end.Yet, Gandhi did not wish India to return to some glorified past. He was impatient with aspects of tradition that were unjust and disconnected from modern humanism, such as women’s subjugation, caste, and communal divides. He worked tirelessly to weed them out. The Dalai Lama, too, is a modern mind committed to positive change through social innovation. He has ensured the Tibetan government-in-exile is elected democratically and has made it clear that feudal Tibet is history. He admires Marxism for its stress on economic equality. He is ecologically aware, keeps up with the sciences, and has ensured modern education for exiled Tibetans. At a deeper level, the Dalai Lama has encouraged his people to develop a strong ethical core. To retaliate with guns and grenades is easy. To choose non-violence by connecting with inclusive compassion, and viewing life as not shaded by likes and dislikes, but as a whole, requires far greater courage. The Indic traditions of wisdom accorded the greatest respect to those who conquered their inner demons, and who raised themselves out of narrow identities to a realization of universal oneness, rather than those who conquered lands and peoples. Not so long ago, we the people of India threw in our lot with a frail man in a loincloth because we were moved by his inner strength. Today, in a world where violence and weapons outweigh dialogue and reconciliation as responses to conflict, the Dalai Lama and his six million people have revived the spirit of Gandhi, just as the Civil Rights Movement led by Martin Luther King Jr., and the Anti-Apartheid struggle symbolized by Nelson Mandela did. Does today’s India have the spiritual strength to support this new experiment with the truth? We welcome your comments and suggestions on this article.Mail us at editor@lifepositive.netQuote: Swati Chopra is the author of Dharamsala Diaries (Penguin,2007) and Buddhism: On the Path to Nirvana (Brijbasi, 2005).