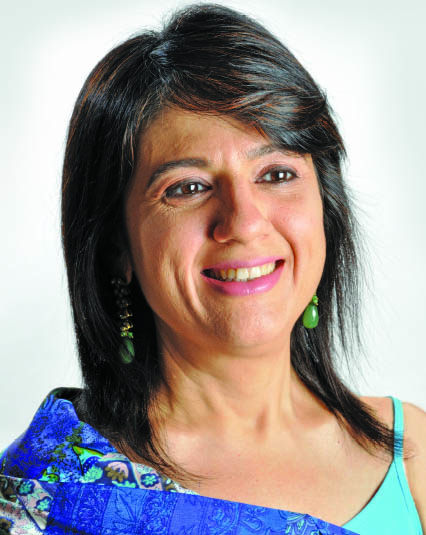 The goodness of jaggery

The goodness of jaggery

Jaggery, an Indian diet staple, has been gradually replaced by refined sugar. Naini Setalvad lists the benefits of switching back to this nutritious ingredient.

It is amazing how jaggery incorporates itself in the Indian cuisine through the length and breadth of India. Makke ki roti, sarso da saag with makhan and jaggery, bajri roti, baingan bharta and jaggery, mishto dahl, gud ka sandesh, gud papdi, mango jaggery panha, payyasam and gud chikki are just a few I can think off  the top of my  head. For most of my childhood, in Gujarat, we were fed thin and small Gujarati rotis, rolled with gud (jaggery) and cow’s ghee in the middle. Their resemblance to the local beedis was uncanny so, we called them GGBD (Ghee-Gud Beedi’s). Jaggery is often offered as prasad during religious ceremonies and on auspicious occasions and so, Indians are quite familiar with jaggery unlike the west.

A concentrated product of date, sugarcane juice, or palm sap without separation of the molasses and crystals, jaggery varies from golden brown to dark brown in color. Even though there are various kinds of jaggery, the most common is the one from sugarcane as sugarcane is abundantly found making it a cheap source.

In Maharashtra, the biggest producer of jaggery in India, people serve guests with a sesame and jaggery candy, tilgul, on the eve of Sankranti festival. When they serve this, they say, “tilgul ghya, goad goad bola”, which means “have tilgul and speak sweetly”. In Gujarat, gol-dhana is a ceremony where two families officially declare that they are going to be united in marriage. On this occasion, gol-dhana (jaggery and coriander seeds mixed together) is served. As winter sets in Bengal, one gets ‘nolen gur’ from date palm. I find this golden brown jaggery simply delicious because it melts in my mouth, making me salivate as I think of all the yummy sweets from Bengal like sandesh and rasgulla. You can get jaggery from the toddy palm available in the coastal regions of India too. I first had it when a friend got it from Goa. It was dark brown in color akin to cocoa and I thought it was a kind of homemade dark chocolate. Jaggery is known as Burmese chocolate in Burma, as gul in Marathi, gol in Gujarati, gud in Punjabi, gur in Bengal and Assam, and vellam in Tamil Nadu.

In the last century, with the rise of industrialization, came the use of refined and processed sugar. It was mass produced because it was cheaper, and easier to store and transport than jaggery. It became popular in India and eventually replaced jaggery to sweeten beverages and foods. Unfortunately, white sugar has crept into our foods in a big way, harming us mentally and physically. It causes anger, irritability, mood swings, obesity, diabetes, inflammation and even multiplication of cancer cells. If you were to simply compare refined white sugar with jaggery, the latter is slightly more nutritious while white sugar is nutrient dead and provides ‘empty calories’ (calories without any minerals and vitamins). On the other hand, you can find 874mg of Potassium and traces of Calcium, Selenium, Sodium, Zinc, Magnesium and Iron in 100gms of jaggery. That being said, jaggery, just like sugar or any food high in sugar including honey and dry fruit, spikes up insulin levels, which is why one needs to consume it in a balanced manner. Then again, it is much more complex than refined white sugar and thus does not increase the sugar level in the blood very quickly.

After my weight loss, I studied naturopathy and learned that humans innately love sweet food. We begin life with our mother’s milk, which is rich in natural sugar. Even the first known solid food consumed by man was a fruit. Thus, it is very difficult to give up sugar all together. Ayurveda uses jaggery in food and medicine, and hails its positive effects on digestive health, anemia prevention, liver detoxification and improved immune function. So, if you are looking for a substitute for your white sugar and sweeteners, then switch to jaggery! Not only will you satiate your sweet tooth, but also get your dose of much needed nutrients.