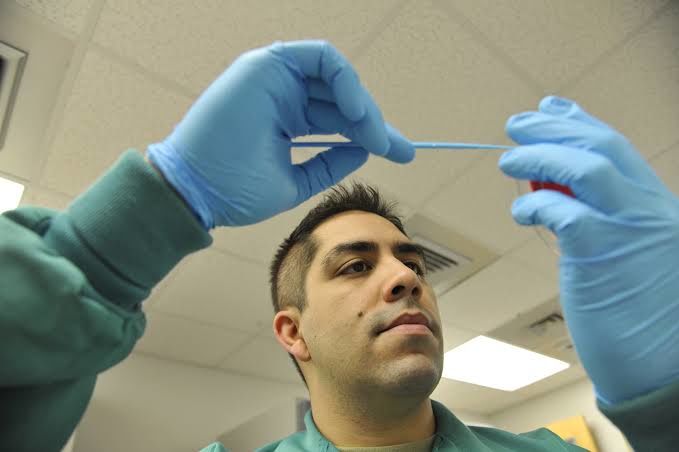 The Miracles of Urine Therapy

Auto-urine therapy is an age-old practice of ancient India. Its practitioners talk of Shivambhu, auspicious water of Lord Shiva, a Hindu god and promote it as an inexpensive way to gain health and vitality

‘Ways of using AUT’
Drinking:
Morning urine is best. Take the middle stream. You can start with a few drops, building up to one glass a day. Good as a tonic, as a preventive and in minor illnesses.

Fasting:
Drink all the urine you pass, except for the evenings—otherwise, you won’t get any sleep. You can also take some extra water. The urine will quickly change its taste into almost neutral. Fasting on urine and water cleanses the blood. Toxins are removed through liver, skin, and exhalation.

Ear and eye drops:
For ear infections, conjunctivitis, glaucoma. For the eyes, dilute the urine with some water.

Sniffing urine/Neti:
Sinusitis and other nose problems. Very good preventive for colds and to clean the subtle channels in the head.

Massaging/rubbing: You can use either fresh or old urine. Old urine (4 to 8 days) is generally more effective, but it has a pungent odor. Massaging the whole body is an important complementary treatment when fasting. It nourishes the body through the skin and helps against increased heartbeat.

You can leave the urine on or wash it off after an hour or so, just with water or with a mild, natural soap. Fresh urine as an after-shave gives you beautiful soft skin. It is also helpful in all kinds of skin problems such as itching, sunburns, eczema, psoriasis, and acne.

Gentle rubbing of urine into acupressure points (for example, on the ears) is useful when reactions are otherwise too strong accompanied by heavy allergic reaction.

Footbaths: Any skin and nail problems of the feet (athlete’s foot and ringworm)

Compress: When rubbing is not appropriate, this is another way of applying urine on the skin.

Excerpts from an interview with Sudarshan Dheer, Founder of Water of Life Foundation, who is a graphic designer by profession:

What is the Water Of Life Foundation all about?

Sudarshan Dheer: Water Of Life is a foundation to promote the cause of urine therapy in India. As you know, urine is the best medicine that our own body produces, and it is free. So we at Water of Life are committed to spreading knowledge about this wonderful therapy to as many people as possible.

How can we consume our own waste, when the body itself is rejecting it?

SD: The whole notion of urine as a waste product of the body is wrong. Urine is made up of chemicals that are discharged by the body at rest. It is only those chemicals that the body was not able to use at that particular time. That in no way makes them waste. However, just as one drinks water from a clean pot, urine must also be free from any adulteration—it must be had in its natural form.

What problems do you generally face while spreading the message of urine therapy?

SD: People who come to us are mostly those who have read books. Now, most books are based on experiences of the authors, and they often tend to promise an instant result. People come here expecting a ready formula that will cure all their problems. Urine therapy is more holistic in nature, and not an instant formula. People have hundreds of other problems such as relationships, finance and family issues that have to be corrected first.

How is your approach different from others?

SD: For me, urine therapy is a way of living. We ensure that every patient first understands the whole concept. Once you realize what urine actually is, your resistance towards it will dissolve. I also advocate principles of yoga alongside.

What were your personal experiences with the therapy?

SD: It has been a miracle for me. I developed problems in one of my ears, which according to doctors had been permanently damaged. Using urine as eardrops, I cured it completely. It also helped me cure piles later, and improve my eyesight.

What are the activities of the Foundation?

SD: We provide free consultancy to people. We also arrange talks in villages on the benefits of the therapy. Our mission is to create awareness among as many people as possible. In a world where every single person is living a dual life and suffering from anxiety, urine therapy is a timely solution for many problems. I want everyone to make it a way of life.

A bit of an oddball, auto-urine therapy (AUT) is gaining popularity to combat a host of illnesses and to maintain good health. It is considered effective in treating a wide array of diseases such as multiple sclerosis, colitis, lupus, rheumatoid arthritis, cancer, hepatitis, pancreatic insufficiency, psoriasis, eczema, diabetes and herpes.

According to Xinhua news agency more than three million Chinese drink their own urine believing that it is good for their health. AUT is an ancient practice as it finds mention in many old texts of India such as Shivambhu Kalpa Vidhi and Damar Tantra. Shivambhu literally means water of Lord Shiva, a Hindu God. Urine therapists often speak of drinking Shivambhu, which means drinking the water of auspiciousness.

Former Prime Minister of India Morarji Desai, who lived up to the age of 99, has been the most well known proponent of this therapy. He claimed that India would have been better off if more people used this extremely inexpensive and effective way of treatment. He also attributed to AUT the credit for his longevity. Here is a sample of miracles wrought by AUT recently:· 40-year-old Sabeer (name changed) had asthma since childhood. After being recommended AUT by an allopathic doctor, he was completely healed in 10 months.

· Salome Roy Kapoor had bleeding in her nipples, which got cured by urine therapy and turned Salome into a crusader for the cause.

· Mrs Mohini successfully cured her persisting problem of pigmentation through the application of AUT.

· For Sudarshan Dheer, it was the miraculous cure to an incurable hearing problem and piles.

What is urine therapy?

Urine therapy entails using your own urine externally or internally as a way to promote or maintain good health. Sometimes when all else fails, AUT will turn a patient around. The first question that probably comes to mind is whether urine is a toxic substance and how a waste product already excreted from the body can be of any benefit for your health. Urine is NOT a toxic waste product, claim AUT practitioners. They cite that 95 per cent of urine is water, 2.5 per cent consists of urea and the remaining 2.5 per cent is a mixture of minerals, salt, hormones, and enzymes.

Toxic substances are being removed from the body through the liver, intestines, skin and through exhalation. The main function of the kidneys is to keep the composition of the blood in optimal balance. Hence the primary component of urine is not toxic at all. Only urea can be poisonous when present in very large amounts in the blood. However, this is irrelevant in the practice of drinking urine, as urine is not immediately put back in the bloodstream. When urea gets back into the body in small amounts, it is purifying, clears up excess mucus and has a number of other useful effects.

Moreover, it has a wonderful healing and toning effect when applied to the skin. Urine is sterile after secretion and has an antiseptic effect. This holds true for those people who follow a reasonably healthy diet, do not use chemical drugs or allopathic medicines. ‘In my quest for alternative therapies, I came across urine therapy and found it to be very appealing. Something within me said that this was the right therapy for me,‘ says Salome Roy Kapoor, choreographer, dance and grooming teacher in Mumbai, who is now a full-fledged proponent of the therapy. Although many are hesitant to practise AUT initially, Salome was optimistic. ‘There was no resistance for me-I had a strong belief that this would make a difference,’ she says.

Dr C.P. Mittal in his book, Miracles of Urine Therapy, speaks about certain doctors in India who believe in AUT but are aware that their patients would not drink it. So when the patient comes for a visit, the doctor would ask for a urine sample. He would take it into the back room, where it is repackaged as medicine, with taste and smell disguised.

Dr B.V. Khare, an allopathic doctor and Mumbai-based follower of AUT, says: ‘The Italian surgeon Stanislau R. Burzynski, now settled in America, separated anti-neoplastin from human urine and showed remarkable results in the treatment of cancer. Another substance found in large quantities in the urine is called dehydroepiandrosterone (DHEA). It is a hormone related to testosterone. This, as research showed, has anti-cancer, anti-obesity, and anti-aging properties. It has also been found that urea when recycled by ingesting, is converted into essential amino acids.’

Medical researchers have discovered that many of the elements of the blood that are found in urine have enormous medicinal value, and when reintroduced into the body, boost the body’s immune system and stimulate healing in a unique way. The therapy can be applied in many ways. The most common is to consume your morning urine (not the first few drops) completely and without dilution. Gargling, massage and sniffing have also been found to be useful.

When asked whether it should be practised only during an ailment, Dr. Khare replied: ‘Why do you want to stop at all? I am not suffering from any disease, yet I take three glasses of my own urine every day and massage my body with urine every morning and take a bath after one hour. Just like brushing your teeth or going to the toilet every morning, this has to be incorporated in our daily routine. I know a family of four who have not gone to a physician for any ailment for more than a year after being initiated into AUT.’

A lot of people have benefited from urine therapy and want to take it further. ‘Urine therapy makes you feel vital and energized. It has helped me boost my immunity levels. It also helps me to stay slim,’ says Salome. ‘I had developed chronic, degenerative disorders that couldn’t be helped by conventional medicine and which threatened to permanently destroy my ability to work, function and simply enjoy life,’ says Martha Christy. ‘AUT has helped me in several complications, including menstrual problems, pelvic inflammation, ulcerative colitis, Chron’s disease (colon inflammation), Chronic Fatigue Syndrome (CFS), thyroid disorders and mononucleosis.’

Commenting on the unusualness of an allopathic doctor promoting this therapy, Dr Khare says: ‘You will be surprised to know that I treated many doctors with AUT and they were cured of their ailments. However, they do not acknowledge the fact for obvious reasons.’ Another condition in which AUT provides great relief is chronic amoebic dysentery, which is common in India. Chronic constipation, a problem of old age, is also treated by this method. Two World Urine Conferences have already been held the first in India on February 1996 and the last in Germany in May 1999. For a generation that’s obsessed with the aerated drinks, we could definitely benefit much more from the ‘Morarji cola’.
Contact: Dr.B.V.Khare; (022) 4145774