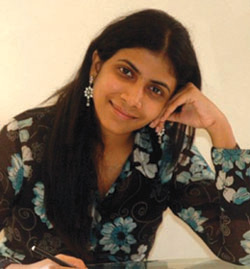 The need to be needed

Demonstrating that we need the people in our lives is a very healthy way of strengthening our core relationships, says Megha Bajaj

It had been an intense month at work. It had taken a lot from me to get a certain project executed to excellence. Although I was very happy about it, I also felt physically and emotionally drained. I needed some time away from people, just in order to relax and unwind. It was a Wednesday and I had planned to spend the entire day at a shopping hub.

I had one meeting in the morning which I completed, and went home hoping to eat a quick lunch before leaving for my much deserved retail therapy. As I entered my house, my puppy lunged at me as if his very life depended on being in my arms. Zen, my shih-tzu, adores me and is always excited when I come home. He usually expresses himself with some licks and wags and then goes back to doing what he was doing. Never before had he planted himself so firmly in my lap and clung to my neck with his little paws like he did that day.
That’s when my maid informed me that he was not feeling well. To say I was flooded with a feeling of love and tenderness would be an understatement. To know that this little puppy was waiting to be near his mumma to feel better, that he needed me, filled me with an inexplicable sense of warmth and wonder.

Even though there were other caretakers, I instantly ditched my plans and just sat with him through the day – hugging him, cuddling him, tickling him, monitoring his food and water intake. He responded by not leaving my side even for a second and ensuring that one of his paws was constantly on me. I felt so needed, so required.

On that day that I realised how each of us has this need to be needed. I have always seen that grandparents who are made to feel needed and not just treated as accessories in a home, tend to live much healthier, happier, more fulfilling lives. Giving them some key responsibilities such as of grandchildren or home, and acknowledging and appreciating their contribution makes them feel that their life has meaning.

Love blossoms between spouses when both have a need for each other, which is fulfilled time and again. Even though individuality is an integral part of relationships, it needs to be balanced with needing each other; a balance between independence and inter-dependence.

Even in an organisation, I feel the best of an employee comes forth when he knows that the organisation needs him as much as he needs the organisation. Creating this integral and valuable nexus between the two is very healthy for long-sustained relationships.

And finally, I come to God. I love the way my guru recently said, “Between two children – the one who feels he can do everything, and the other who is naive and needs help, for whom do you think will the parent be there more? Obviously the second. Because he makes the parent feel needed and they feel more protective towards that child. Similar is your relationship with the Divine. Stand before Him as a child, egoless, in a state of surrender and absolute innocence and see if He doesn’t stand by you.” Although in the Divine there may not be a need to be needed, when I feel vulnerably surrendered to Him, a profound combination, He fills me with the light I seek.

Love is beautiful. I am enjoying these little nuances of love in my life. The need to be needed is an integral part of this experience. As Zen lied in my arms, and the last bit of sunset faded away from the skies, I felt more rested than I had in days.

An award winning author, film-script writer and poet, Megha is an eternal seeker at heart. She also empowers people to write and get published through her online writing workshop. You can read more on www.WonderofWords.org