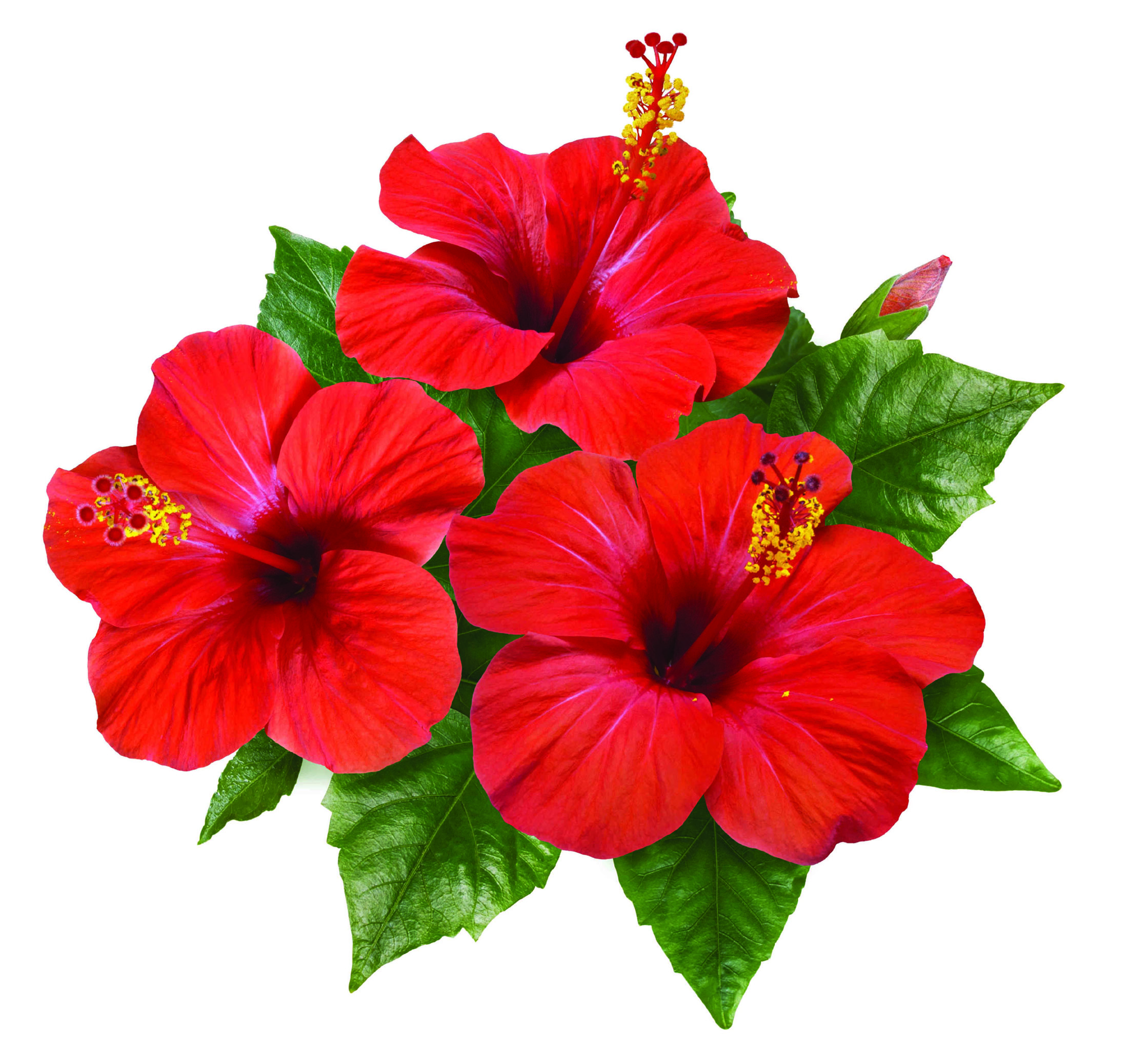 Leela Krishnamohan tells a delightful little story of how a flower, with which she had fearful childhood associations, suddenly and ironically helped her gain insight into the mystery of universal consciousness

Grandfather was a deeply religious, scholarly gentleman. While serving in the Indian Administrative Service he had held many important posts. Now retired, he wrote books and articles on Hindu culture and philosophy as well as book reviews for several publications and journals. He was often invited to give talks on these subjects at prestigious institutions.

Grandfather spent his mornings reading and writing in his quiet, book-lined study. Sometimes the staccato tapping of his typewriter was the only sound that could be heard as he prepared his next lecture. At precisely 11 a.m., he would put his typewriter to bed under its grey canvas cover and prepare for his daily puja.

The puja room was the grandest room in the house. The walls were lined with framed, brightly coloured pictures of gods and goddesses. There was a five-tiered marble platform upon which there stood a silver mantap. Inside the mantap, there were small idols which had been in the family for many generations. Some were made of silver and others crafted in sandalwood.

Below the platform, there was a large rosewood plank on which were placed the silver puja accessories used by grandfather during the ceremonies. Only grandmother or one of the aunts or my mother was allowed to touch these sacred objects and wash them regularly.

We children had other chores. We took turns to sweep the pale green-tiled floor of the puja room with a soft brush purchased specially for this purpose. My favourite among the chores assigned to us kids was to go into the garden with a little basket and pick flowers for the puja, mostly jasmines; but there were other flowers too, pink, yellow, and orange ones. My duty was to place a flower on each deity’s picture. I loved best the picture of goddess Parvathi, probably because one day, my little brother pointed to it and said, “This is Amma’s photo.”

“No, it isn’t,” I said. “This is Shiva’s wife Parvathi. It’s not Amma.” I had to admit, however, that she did look a little like our mother.

Grandmother was very partial to the red hibiscus flower. She said it was special. It was reserved for the picture of goddess Kali destroying demons. Only a red hibiscus and no other would do for this picture. She did not explain why. Grandmother did not like to be questioned. Her authority was absolute. That was her order and it was never to be disobeyed. As a small child, I was frightened of the red-eyed, wild-haired demons being crushed underfoot by the fierce-looking goddess. It never crossed my mind to disobey grandmother, so I dutifully and gingerly placed the red hibiscus on this picture every day.

Grandfather was too busy to have much to do with us children. We knew he loved us because he would tweak our noses gently and smile kindly at us whenever he passed us in the hallway. Sometimes he would give each one of us a cashew nut (his own preferred after-dinner treat); only one because more was not good for us, he said.

Our religious education was mostly left to grandmother. Every evening after homework, we sat before her in the puja room freshly bathed, clad in white cotton pajama-kurta, traces of talc still on our faces. She taught us small bhajans and shlokas, a new one every week. These we learned and chanted like well-trained parrots.

At dinner time, we kids ate our meal first, seated around the massive table and grandmother told us stories from myths, legends, and scriptures. They were frightening and fascinating at the same time. These stories served a dual purpose. The first was to distract us children from the less appetizing food on our plates. We hardly noticed what we ate. Even the ever unpopular bhindi (okra) was unthinkingly polished off during the telling of one of grandmother’s stories. The more important purpose of the stories was to provide us with good role models and a strong sense of our culture and religion. The stories nearly always featured gods, rishis, and rakshasas, and sometimes good little children, whom we were expected to emulate.

At night, when the world fell silent except for the dull striking of the ancient clock, I faced a personal moral dilemma presented by grandmother’s stories.

The chief protagonist in the stories was usually a person who performed noble deeds. He did penance under a peepal tree in the forest while standing on one leg, even in the fiercest of storms, and he smiled bravely through it all. In the stories, God always rewarded this pious person by appearing before him in a flash of lightning and clap of thunder, eyes smouldering, brandishing a trishul in one of his many hands, and granted him a boon. He could ask for whatever he wanted, and God would give it to him.

Alone in my room upstairs, I worried about what would happen if God were to appear before me one day. I wanted no part of it, boon or no boon. I fretted about what I would say to God if he appeared. Would I have to address Him in my mother tongue or in English or our state language Kannada? I felt quite ill with dread and secretly hoped that this would never happen.

In the stories, God appeared only to good people. I was a good girl! I was quite sure of that. I had proof. In the cupboard were storybooks, prizes which I had won at school. Each book had a note that said, ‘Awarded to Leela: for very good work.’ As if that were not enough, my mother had my report cards which said, ‘behaviour: good; general performance: excellent; general knowledge: good.’

Why, only yesterday grandfather had patted my cheek at cashew nut time and said I was a good girl. My favourite teacher, Miss Daphne Mann, had called me ‘a good child.’ In my opinion, this was the problem, and it was becoming worse the more I thought about it. God knew everything, so it could hardly have escaped His notice about how good I was. What if He decided to appear one of these days as a reward for all this goodness? If so, where might it happen? At home or at school? Surely not at school, I felt, because Jesus lived in our school and He was God’s son and He was not frightening. He was gentle, meek, and mild. It would happen at home, I feared.

Something had to be done to prevent this frightening event from happening. I gave it some thought. A solution was taking shape. Perhaps, if I did something just a little bit bad, God would be just a little bit displeased and not grace me with a personal visit because I was not ‘good’ enough. I would have to be careful not to be too bad lest I go to the place called Hell. I made a plan.

Early next morning I went into the garden to pick flowers. In my basket, on a bed of soft white jasmines, lay yellow and orange marigolds and a couple of pink hibiscus flowers. The large, blood-red hibiscus that Grandmother insisted upon was missing. I had deliberately sidled past this shrub with its profusion of red blooms and ignored it. With trepidation, I sneaked a peek at the bush. Did it know what I was up to?

I slipped into the puja room, extracted a pink hibiscus from the heap and placed it carefully on the picture of Goddess Durga and ran upstairs to escape from grandmother’s wrath. What would she say when she found out? I put that on the back burner for the moment. For now, deliberate disobedience had ensured that a trident-wielding God would not be paying me a visit any time soon.

At school, I went about with smug satisfaction. I was safe for the time being from mind-numbing apparitions. I had succeeded in being mostly good with a little bad mixed in. Perhaps grandmother would scold me in the evening, but I could take that. Back home, I peeped into the puja room and saw that the pink hibiscus had been replaced by the usual red one, perhaps by grandmother who never ever mentioned it. I was swiftly replaced in the flower duty by an older cousin, and the matter was forgotten.

Grandfather and grandmother are no more, and their house and garden are long gone. I grew older and rejected the god of grandmother’s stories, but the rejection left a void. As time passed, my need to fill this void with a solid belief in something that would make sense as well as give comfort became more intense. The more I read, the more bemused and restless I became. Perhaps, true understanding could not be achieved from an intellectual level alone, but I did not know how else to achieve it.

In our apartment building, we have a shared garden well cared for by Ramu, our green-thumbed gardener, who is partial to hibiscus flowers, especially the red ones. It amused me to think that grandmother and Ramu would have had something to talk about if they had ever met.

One morning, in this garden, a strange thing happened. I found myself, quite by chance, face to face with a red hibiscus in full bloom. Recalling my childhood fear of this flower and its associations, I stared at it. Why had I never noticed its simple perfection even though it is this quality that makes it ideal for teaching basic botany to children? Science would define it as an object in nature that reflects light which reaches my eyes and then my brain, whereupon, after a series of electrochemical processes, my perception would tell me it’s a red hibiscus.

In my earnest but hitherto fruitless spiritual quest, I had come across the term ‘pure consciousness,’ a concept that I could not get my head around except theoretically. As I gazed at the flower a thought burgeoned in my mind. That all-pervading, infinite, universal, pure consciousness that I had read about and failed to understand, the ultimate reality that causes the existence of all things and into which all things eventually dissolve, must right now be flowing through me and through this red hibiscus. The same creative intelligence or energy is giving us, the flower and me, our very existence. The flower and I, then, are essentially the same; just arranged differently and known by different names. Was this what is meant by the interconnectedness of all things? Was this an epiphany of some kind? It was a defining moment, one that flashed in my awareness suddenly and spontaneously, and evaporated just as quickly.

I went home shaken by the enormity of what had just happened. It was ironic that the very same flower which had scared me in childhood had just opened my mind to a concept that I could explore and learn more about. It had guided me to a path that I could follow and perhaps find what I was seeking. I could hardly wait to expand on this new understanding, and it was all thanks to an ordinary red hibiscus.