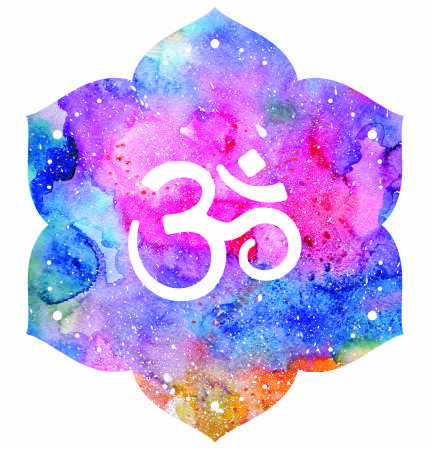 Our grandmother used to often tell us, “You do not come into this world with a guaranteed amount of years of life to your credit. You come here with a predefined number of breaths.” She would repeat this again and again and point out to us, “See, the Olive Ridley turtle has a long life because they take only three breaths a minute, whereas the cobra is said to take only four. Dogs breathe very fast and hence they die in 12–14 years. You need to learn to slow down your breathing if you do not want to die before you have achieved all that you have come to achieve.” She taught us the importance of pranayama and the need to conserve our life-breath so that we could enjoy a long and healthy life. We are eternally indebted to her.

Om, Amen, and Ameen
Our ancestors were wise. The three sounds—OM, Amen, and Ameen—are integrated into our daily prayers because they create the effect of pranayama.  Over time, repetitions of the sound of our choice—OM, Amen, or Ameen—would help us slow down our breath (to four breaths per minute) and extend our life to the extent of breaths that were pre-fixed for us at the time of our birth.

An interesting fact is that OM, can be uttered without using the tongue.  (A person without a tongue can utter aaa…uuu…mmm!)  Every other sound in the alphabet uses the tongue in different positions to articulate the sound and the sounds produced are but a variation of these three sounds. That is why these sounds are called the original sounds or universal sounds or Pranava (original sound of creation).

Having said that, let us get back to the discussion on pranayama. Pranayama is described as the process for the control of the prana. Prana is described as the life force—the created energy that makes the inert body dynamic. Pranava is the creating energy. So, repeating any of the three creative sounds loudly and clearly for a period of time will result in recharging the life force. You will also notice that constant repetition of the sound gradually increases the time to inhale and time to exhale and also results in a time to absorb the silence that follows the OM, Amen, or Ameen. This results in reducing the number of breaths taken per minute.

Grandma used to instruct us to sit as still as possible for at least ten minutes and focus our entire attention on drawing the OM from the navel up to our throat and out of our mouths steadily and slowly so that it reverberated around the room and merged with the silence at the end of each repetition. After a while, we could feel the vibration of the sound in every single cell of our body.

A fallout or side effect of this practice was that each one of us became capable of focusing our attention on our breath and sitting still in meditative poses for hours on end. All of us became physically healthy and mentally calm. Stress became an alien sensation in our lives.

Once we were all advanced in our practice and could sit for as much as an hour vocalising the sound, Grandma instructed us to cease the vocalisation. While this was hard in the beginning, we gradually learnt to concentrate on the mental sound as we uttered it in our minds and learnt to rekindle the vibration all over the body.

After we had mastered the practice over the year, Grandma explained to us the significance of the practice. “Human beings are not sustained by food alone. They are energized by strong vibratory cosmic energy that pulsates as ‘aaaa…uuuu…mmmm…’ When we utter OM, the flow of the cosmic vibration is enhanced and flows freely into the body from the crown chakra. The crown chakra is also the repository for the manifestation of the gunas (sattva, rajas, and tamas). Sattva guna, which is enhanced by OM, makes you peaceful, stress-free, and healthy. Rajas, which makes you restless and hyperactive, is subdued and regulated in an orderly manner. Tamas, which makes you inactive, lazy, sluggish, destructive, negative, and stressful, is destroyed.”

She continued “The practice of OM from a very young age introduces you to the concept of God as sound and prepares your body for other spiritual practices gradually.”

OM chanting is not to be taken lightly. You have to make yourself eligible to practise OM. OM chanting generates a lot of cosmic energy, and if the body is not prepared to absorb the onslaught, it could adversely affect the physical health and psychological well-being of the person. An alternate route to gradually ready your body for the practice would be to begin by chanting OM with subsidiary words. For example, a beginner could chant ‘Om Namo Narayanaya’ or ‘Om Namaha Shivaya’ and gradually build up the necessary spiritual maturity to practice the pure OM meditation The subsidiary words reduce the level of cosmic energy that is transmitted to the body during the practice of pure OM meditation.

To reiterate and explain further, practising pure OM meditation without adequate preparation can result in a rise in body temperature, psychological distress, restlessness, and uncontrolled emotional responses. Women who are in childbearing age with low spiritual energy should not chant OM without subsidiary words.  The energy can disrupt the reproductive system (does not affect the male reproductive organs so much, as they are outside the body cavity). Women in this stage may experience excessive menstrual flow, amenorrhea (absence of menstrual flow), dysmenorrhea (severe uterine pain),or infertility. It would be best for them to practice OM with ‘Namaha Shivaya’ or ‘Namo Narayana’ added to it. The amount of energy that will be generated will be tolerable, beneficial, and will make them mentally and physically fit.

How does one attain spiritual maturity?
Scott Peck, the psychiatrist and the bestselling author of the book The Road Less Travelled, has interestingly attempted to identify a pattern of spiritual growth based on human psychology. He concluded that the spiritual growth of people could be divided into five broad stages.

Most of us start at Stage One—a stage in which you are shown a picture of God and asked to worship him. Your relationship with that being is self-serving and manipulative. (“God let me pass the exam. I will come to the church/temple every day.” “God let me win this race. I will give a penny out of my pocket money to the church.” And so on.)

Stage two is when you start to practice organised religion. You may become a literalist (one who follows the dictate meticulously) or a fundamentalist. Any change will throw the individual off gear and send him into an emotional spin.

Stage three is the stage of doubt. You are not sure whether your doubt is about religion, God, or society. So, you may decide that as long as you are a good person, doing good and not harming others, you are okay. You begin to evolve into a thinker. However, at this stage, you become too logical for your own good. You begin to feel anxious, miss the feeling of certainty (that comes with relying on God), and there is a search for an alternate truth.

Stage four is when the anxiety becomes overwhelming and you begin to intensify the search with intent to merge with God. You are willing to do whatever it takes to achieve that goal. You cease to be a believer and become a mystic. You are ready to let go of all worldly attachments so that nothing comes between you and God. You are convinced that it is possible to induce a pure state of mind only when certainty is discarded in favour of humility. You begin to link up with ‘likeminded’ people. You regretfully realise that you will have to let go of all the successes in your life and your ego. At this stage, you are transformed from a monotheist to a mystic who believes that there is only God and nothing else. Everything becomes clear and you know you are heading in the right direction. You see life from God’s eyes—with mercy and no judgment.

Stage Five is when your love for God will propel you to go back to your community and stand with the literalist and the whimsical worshiper with understanding and love. God is no longer separate from you. You and He are one.

Unfortunately, Peck’s psychological mapping of the process does not holistically develop the body, mind, emotion, and intellectual components of the spiritual process. The focus is exclusively on the psychological or mental process of growth.

The Yoga Sutras of Patanjali urges the individual to follow the eightfold path of spiritual enlightenment. This path focuses on the development of the individual in all dimensions and includes

• Asana: Right alignment of the body and mind.

• Pratyahara: Withdrawal of the senses.

How does one begin to practice?
Those who are spiritually advanced (stage 4/5 of the Yoga Sutras) may start by chanting OM 21 times and gradually doubling the number till they are able to chant for at least four hours a day. They should begin to feel the vibration emanating from the nabhi (navel) and vibrating every cell in their body. Gradually, they should convert the chant into a mental chant and stay with the experience of the vibration in their body.

Those who are setting out on the journey for the first time should chant OM + subsidiary words of choice (a form of their chosen deity) 108 times a day till they too can experience the vibrations rising out of their naval and travelling to every cell in their body. Gradually, they too should stop verbalising the chant and continue to stay with the experience of vibration. They should practice Yama, Niyama, Asana and Pranayama in parallel. As they gain concentration and are able to maintain dhyana or meditation for long periods of time, they can slowly start the practice of pure OM under the guidance of their guru.