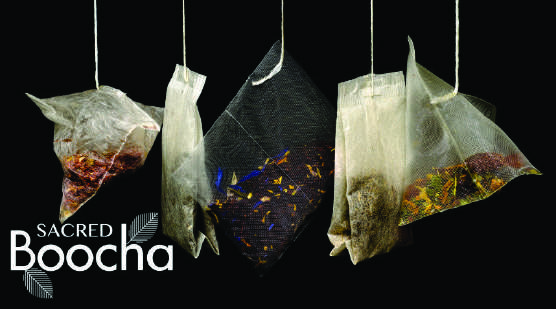 The tea of immortality Kombucha

The tea of immortality: Kombucha

You’ve heard of superfoods. Now make way for this super drink, fresh on the block, says Ayushree Moorthy, a fermenter at Sacred Boocha

I stumbled upon this funky wonder drink about two years ago and have been dazzled and intrigued by it ever since. Anybody who knows me well will report with absolute certainty that I love fermented products, and it was true love at first sip with Kombucha. This led me on a journey of discovery of this age-old, so-called all-cure elixir, the concomitant of which was my own Kombucha lab—Sacred Boocha.

I’ve been studying and experimenting with this beverage, and my fascination for it has only mushroomed. The exact origin of Kombucha has been lost in the mists of time, but it’s known to have originated in the Far East, probably in China, about 2000 years ago. The first recorded use of it comes from 221 BC, during the Tsin Dynasty, where it was called the ‘Tea of Immortality.’ The word spread and this concoction also became widely used in Eastern Europe, Japan, and Russia for medicinal purposes. The etymology of ‘Kombucha’ remains uncertain. Some say it may be a case of misapplied loanword from Japanese, while others say the name ‘Kombucha’ comes from Japan 415 AD where a Korean physician named Kombu treated emperor Inkyo with his tea, more commonly known as ‘cha.’ This beverage goes around by different names. Believe it or not, there are about 80 names worldwide! Here are some I’ve heard and read about: Spumonto, Haipo, Volga spring, Tea fungus, Mo-Gu, and Manchurian mushroom.

A rare brew
One of the many new trends among the health food hippie crowd is consuming Kombucha. It has emerged as a healthy alternative to everyday sodas and fruit juices. With innovation in flavours and composition, Kombucha’s versatility has been evinced. This living, healthy beverage is made by fermenting tea and sugar with Kombucha culture, called ‘scoby.’ ‘Scoby’ is actually an acronym for symbiotic culture of bacteria and yeast. It is this beige, rubbery pancake that transforms sweet tea into tangy and fizzy Kombucha. The culture digests the sugar and produces a range of organic acids like glucuronic acid, gluconic acid, lactic acid, acetic acid, butyric acid, malic acid and usnic acid; vitamins, particularly B and C; as well as amino acids. With each brew, a new scoby layer forms on the surface. It is like a biochemical powerhouse—think of it as the coral reef of the bacteria and yeast world. The process can take 1–2 weeks, depending on the strength of the culture and the temperature it’s fermented in. The warmer the environment, the faster it will brew.

The drink has become very eminent among health-conscious people. One of the main reasons why Kombucha seems to be efficacious against such a wide spectrum of diseases is that it does not have any specific action on any particular illnesses, but rather, it’s a systemic detoxification of the whole body through glucuronic acid, which has an overall beneficial effect that invigorates the entire person. The following effects may be observed in those who drink the beverage on a daily basis:

• Detoxification of the entire body

• Balancing of the blood pH

Biochemically speaking, it is an adaptogen, i.e., a substance which has no harmful effects but works on a wide variety of conditions by normalising the metabolism of the body and bringing it back into balance. So, for example, if you have high blood pressure, an adaptogen substance will lower it, and if you have low blood pressure, it will raise it. Kombucha’s adaptogen effect is seen mostly through its effect on the liver, the blood, and the digestive system, where it normalises the acidity or pH.

Drink in moderation
Kombucha is an acquired taste. To be very descriptive, the taste is somewhere between sparkling cider and champagne, not what you’d imagine fermented tea to taste like. I was hooked to it from the first gulp. Anyone can drink Kombucha but in moderation. One is advised to start with 6 oz., with 32 oz a day being the maximum recommended intake. The beverage contains a trace amount of alcohol due to natural fermentation between 0.5-2.0 per cent ABV (alcohol by volume). For comparison sake, a Budweiser beer is 5.0 per cent ABV. Kombucha is not intoxicating but should still be consumed under supervision, especially in the case of kids and pregnant or lactating women.

• For improved digestion: I suggest drinking kombucha on an empty stomach for optimal digestive benefits.

• For increased energy: Drink on an empty stomach or first thing in the morning.

The best thing about kombucha is its shelf life. Like most fermented foods, its shelf life is very long due to its low pH and can be stored in the fridge for months. The shelf life depends on the storing conditions, and most Kombucha brews stay fresh for around three months. However, the newer the brew, the tastier it is.

At Sacred Boocha, we handcraft our kombucha with utmost love and care using only high-quality teas and natural flavourings. I use the traditional fermentation method and deal in micro-batch production.