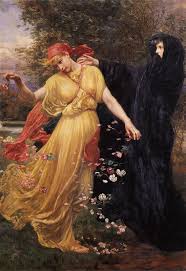 A TOUCH OF DEATH

Marma Shastra, the ancient Indian martial art form that manipulates vital points in the body, can be used both for self-defense and healing

Snayu Marma (at the muscles)

Sandhi Marma (at the joints)

Shira Marma (at the nerves/veins)

Still gaze. Lithe stance. The warrior commands all his concentration on the target. Body alert, mind quiet, spirit calm, he waits for the right moment. Suddenly, his hand darts out like a serpent’s fangs-to kill… or to heal.

Healing has always been an important part of martial arts. You cannot be a fighter without knowing how to heal your wounds. But nothing connects the two better than marma Shastra—where the difference between life and death is just a matter of pressure.

The word ‘marma‘ was used for the first time in Atharva Veda (ancient Indian scripture). During the Vedic period of India, this martial art was known to kings and warriors and was used in battlefields. It is said that marmas are constituted of six vital elements—soma (sleshma, phlegm), marutha (Vata, air), Teja (pitta, bile), and the three mental types: rajas, tamas and sattva. Marma adi is the science of manipulating marmas or vital points. These are nerve junctures usually close to the skin surface. According to Susruta, author of Susruta Samhita, the ancient treatise on Ayurveda, the human body contains 107 marma points which, when struck or massaged, produce desired healing or injurious results. Like acupressure, marma adds functions by pressing these points through which the prana (chi in Chinese) flows.

The highest stage of kalarippayattu, Kerala’s ancient and potent martial art form, marma and is now a near-extinct science, existing in a few remote corners of the place of its origin. Even in this age of websites and rediscovering of ancient wisdom, marma and has remained a tradition shrouded in mystery.

According to marma adi, our body is crisscrossed like irrigation channels with meridians, a closed interconnecting system through which prana flows in the body. While acupressure, or shiatsu, follows a 14-meridian theory (with 361 marma or tsubo points), marma Shastra believes there are 26 meridians in all. Of these, 12 are located in pairs on the left and right sides.

Marma points, supposed to be located on these meridians, boost the prana each time it flows through, resulting in a stronger life force energy. Marma points are also divided on the basis of their Pancha bhautic (five elements) constitution into sadya pranahara (fire), kalanthara pranahara (water), Vishal Arya ghunam (air), vaikalyakara (earth) and rujakara (space).

While six of the 12 pairs of meridians have negative polarity (Shakti, yin, ida), six are of the positive polarity (Shiva, yang, Pingala). The negative meridians begin from the toes or the middle of the body and go upward to the head. The positive meridians begin at the head and go down. The intensity of prana flow varies according to the time of the day, peaking and diminishing in a 12-hour cycle. A marma point is most vulnerable when prana is flowing through it.

The prana leaves the lungs at dawn between 1.00 a.m. and 3.00 a.m. and returns after flowing through 13 other channels within 24 hours. When the flow of the prana is disturbed, the corresponding organ is affected. A study of the exact location of prana is imperative for marma adi to be effective, for it works only if the blow is precisely on the marma point. The hit should also be vertical. This excessive stress on a precise hit and the years of practice it demands has stymied the popularity of this martial art form.

Two kinds of weapons can be used in marma adi: natural and artificial. The natural weapons include various hand and finger strikes including snake strike, dart strike, mantis strike, and dragon fist strike. The metamorphosis of your hand from a wobbly five-fingered prong to a deadly weapon requires much practice, including jabbing your fingers on leather strips, wood, wall, or even a bucketful of sand. But before doing any of these, make sure that you massage your palms, fingers, and wrists with oil to regulate the blood circulation. Usually, these exercises are recommended three days a week, with a gradual increase in the strain. If martial arts remind you of Bruce Lee gracefully slashing the wind with lightning strikes, marma and will revise your opinion. You might use a stick, your house keys, a spoon, or even a corner of War and Peace to hit an assailant on the marma points. Each item works as well.

You strike the marma points to hit, and press with your thumb or the index finger to heal. For example, if hit, a marma point on the leg, is struck, it results in paralysis. But the same marma is treated with moderate circular and deep pressure to treat paralysis. Similarly, marma visits near the groin, when struck, can cause impotency while the same marma, when massaged, cures impotency. When somebody hits the marma, the flow of prana is disturbed and can be treated either by marma itself or acupressure. Those who have watched the Tamil hit movie Indian, or its Hindi version Hindustani would get an inkling of marma adi through those intricate jabs the hero Kamal Haasan uses to kill or maim his enemies, and which are later used by a marma master from Kerala to heal one of the victims.

Marma adi, unlike some other martial art forms, cannot be learned in regular schools. The technique, handed down from one generation to the next within a family, is taught only to the most exceptional and dedicated students. It is possible to find marma masters in some gurukkals (teachers) of kalarippayattu in Kerala.

What makes marma adi even more difficult to practice, especially as a form of defense, is the inaccessibility of many marma points. You can hardly pull out the shoes of an assailant to hit at his soles. Or trace the exact marma point up his spine. As a healing technique, however, marma adi is potent. And since that, in essence, is its function, marma has been and continues to be, one of the most revered traditions of Indian healing systems.

‘The effectiveness of marma healing is almost 100 percent,’ says Sunil Kumar, son, and disciple of K. Narayanan Gurukkal, a marma master based in the southern Indian state of Kerala. ‘It takes six weeks for a fracture to be healed through marma. Paralysis can be treated in three months. Other ailments such as spondylosis, nervous disorders, sciatic and rheumatic problems can also be treated with marma.’ It is, however, important to study the patient first, find out whether he is a Vata(air), pitta (bile) or kapha (phlegm). ‘Vata type of people respond best to marma,’ says Sudhakaran, a student of marma. ‘Kaphaand pitta types require medication as well as marma.’

At present, marma treatment is available only in Kerala. The system takes 8-10 years to learn and is used for three basic purposes: healing, massaging, and increasing physical flexibility. A student can heal independently after he completes his course and works as an apprentice with his guru for two to three years. Though this ancient art is gradually finding its way into the mainstream of life, it has retained its exclusivity through a strong guru-disciple tradition. Says Sunil Kumar: ‘The first thing we are taught is to respect our elders, our guru being the foremost. Marma is not only a technique but a way of life.’