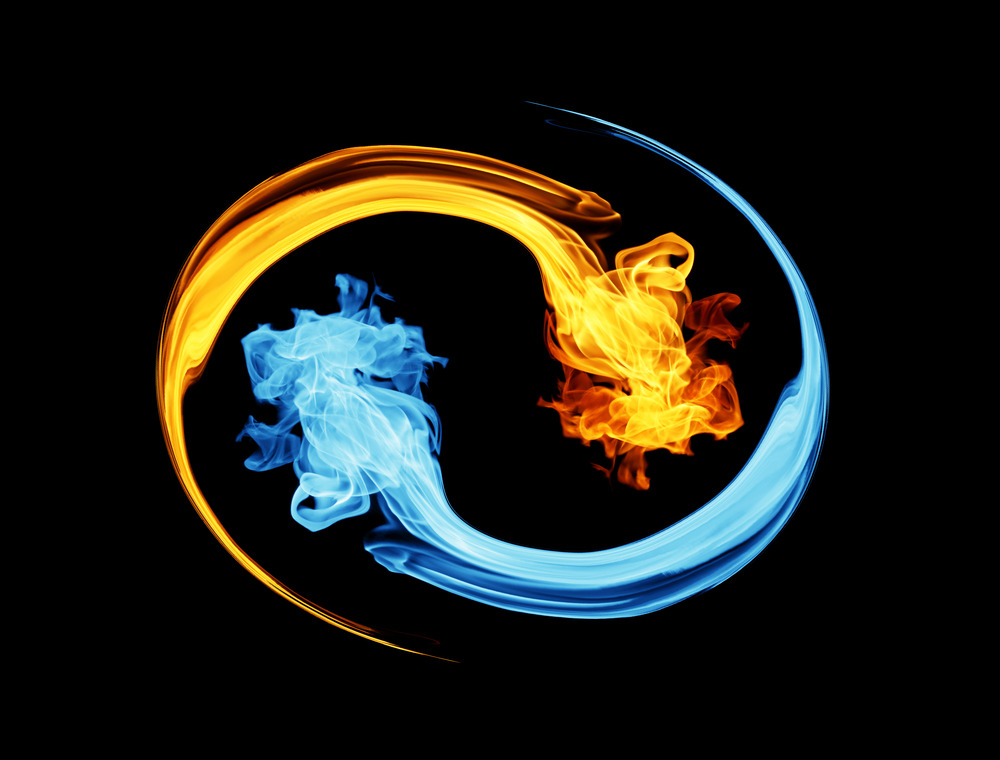 Vanitha Vaidyalingam explains how the karma theory originated in the Vedas, was developed in the Upanishads, and subsequently was expanded on in the Bhagavad Gita

The karma theory defines the interplay between the three concepts of karta, karma, and kriya—the doer, the result, and the action. But did this theory, as we understand it today, emerge in the Upanishads? Yes and no. A detailed study of the Upanishads will show that the rudimentary form of the theory existed in the Vedas and the Upanishads. It was refined and given the present form and public face in the Bhagavad Gita and other later texts.

The Vedas clearly stipulate that ritualistic action is essential for those who seek to obtain merit in this life. Merit can be obtained by performing oblations to the gods. Yagnas, poojas, etc. are part of the daily activities of the householder. In the later parts of the Vedic texts, ritual is described as an end in itself. Performance of rituals is said to invoke a cosmic law that acts in favour of or against the individual actor in accordance with the intent behind the action. This gradual expansion of the idea finds fruition in the Upanishads.

The Upanishads and karma

The Upanishads seed the idea that God is the source of all action. He is the karta, the kriya, and the karma. He performed an act of sacrifice (yagna) while creating this world.

Human life mimics this sacrifice in procreating, preserving, and disciplining everything around human beings. The yagna performed by humans can be ritualistic or spiritual. But perform they must because action is integral to human existence.  It cannot be avoided. However, unlike God, humans are attached to the action and the results thereof. The extent of attachment defines the method of performance, and this results in good and bad action. The nature of the action then becomes the measure of the punyam (merit) or papam (sin) accruing to the performer in the current worldly existence and the afterlife.

The Upanishads categorically aver that those who follow the ritualistic path will depart from this world via the path of the moon to their ancestral heaven and derive the benefits of their good karma, or punyam. From there, they will return to the earth or go forward to higher heavens in accordance with the nature of their actions here on earth. But those who sever all ties with worldly life and follow the path of jnana and sacrifice their life in search of truth—those who cease to be attached to the fruits of action—will ascend to heaven via the path of the Sun and merge with Brahman, the source of all action.

This distinction between ritualistic action and spiritual action, over time, resulted in the relegation of ritualistic practices to a lower status and spiritual practices to a higher one. All practices that involved ritualistic worship came to be regarded as Apara Vidya, or lower knowledge, and all spiritual practices for purification of the soul came to be regarded as Para Vidya, or higher knowledge. In fact, it is stated in the Brihadaranyaka Upanishad that the performance of rituals without awareness of the Self is useless. The Katha Upanishad and the Isa Upanishad decry the vanity of those who practise superficial rituality.

The Bhagavad Gita further expands on this idea and urges everyone to perform action with complete awareness of the Self, without desire and to eschew the results of actions. Renunciation, defined herein, not only includes the renunciation of worldly life but also the renunciation of the fruits of all action performed in this world.

Karma as a form of maya (illusion)

The Brihadaranyaka Upanishad (1.6.1) declares karma to be one of the three causes of diversity in the illusory world, the other two being name and form. Diversity in name arises from speech, and diversity in form emerges from vision. The body manifests diversity of action. It is the controller of all three types of diversity because the mind, speech, breath, the organs of action, and the organs of perception are all controlled by the body. They (except the breath) receive their food or energy from the body and they are unreliable in the struggle to overcome the impurities and evil that infests the body in form of the six avagunas (evil tendencies): kama (desire), lobha (greed), krodha (anger), mada (arrogance), moha (delusion), and matsarya (miserliness). The breath is autonomous and untouched by the six evil tendencies. In other words, ritualistic actions performed with the help of the body and its aspects (mind, intellect, sense organs, etc.) cannot guarantee protection against evil nor can it negate the effects of sinful karma. Only by controlling the breath can one reach the true Self that is immutable and untouched by the evils of the body.

This thought was later elaborated and extended by the later texts like the Bhagavad Gita, and the karma theory avers that the mind and body must be restrained with the help of controlled breathing, withdrawal of the senses, and righteous conduct. The mind must be stabilised and centred on the Self within. The Yoga Sutras of Patanjali gave shape and form to this seeded thought in the Brihadaranyaka Upanishad.

In Vedic theology, dharma and karma are two dimensions of human existence.  Vedic texts declare that dharma is obligatory action and does not, in any way, create karma, or results of action. Dharma enforces positive action for the welfare of the self, family, society, nation, etc. and must be performed in accordance with the enjoined duties of the community. The Upanishads go a step further and declare that dharma performed with a moral and ethical attitude is good karma and those who use dharma to promote themselves and their family or community with selfish intent are actually doing bad karma.

However, the Upanishads state that an individual can divest the self of all dharma by renouncing the world and worldly desires. But one can never divest oneself off karma under any circumstances. It is integral to the body and mind, and action will be performed consciously or unconsciously. Therefore, to get good karma, action must be performed without attachment to the fruits thereof.

Many of the post-Upanishadic texts picked up this thought and exalted detached, ethical dharmic action over renunciation and described a Jeevan Mukta as one who performs all worldly dharmic actions with detachment.

Interestingly, the concept of karma and its impact on the soul was considered to be secret knowledge in the Upanishads. It was not taught to everyone. While ritualistic actions were performed in the full glare of the public for their benefit, the concept of karma was never publicly discussed. It was passed on from teacher to student by a Brahmagyani (Self-realised master). A glimpse into the tradition of secrecy can be had from the conversation between Jaratkarava Artabhagah and Yajnavalkya in the Brihadaranyaka Upanishad. Jaratkarava asks Yajnavalkya “Which part of a person survives death?” and Yajnavalkya responds by taking his hand in silence and leading him out to a private place for discussion. It is mentioned that the two talked about actions and praised good actions over bad actions and the impact of these actions.  In the sixth chapter of the same Upanishad, Pravahana Jaivali is said to possess the knowledge of karma. Gautama and his son Svetaketu, though great scholars, were unaware of this knowledge and sought out Pravahana for this information. In context, they requested him to take them as his disciples and to teach them the knowledge of karma and its impact on the cycle of birth and death. In the Bhagavad Gita, Krishna tells Arjuna that he is going to impart to him knowledge that is a guarded secret and then goes on to explain the law of karma and elaborates upon the cycle of birth and death.

To sum up, the concept of karta, karma, and kriya developed in the early Vedic texts and gradually assumed a form and shape in the Upanishads as secret knowledge to be imparted only to a chosen few by teachers belonging to a specific tradition.  Students had to seek these teachers and serve as their disciples if they wanted to acquire this guarded secret knowledge. However, the theory as we know it today came into being and gained a public face with the Bhagavad Gita. Post-Upanishadic texts do not show any hesitation in discussing this theory or debating upon it.