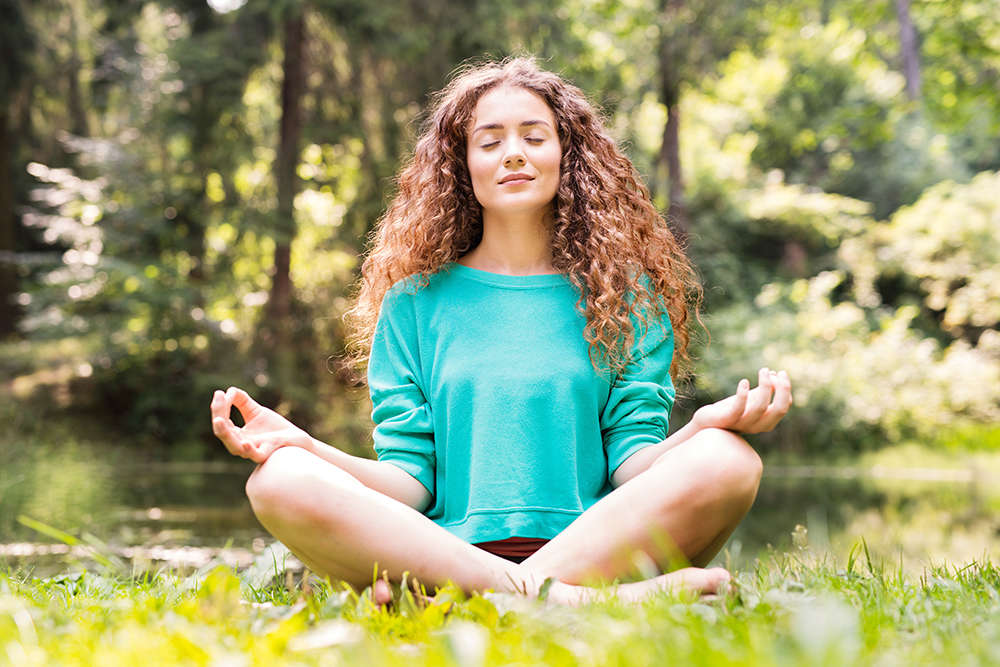 Adopting noble virtues mentioned in the scriptures can make us more spiritually evolved and help us sail through the journey of life, says Neeraj Seth

Growing, in today’s world, is associated with climbing the social ladder and indulging in cupidity. This attitude is something that we inherit from the outside world—it is not our inherent nature. Our souls are like river beds: Clear, calm, and fertile. They are capable of producing good karmas abundantly.

The problem starts when we pollute this river with our materialistic outlook. Conflict between the good and the bad always exists. Which of these two tendencies dominate depends upon which one gets fed the most. To help us recognise our true nature, the spiritual texts aim to feed the good in us and bring us closer to our inner Self. These texts delineate certain universal virtues in the form of moral and social obligations, for an individual to live his life with grace and equanimity. Let’s explore them.

Without doubt, non-violence is the foremost noble virtue. It means not hurting people, animals, or the environment to fulfil your needs. Hurt can be either physical or mental—both should be eschewed. At a deeper level, it is also about not hurting your own self and being at peace with it. When you are calm from within, your personality will reflect non-violence.

Truth is another name for infinite consciousness. Anything and everything which emerges from truth becomes a permanent source of bliss. There may be many sources of happiness in this world but the true genesis of bliss (infinite happiness) is only the truth. Some say that truth is bitter. It is never bitter; we make it so when we taint it with jealousy, competition, violence, and self-interest. When we function from truth, which is our very being, we are always graced with humility and respect. It is just like being in love—serene and ecstatic.

Our basic character is moulded by our associations. Association can be either physical or mental. Our mind creates a vast pool of experiences based on our associations, to be used according to the circumstances. Just as we reap what we sow, similarly, our personality reflects all our associations. While painting the picture of life, choose your colours (associations) wisely so that your portrait looks vibrant and blissful. Moreover, our associations, whether social or spiritual, guide us to our respective destination.

It is often said a man is known by the company he keeps. Association, here, is not only about being in good company but also about keeping away from bad company. Also, association is not just about connecting with the outside world but, more importantly, with the world within. Association is union—being at the same level of consciousness as your own Self.

Being fearless is a state of mind, though it needs to be developed and practised. However, fearlessness emerging out of arrogance is not a virtue. It is pure, when it mellows out of love and diligence. Being fearless is synonymous with bravery, heroism, and fortitude. Fear hinders our growth; it’s like a wall between our abilities and our dreams and keeps us away from happiness. Being righteous means being fearless by following our inner voice, thus being established in our true state. We just have to be fearful of one thing—hurting others. It is belief which makes us fearless; so believe in morality, dharma, and love to make yourself fearless.

It is said that silence is golden. The most effective thing to do to end an argument is to remain silent. Those who are by nature silent, reflect silence in whatever they do. Some like tranquillity, so they remain silent. Some use it to be secretive or reticent. Most of us use it to get ourselves out of an uncomfortable situation. It’s a blessed action as it never goes wrong. Being silent can be righteous but, again, it depends upon the significance of the moment. One should never be silent in the face of injustice as it will perpetuate it even more. Create moments of silence in your life. Sitting in silence all by yourself certainly helps to overcome your inhibitions and becoming decisive. Silence should be used to diffuse our inner muddles rather than as an escape route to a haven.

Stability is another important virtue which needs to be inculcated in our lives to make it blissful. Like all the previous virtues, stability is only a state of mind. We may sit with our eyes closed for meditation, but our mind may not be anchored as it is always wavering and impermanent. Our bodies may be still, but our mind is never at peace. In contrast, a person who has realised his Self, for instance a rishi or a true sadhak, is always at peace. Although their body indulges in action, their mind is stable. Self-realisation is another name for stability.

Balance, rationality, lucidity, sanity, and constancy—all connotations of stability, are a mere state of mind. We just need to align our mind with our soul to achieve an ideal poise for a blissful life.

There is no bigger virtue than forgiveness. We may observe non-violence, fearlessness, truth, silence, and good association; but all these are of no use if our karmas are not embedded with forgiveness. A person who does not forgive, stores a cache of negative memories, depressing thoughts, outrage and uncertain emotions that affect their present as well as future. It is very rightly mentioned in our religious texts that if you consider righteousness as the highest good, forgiveness is the supreme peace. We should not only forgive others but also seek forgiveness for having done wrong. Seeking absolution is not solely verbal; but can be done in the form of charity, fasting, or meditative introspection. It is something to be realised rather than something to be spoken about. Another way of looking at forgiveness is letting go of the harm caused by someone and also relieving the other of the guilt of doing harm. When forgiveness becomes part of one’s identity, the abused individual stays unaffected and free from outrage.

Following the above-mentioned principles can help us enact the story called life successfully.