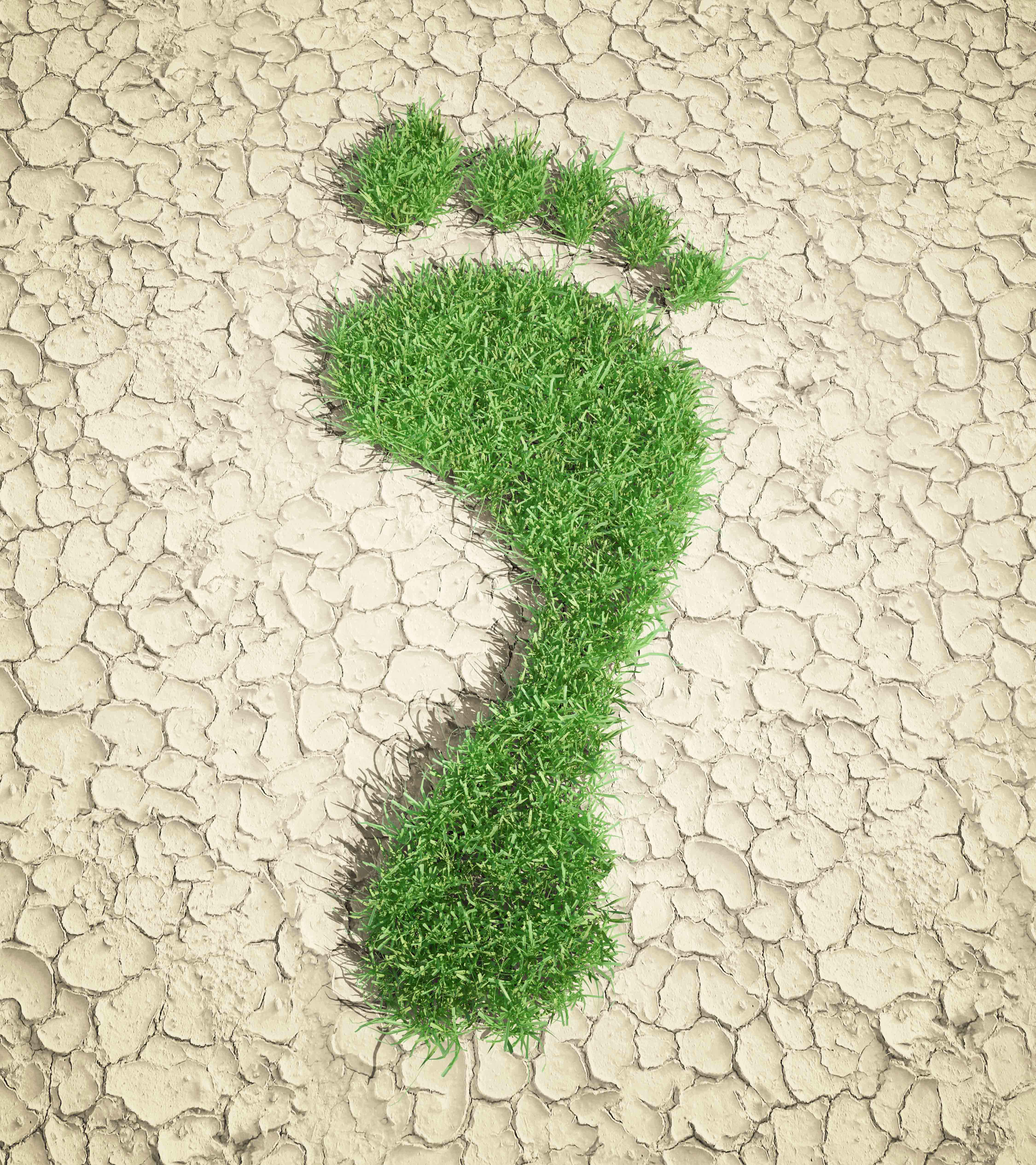 Even though we happily use technology, we unhesitatingly blame it for the downfall of our values and lifestyle. However, people like Dr. Anil Rajvanshi show us a new way of being, by harnessing technology’s power instead of misusing it

All the while he was living and working in the USA, Dr. Anil Rajvanshi kept telling himself that he must work to bring about a change in his motherland, India. And, one day, in a fit of madness or what he terms as jihad, he left a very lucrative career in the USA and came back to rural India in 1981, thinking that he will change India.

Ironically, what changed completely was not the country but his life. In the process of developing renewable energy technologies for rural areas, he discovered himself and the great spiritual traditions of India. We can actually call Dr. Rajvanshi a spiritual engineer in the Gandhian tradition. Since 1981, Dr. Rajvanshi has been the director of NARI (Nimbkar Agricultural Research Institute) in Phaltan (110 km away from Pune), Maharashtra, where he works on sustainable rural development programmes through the application of science and technology. He has more than 150 publications and seven patents to his credit.

The hallmark of his idol, Mahatma Gandhi, was simplicity. His primary focus too is on leading as austere a life as possible with regard to energy consumption. “During my stay in the USA in the 1970s, my lifestyle was typically consumerist. But coming back to India and living in rural regions taught me the significance of spirituality and austerity,” he says.

He lives with his family in a self-designed house constructed in 1984, in Phaltan. It is a stone house with 18-inch-thick walls, that is passively cooled by placing old and wet jute gunny sacks on the roof. The old and tattered sacks are then either used as mulch in the garden or as fuel for the water-boiler. “The water boiler is a grate-type multi-fuel boiler with about a 10-meter-long chimney attached to it. This chimney height gives an excellent draught and burns the wood and other material quite cleanly,” says Dr. Rajvanshi. The ash from this boiler is used as a fertiliser in the garden either directly or through the composting pit. Their kitchen waste is composted in a pit and provides excellent fertiliser for the garden.

The Rajvanshis own few clothes which are worn till they wear out and are then reused as dusters and, ultimately, as boiler fuel. Similarly, all the papers in the office are written on both sides before converting them into fuel for the boiler. He still uses his 25- to 30-year-old refrigerator and strives to get most of his gadgets repaired rather than junking them. This reduces his waste generation and his cost of living. “India is rapidly developing into a throwaway society, so it is becoming increasingly difficult to get old gadgets repaired. People today are so addicted to buying. This mindlessness is turning us into a violent, aggressive, and greedy society,” he says regretfully.

Wise use of technology

As a scientist who has been there and seen it all, he knows that we need wisdom more than anything else today. He is clear that even though technology has made life easier for human beings, it has also been used for killing others and in many non-productive ways. Today, technology is destroying lives instead of creating it, he believes, while trying his best to infuse wisdom and spirituality into technology.

With the help of his colleagues, Dr. Rajvanshi has carried out research in various areas pertaining to the rural population. For example, during his early stay in the 1980s, the electricity situation was poor, resulting in frequent blackouts. This made him develop an improved and efficient liquid fuel lantern. The designing of the lantern required sophisticated tools of heat and mass transfer, combustion, and fluid dynamics. This multifuel operating lantern, christened ‘Noorie,’ runs on kerosene oil, diesel, and low concentration ethanol. According to knowledgeable experts in the area of liquid fuel lighting, the development of the ‘Noorie’ lantern was the first major advancement since the early 1920s in lantern technology. It is much more efficient than the existing available designs, is much easier to light, and doubles up as a small cooking stove.

From 'Noorie' to sweet sorghum

While developing kerosene lanterns, Dr. Rajvanshi became acutely aware of the need for developing an alternative liquid fuel that is renewable, environmentally sustainable, and homegrown. He came across sweet sorghum whose stalks have a high sugar content and are an excellent substitute for sugarcane in ethanol production. Besides the production of ethanol, Dr. Rajvanshi and his team also embarked upon the development of complete technology for producing jaggery and syrup from sweet sorghum.

They found that it is a multipurpose crop that produces grain, sweet juice, and excellent fodder from the same piece of land. Furthermore, with regard to per unit of water consumption, it is one of the most efficient sugar producers. On realising its merits, Dr. Rajvanshi and his group established, in the late 1980’s, probably one of the largest multidisciplinary research programmes in the world on sweet sorghum for ethanol production.

As a result, NARI’s sweet sorghum hybrids have been tested and sown in about nine countries, namely Mexico, Zambia, Thailand, Pakistan, Zimbabwe, Portugal, Mauritius, France, and Italy. Additionally, due to NARI's efforts, in early 2000, the government of India set up a national project on sweet sorghum where about a dozen agricultural universities were involved in research and development. Also, a large number of private corporations have become interested in the use of sweet sorghum for ethanol production. This shows the foresight of NARI’s efforts in the early 1980s.

Optimal use of solar power

In earlier days, before the existence of the Aquaguards, Kents, and other expensive water purifiers, we often saw our grandmothers using a simple cotton cloth to filter the tap water and then boil it to make it ready for drinking. Now, Dr. Rajvanshi brought back these traditional methods in an effective and simple way to make a low-cost solar water purifier, which could be immensely helpful for rural households.

All you need is a discarded saree, a few glass pipes, and sunlight. The solar water purifier (SWP) consists of four tubular solar water heaters attached to a manifold. The unclean water, which is filtered through the cotton cloth, is filled in the SWP and is later heated using solar energy to make it potable.

“In most other solar heaters available in the market, water only gets heated up; it is not purified. And in other systems like RO, etc., water only gets filtered but complete sterilization is still lacking. So we came up with an idea where we can do both: filter the water as well as kill germs by heating it at a low cost using solar energy,” he says.

Dr. Rajvanshi and his team started working on this project in 1984. But due to the unavailability of a tubular collector required by the purifier, the model did not work on cloudy days. In 2012, he again started working on the idea and launched a final prototype which is being used in the Institute to provide 30 litres of potable water daily. The amazing fact is that this technology does not waste a single drop of water unlike other RO systems in use these days.

Apart from all his technical achievements, what I found most inspiring was that when the whole nation was eager to go abroad and live there, Dr. Rajvanshi had the courage to swim against the tide.

When I asked him what made him walk the road less travelled, he said, “Our Indian spiritual philosophies inspire me to lead a simple lifestyle. By reducing our greed, we become more compassionate. This raises our quality of life; we lead a joyous life, not a mundane and boring one.”

He has written extensively on the intersection of spirituality with technology and believes firmly that ‘spirituality + technology = happiness.’ As we have seen, he tries to live a sustainable life in his rural setting and believes in the Gandhian philosophy of higher thinking and simple living.

It is said we learn best from examples and I, for one, have certainly become a wee bit wiser after my interaction with Dr. Rajvanshi.