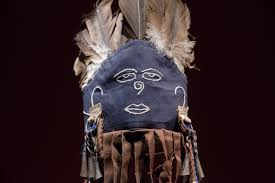 The seventh International Congress of Shamans and Healers took place in a small town in the Austrian Alps in May 2008, and once again touched me deeply.

Around 20 shamans and a number of scientists from five different continents came together to share their wisdom and knowledge, their rituals, and songs with participants from all over the world. Once again, it became clear that shamanism is a global heritage of humankind.

Though an Austrian national, married to an Indian and living in India, I am a shamanic practitioner myself and enjoyed meeting the global shamans, from Ailo Gaup a ‘Sami’ shaman from Norway, to Wai Turoa-Morgan, the Maori of New Zealand, from the Siberian shaman Nadja Stepanova to Standing Eagle from North America and many more.

The participants at the conference were not merely reduced to listeners or observers but were completely involved in the transformation of old wisdom and knowledge into our modern age. We do not have to become shamans, but we can learn how to communicate with the spirit world, how to dance the dance of the elements, and to pray to Father Sun and Mother Earth.

What do shamans do? What they have in common all over the world is that they willingly enter into an altered state of consciousness called trance to communicate with the spirit world to retrieve information that is helpful for themselves and for their communities. There are different ways and practices to enter into this other world by either using sound in the form of drumming, rattling, or singing or – as is practiced by shamans in the South American Amazon – using the help of psychoactive plants to meet their helpers and teachers from the other realm.

It was an outstanding event. To describe a day at the gathering you have to accompany me to an early morning meditation with Standing Eagle, the Native Indian shaman who guided us to join the wisdom of the Star Portal described to him by his grandmother; followed by a lecture by Dona Eufemia Chocal-Chicol from Guatemala about the prophecies of the Mayans. She spoke about the destruction and renewal of the world and how we are laying the seed for the sixth sun to come. After the morning lecture, we had a choice of workshops and lectures throughout the day.

My teacher, the Norwegian born ‘Sami’ shaman, Ailo Gaup, was born in the northernmost part of Norway but was soon after birth snatched away from his mother by a Christian missionary, and was later sent to be raised by farmers in a village at the age of seven. As a young journalist in Oslo, he heard the call of the drums by dreaming about the powerful ancestral drums of his own tradition. Apart from being a teacher in his own school for shamans, he is also an author of various books like The Shamanic Zone and others.

I hardly find words to describe the impact of his voice on me. Some years back when I attended one of his sessions, I had a powerful vision that opened a door to an ancient mythology, and an animal spirit became my immediate guardian. Only later, was I able to grasp the full potential of the event. Since then, I know that teaching takes place between the worlds and we do not have to be in the presence of a shaman all the time, as we can also join into the spirit of the shaman and see. However, of course, I would like to be closer and spend more time with him.

After a short break, I am on my toes to attend a workshop with Dr. Jeremy Narby. He says about himself: “I am 100 percent anthropologist and 0 percent, shaman.” He studied history at the University of Canterbury and received his doctorate in anthropology from Stanford University.

Intrigued by the uncanny profundity of the knowledge displayed by shamans of the Amazon, he began to study the subject and has become an apt bridge between the wisdom of the indigenous tribes and modern-day science, particularly microbiology. In his famous book, The Cosmic Serpent, he found that shamans, once entered into a trance state of mind, take their consciousness down to the microbiological level of our DNA, and the knowledge they retrieve in their visions can be identified as the neurons emitting from our own cells. He proves that the shamans are right.

In his latest book, Intelligence in Nature, he opens another world to the wisdom of animals and plants. I strongly believe that this knowledge should also be taught to our children. As he says, “At present mankind finds itself at an ironic crossing. Indigenous people are interested in our modern technology and on the other hand, westerners travel to the Amazon to gain insight into their lives and healing by drinking Ayahuasca, a mixture of plant essences that leads to real hallucinations, provided by shamans in the forest.”

It seems that it is not necessary to follow another person’s tradition but rather create your own. We live in a global village and have the option to share what we know with others. But more than that, we are all children of Mother Earth and every effort to regain our contact with her heart is welcome in order to heal the wounds of the planet.

I have seen the respect for water in Efigenia’s eyes and the passion for the ritual dancing in the whirling of Kim’s ritual performance, and I have decided to create my own tradition, because ‘we all have a shaman within ourselves’, as Ailo Gaup once said.

Shamanism creates order and order creates healing. Shamans are artists dying to express themselves, they know about the healing of the mind by keeping a strong perspective, and healing of the heart by music and dancing. They are known as masters in soul retrieval as they do not fear to enter realms that are otherwise hidden for the rest of the community. They know about animal spirits and teachers in the upper realms and the good news is that all this is accessible to us. We can all learn from our spirit guides once we keep our senses open.

The conference lasted for five days. New traditions were formed like flowers growing out of the wall.

In the evening, we were all carried into the land of mythology by Britta Haugen, a Danish storyteller and ritual dancer. We performed a ritual dance where we joined the spirit of the elements, the sun, and the earth, nurtured our souls by transforming into wind, fire, water, and earth, and created a circle of strong and powerful energy while whirling through the hall.

Perhaps one of the strongest impressions was made by the Sami singer Marie-Boine in her evening concert on the third day. Well known in India by insiders of the music scene, she performed a touching selection of songs from her latest album, Idjagiedas.

A universal feeling of joy, harmony, power, and strength resonated throughout the conference. We all thanked Father Sun and Mother Earth in the sun ritual of Nah Kin from Mexico and at the end crossed our arms in front of our hearts. We thanked the organizers, the ‘Association of shamanism and healing” from Germany (www.schamanismus-und-heilen.de), and spread out to the world again.

Although Shamanism is not well-known in India, Lord Ganesha is considered to be the first shaman of the universe. In their book, Shamanism and Tantra in the Himalayas, the German authors, Raetsch and Mueller-Eberling, write: “Due to the fact that Ganesha had to go through a traumatic experience facing death and rebirth, he became a role model for the indigenous shamans of the Hindu realm of Nepal.”

We welcome your comments and suggestions on this article. Mail us editor@lifepositve.net