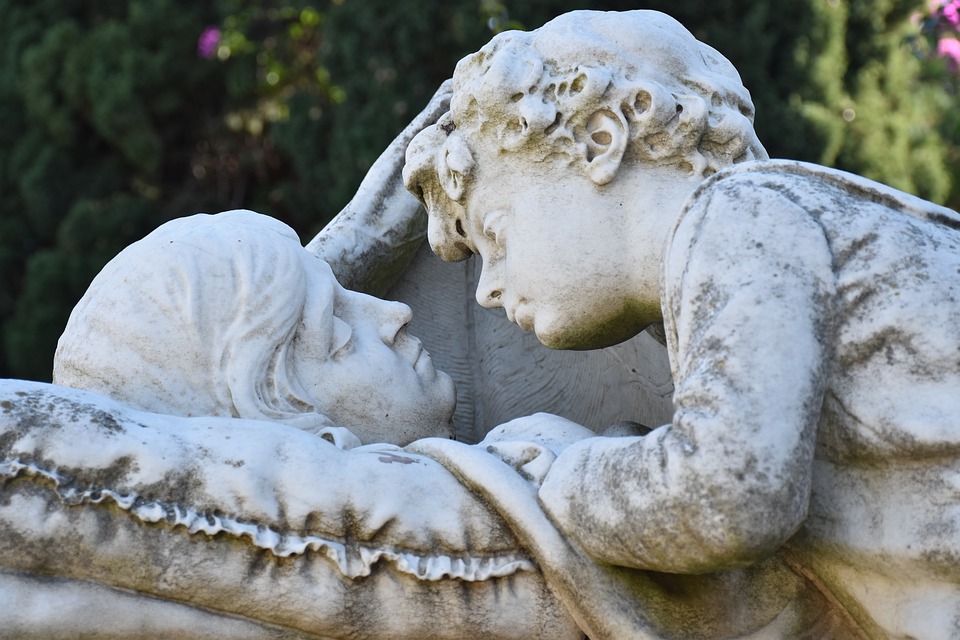 Why Death is not the End

Death is a progression of life into another realm of existence

One day we must all die. We are all destined to die no matter who we are and how different we are from one another. Death does not come to people depending on what they believe or to what social class they belong to. Yet what happens to us when we die? Is there something more inside us that continues to live even after our physical bodies die?

Some scientific research has been carried out over the last 20 years into death and what happens during the process of dying. Scientists have been fascinated by the stories people tell once they are brought back to life having already been declared clinically ‘dead’. Their stories recount all the experiences they had during their near-death experience (NDE). Surprisingly, extensive research into these numerous accounts showed that people did, in fact, share the same experience of death despite their differing religious beliefs or social backgrounds.

One type of frequently described NDE is ‘life-review’. Just like the reel of a film playing, a myriad of experiences unfold before the inner eye of the dying person: images of important stages, significant life-events, and even things that occurred way back in childhood. Then the person has a sensation of being pulled through a long, dark tunnel until suddenly he finds himself actually outside his body and able to look down on it instead.

Dr. Raymond Moody, an American physician and author of bestsellers like Life After Life, describes this out-of-body state: “The person still possesses a body though it is very different from the one left behind. People are still able to see but this sight is on a deeper level and has more to do with perception rather than the capacity to view the physical form. They are able to focus on a person and perceive their true intentions. Communication happens almost telepathically—mind-to-mind and heart-to-heart. One person reported: ‘I knew what he was going to say before he opened his mouth.’ But try as he might answer the doctor or nurse, the dying person finds it difficult to make himself understood. It takes him a while to understand that the reason he is finding it difficult to communicate is that he is dying.”

When dying, people often feel enveloped by a brilliant, warm light and experience a sense of ‘living love’. Many people encounter friends and relatives who had long since passed away. Survivors of NDE return to life profoundly changed. They no longer fear death and understand that life goes on. Many strive to live a good and exemplary life now that they realize life is actually a great gift from the Creator. They reach the understanding that we bear responsibility for all of our thoughts and actions in life and even for the things that we say.

So, both the results of thanatology and the many reports collected from people about their NDEs provide us with ample evidence for the continued existence of some entity (call it soul) after physical death. It points clearly to the fact that death is not the end!

Moreover, there is another kind of evidence to suggest that human life is not just connected to the physical ‘here and now’ but lies beyond our physical senses, and relates to our own inner world. What makes us human is not our intellect or our brain—humanity lies in our power to experience many different facets of life, for example, our sense of justice, our ability to love, our ability to understand free will and the responsibility that comes with it, to appreciate beauty, and to develop art and culture. These things have no relation to the physical brain or intelligence. They are an expression of the spirit inside us.

There is no scientific evidence for love, beauty, grace, and loyalty but does that mean these things do not exist? The moments when we experience them consciously are so real and full of life, but can we replicate them or pin them down?

All technological achievements pale into insignificance when confronted with the power of man’s inner perceiving. It will never be possible to transmit joie de vivre to a machine. The most advanced form of artificial intelligence can never possess the consciousness that is capable of experiencing in a human manner. What distinguishes us humans is the fact that our abilities are not just physical, but are also psychic in nature. The essence of humanity is rooted in the capability to experience and perceive many things. It is based on a special inner nature, essence or ego.

This essence or ego, which is, in fact, our soul, has nothing to do with what is physical or material in nature and exists independently of our physical body. Even the use of language tells us something about the way we view ourselves. For example, one refers to ‘my body’, which implies some form of ownership or possession of the body as opposed to saying ‘I’ which refers to something other than this physical body that we own. The ‘I’ is the actual owner of the body or to put it another way, the ego-consciousness. It fuels the machine but is not the machine itself. The machine may become old and rusty but the driving force is self-perpetuating and untouched by age. The physical body ages in a similar way but the spirit or essential personality remains the same. So if the soul or ‘ego’ is independent of the physical body, then surely that means it does not die when the body dies? Death cannot mean that ‘we’ ourselves die, as we are not our bodies!

When we die it is as if we take off a cloak that we have been wearing—in the form of our physical body. We just step right out of it as so many people have described in their NDEs. We could also compare this to the butterfly that emerges from its cocoon. So, it is only natural that when the soul makes an exit and abandons its shell, rigor mortis will set in and the body will become rigid. The animating life-giving force has now disappeared and the body no longer has any reason for existence.

Many of these topics are discussed in an excellent book titled In the Light of Truth: The Grail Message by Abd-ru-shin. In this book, we learn that death is just a process and it leads us from one step to another: from this ‘gross material’ world onto the next ‘ethereal’ world, the world of the beyond.  “The process of dying in itself is nothing but birth into the Ethereal World, similar to the process of birth into the Gross Material World.” This is why people experience being drawn through a tunnel at the end of which a new Light awaits them.

Whoever has the privilege of witnessing somebody dying, or experiencing the moment a human being passes over, should always seek to make contact with the soul through his thoughts and wish him well on his further journey. It is useless to despair and long for the person to return. When the dying person understands how painful it is for his relatives to let go of him, he finds it more difficult to separate from his body. Unfortunately, he then becomes more concerned and preoccupied with their wishes instead of passing on. This may result in a more prolonged and painful death.

The thought that everything comes to an end when we die seems to be a prevalent belief worldwide. And it is of course very reassuring to think in that way. Why should it matter whether you were a good person or not if it all comes to an end anyway? Why try to become a better person or worry about matters of conscience, moral dictates, or loving one’s neighbor?

On the other hand, the person who is convinced that he will live beyond death will be much more aware of the responsibility that he bears both for himself and towards others within creation. He understands that his present life and the way he lives it is closely connected with his continued existence after passing over. Then he will have reason to fear the consequences of every single wrong and harmful deed he had committed. He is still likely to suffer the consequences even if he no longer lives on earth.

In the end, we can never escape the fact that we do continue to live after this one earth-life. Death is only a transition to be made and is not an end in itself. It is therefore so important to pay attention to spiritual happenings and not to suppress all thoughts of death but to accept it as an integral part of life. This will allow us to live a good life, which is not only committed to loving for one’s neighbor but also contributes to the further development of creation.
The author is the chief editor of the magazine
‘Gralswelt’ (Grail Word). Contact: am.stahl@arcor.de