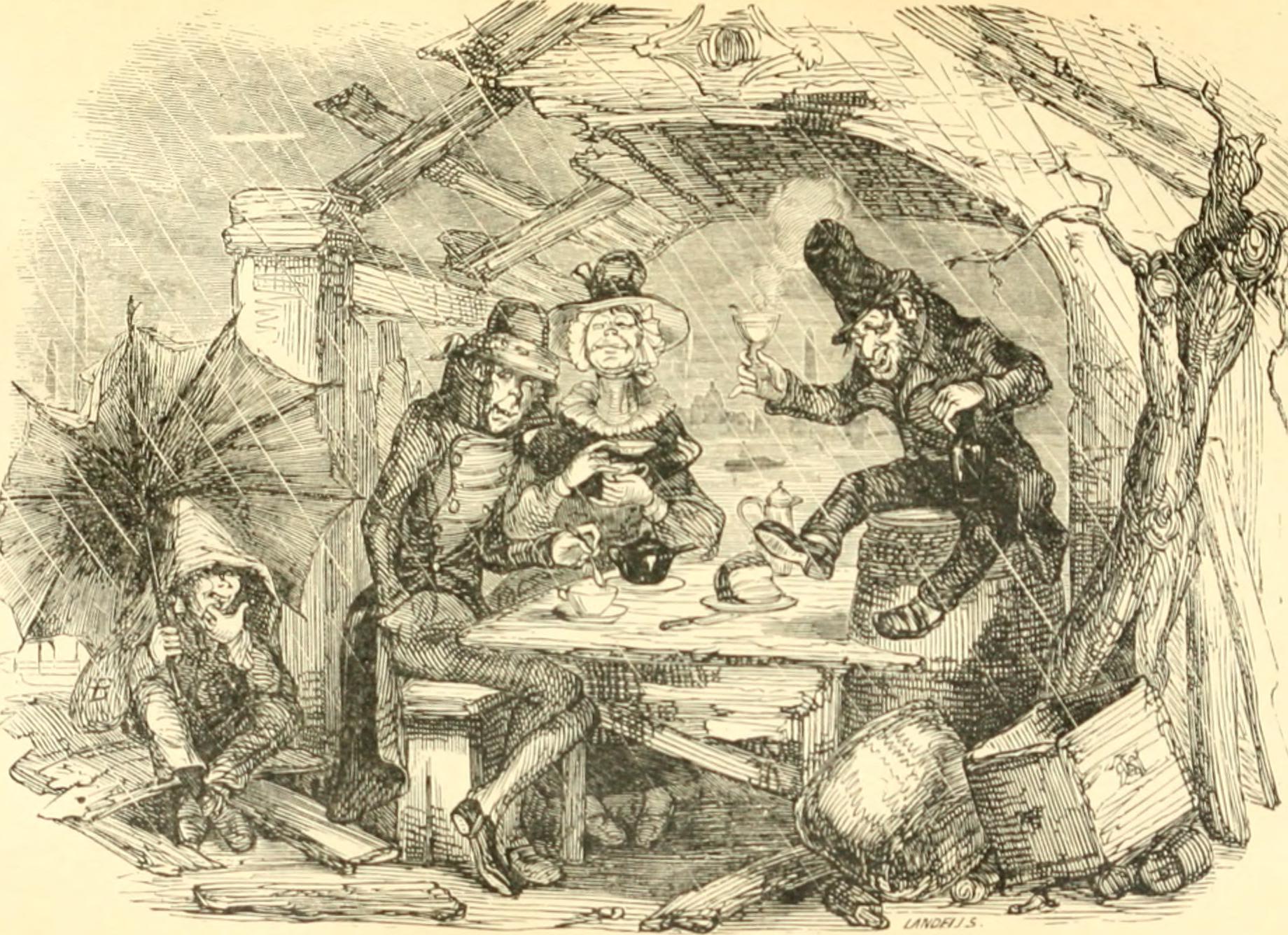 By practicing Sakshi Bhava or witness consciousness, we can distance ourselves from our chameleon-like mental tendencies

“There are two birds, two sweet friends, who dwell on the self-same tree. One eats the fruits of the tree, and the other looks on in silence.”

This verse from the Mundaka Upanishad sums up the secret of abiding happiness, in our lives. We enjoy the fullness of life, yet simultaneously witness this participation silently. This seems essential when we consider the next verse of this Upanishad, in which the imagery is further developed. The active bird is overcome by sadness at her unceasing and unwise partaking of life. However, when she beholds on the same tree the eternal power and glory of the other bird, the witnessing spirit, she is freed from sorrow. For she sees that between herself and the other bird, there is a fundamental identity.

Based on the philosophy of the Upanishads, Advaita Vedanta teaches us that if we could witness our thoughts and emotions, we would discover that what is witnessed is not our essential nature, but an ever-changing flux of our mind’s desires and tendencies. By practicing Sakshi bhava or witness consciousness, we can distance ourselves from our chameleon-like mental tendencies. By using the anchor of the Sakshi, we observe our world, but simultaneously also absorb the detachment, power, and impartiality of our anchor, the witnessing mind. Anchored, we observe. Anchored, we inquire into the origins of our thoughts and emotions, and the problems that arise from them. Anchored, we see them rise, take form, and ultimately merge into the witness. The thoughts, emotions, and problems are transformed, by their emergence in the silence and peace of the witness. Anchored, we plunge from the witness mind to the eternal witness within ourselves – the Atman, or Self, identical with Brahman or absolute consciousness, which is the substratum of the universe and beyond it. This is the zenith – self-realization followed by liberation.

There is logic to the use of the Sakshi bhava to return to the eternal Sakshi, as the goal of witnessing and the process of witnessing is the same. From Advaita Vedanta, we learn that the world is a dream or thought-wave in Brahman. Brahman first witnesses his own dream. Since he is ever-existent, and beyond action and change, he neither transforms himself into the world nor creates it. Instead, to manifest his dream, Brahman sinks into his own divine creative principle of Isvara Chaitanya or cosmic consciousness. It is in Isvara Chaitanya that Brahmanunites with Maya or illusion so that his dream of the world can assume perceptible form.

As Maya has the twin powers of both concealing the reality, and projecting the appearance, we human beings are enclosed in this projection, and veiled from His reality. However, Isvara is the wielder of Maya – free, powerful, and knowing – controlling the very process of the world’s creation, preservation, and destruction, without beginning or end. Isvara exists in each of us as Sakshi Chaitanya or witnessing mind. By using this in-dwelling witness to observe the play of the world and its processes, we anchor ourselves in our purest mental principle – free, powerful, and knowing. In the highest quest, it is from here that we must plunge to the eternal witness in us – Atman/Self – identical in principle with Brahman – lying beyond the mind, in our own timeless, deathless spirit, which first bore witness to a dream. It is in the self that the triad of the world as Maya, the individual as jiva and God as Isvara gets resolved in the eternal existence, awareness, and bliss of Sat, Chit and Ananda.

Before we begin to practice Sakshi bhava, we need some preparatory discipline and mental purification to help us build faith, and devotion, in this steady abiding state. This is simply because we carry over countless births, strong patterns, and tendencies, which must be restrained and steadied before we can learn to distance ourselves from them. It is a small wonder that Patanjali’s Yoga Sutras designed for the Vedantic disciple, to attain samadhi in eight stages, begin with Yama, niyama, asanas, and pranayama. Yama is the general discipline designed to develop unselfish, self-controlled, and non-worldly behavior. Niyama fosters cleanliness of both mind and body through control over bodily desires and mental distractions. A sense of devotion to a personal God who dwells within us as witness begins to grow. Asanas are learned as correct physical postures for concentration and meditation and pranayama helps us control our breath and therefore our minds, breath, and mind being integrally linked.

It is only after this preparation that formal techniques are given to help us reach and abide in our witness self. Pratyahara is the way to contemplate an object with the intellect alone, senses withdrawn. Dharana is the firm concentration on the self, and dhyana or meditation, the inner vision of the self, after concentration is fixed on it. The eighth and final stage is Samadhi or complete thought-free absorption in the Self.

Living through the Sakshi bhava becomes our sadhana and a way of life. Writer Saroj Butani, a devotee of Sri Ramakrishna, says, “I am aware of a part of me that is the Sakshi, which watches without judging. By the light of its presence, it forces me to make choices, making me choose the path of the Shreya (beneficial) over the prey (pleasant). Being and remaining in this bhava means that I am constantly alert, examining every action and thought, even if subconsciously. It helps me see the motive behind an ill-advised action or an emotion, which led me to hurt another. This has been my sadhana since as far back as

I can remember, in my relationships both with the outer and inner worlds. It found an anchor in my association with Sri Ramakrishna. I was fascinated by his constant dialogues with Ma Kali. She represents for me the Sakshi bhava within him, his awareness of the witness, who made him question himself when doubts assailed, inspiring him to find answers to his own questions.”

With constant practice, the Sakshi bhava can be invoked at will to remain constantly with us through the day and night. The practice of constant self-awareness is found in Theravada Buddhism’s Pratibha technique of mindfulness, also known as vipassana. This works by observing one’s daily physical and mental states – bodily sensations, feelings, mind, and mental objects – with a minute and detached attention.

He abides contemplating mind-objects as mind-objects, ardent, fully aware, and mindful, having put away covetousness and grief for the world and mindful.”

Dharam Acharya and Zen teacher Shantum Seth shares the method of his practice: “One initiates the witnessing process with questions like ‘Who am I?’ or ‘What is this?’ With ‘Who am I?’ we can start looking at one’s experience in a social and historical realm as a male/female, a son/daughter, a spouse, a parent, the work one does, and so on. One can next focus on the breath – the simple flowing of the breath, in and out. I observe it in the rise and fall of my abdomen. This helps to bring the mind to become a breathing mind and brings the body and mind into the present moment. We can then look deeply at each part of the body. This may seem simple but becomes profound when you can observe the universe in a single strand of hair.”

Minute observation of one state seems to impact another. Says Shantum, “We can then witness our emotions more clearly, see them rise and fall away. For instance, if one is irritable, one can observe this feeling and see how it affects the body and mind. We can also name the thoughts or emotions, classifying them in three ways – as neutral, wholesome, and unwholesome. This helps transform neutral feelings into wholesome and unwholesome into neutral. As one goes deeper into the inquiry, one sees there is no ‘I’ one can hold to as existing independently, no one feeling. Each thought, each feeling is influenced by causes and conditions, inter-connected as they co-arise. One sits with this bare awareness, deeply aware of the present moment. It is a very peaceful state. It allows one to touch and water the seeds of happiness and taste the food of joy.”

‘Who am I?’ is also Sri Ramana Maharshi’s famous method of inquiry to understand the nature of the mind and its relation to human bondage and freedom. He taught that the mind is nothing but a bundle of thoughts, each traceable to the ‘I’ thought, the abiding root thought, or witness. Since thoughts themselves rise because of our identity with the body, and since the feeling, ‘I am the body’ is illusory, the mind cannot continue the masquerade under sustained inquiry. The method of his inquiry, as a thought arises, we ask ourselves, “Who does this thought belong to?’ The answer is ‘to me’. Then with faith and concentration, we ask, ‘Who am I?’ As we quietly focus on the mind’s in-turning, we do not attempt to answer this query but simply wait. If we are patient, the thought can be traced to the ‘I’ thought or the witness mind.

Says Sri Ramana, “Stick to this ‘I-thought’ and question it to find out what it is. When this question takes a stronghold of you, you cannot think of other thoughts. What happens when you make a serious quest for the Self is that the ‘I-thought’ as a thought disappears. Something else from the depths takes hold of you and that is not the ‘I,’ which commenced the quest. That is the real Self, the Supreme Being itself.”

In his poem Sat Darshanam, he writes, “So long as one thinks he has a form, the world and God too have formed. When one is the formless Self, what is there to see? It is itself the eye, complete, limitless.”