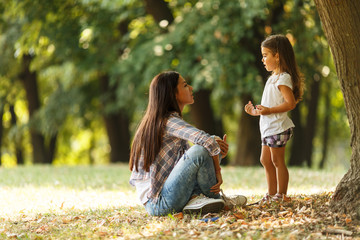 JOURNEY OF A MOTHER PARENTING TIPS

Pained by her daughter’s decision to quit learning violin, Vidya Murlidhar realises that as a parent her job was to help her children navigate their life path, and not decide the destination they should aim for. This taught her the art of parenting.

I sat on the wooden bench outside the tiny classroom in the music school, my solemness amplified by the sad tune my daughter and her teacher played on their violins. Ah! such was the beauty of violin. The sounds that arose from the confluence of its strings, the bow, and a musician’s touch, had a way of tugging at my heartstrings. Tears filled my eyes as it dawned on me that this was going to be her last class. A couple of weeks ago my child had decided to stop taking the lessons. She just did not enjoy it anymore, she said.

For years, we had been regulars to this school. Every week, come rain or shine we would be there for her class - an eager child learning to navigate the world of music and an even more eager mom proudly watching her progress. How gratifying it had been to see the transformation; from shrill notes to pure melody in the same time that she had blossomed from a little girl into a teen!

I was sad. Why did she have to quit? That too when she had come this far and was in her junior year. How would the fact that she had stopped playing violin reflect on her college applications? There were a few colleges in the US that offered great education in her dream career but most of them were quite selective in their admission procedure. The only thing they unanimously emphasised was that they admitted only those students who they thought stood out in the crowd. Didn’t that mean that their resumes had to be crowded with not just academic achievements but other activities as well? Wouldn’t her resume look a little less embellished if she gave up violin?

Earlier today, I had shown my other child, my son, a list of summer camps, ranging from STEM camps (science, technology, engineering, mathematics) to rock climbing. Camps that promised to stimulate him physically and mentally and teach him skills that would give him an edge over his peers. I was disappointed when he turned down all of them and instead picked a fun one that in my opinion did not really boost him on the learning curve. My little one was the happiest kid on the block but was that enough in an age of child geniuses? Every day there were stories of exemplary young kids who had achieved greatness - six and seven year olds who played three instruments with ease, kids barely in their teens playing professional sports, middle school children who published books, high schoolers who invented apps that made a difference to the world. It was an intense and competitive environment out there. Were my husband and I doing enough as parents to create a strong launch pad for our kids? Did we fall short in the 'push' department? Maybe we were too laidback and relaxed in our approach. Years ago, at my son’s karate class, I had taken a heartfelt decision to never force my kids into doing activities they did not enjoy. It had come to me one day while observing the little ninjas in pristine white kiap as they learnt a new kick-punch combination. There was one little boy who seemed to outshine others. His kicks were exquisite, his punches strong. While most kids struggled to maintain their balance after a jump kick, this child moved swiftly and steadily. Yet, after every move he made, the child would look longingly at his father, who sat across the room, for approval. Each time the father would signal him to kick a tad bit higher or punch a tad bit stronger. That broke my heart. Of what use was talent if one needed another’s validation to enjoy it? It was such a strong display of martial art yet it was not for himself the child performed. It was to please his father. That seemed so wrong. That’s when I decided that if my kids chose to do an activity they would because they enjoyed it. Of course, since it was their own decision they would also have to make sure that they made it to the classes on time and did their bit to practice at home.

It had all worked out well until now. As the time to send them off to college drew near, I found myself feeling anxious, ill-equipped. It seemed like my ‘just stay happy and healthy’ mantra had failed to sharpen the killer instinct my kids needed, to survive in a shark tank. Also, as I sat on that wooden bench, I could not help but wonder if all those evenings spent at the music school, those trips to the music auditions, rehearsals and orchestra concerts had been wasted if they did not add anything substantial to her resume. Was it unfair on my part to have greater expectations from her? After all, when she chose to play the violin she must have dreamt of making it count too?!

Just then that little voice, my constant companion whom I often write about, spoke. “Ahem, you know when she picked up the violin, she just wanted to learn a new skill. You were the one who reached Carnegie Hall in your dreams. When your son picked up the tennis racquet all he ever wanted was to hit the ball across the net. You were the one who reached the Grand Slam. They are still young and have just begun their journey in a rowboat to explore the sea of life. The waters ahead are choppy. Instead of being the oar that steers them ahead, you hopped onto a speedboat and reached a destination - an island of imagination that was probably not even there on their course. It’s a good thing you let them decide what they liked to do but remember you also have to let them decide how much they like it. They will be fine. You need to focus on your own passion instead.” Guilty as charged, I thought sheepishly. In fact, ‘the voice’ had been gentle today. She did not admonish me about the time I had reached ‘Broadway’ when my child landed a meaty role in his elementary school play, or the time I teleported to the Olympics when my daughter took her first archery lesson. Or when I dragged my poor baby for voice lessons for almost a year - lessons she hated. (That was prior to the karate kid lightbulb moment). Fortunately, the kids did not take up the offer of being coached for acting or archery. They knew what they wanted. I did not. Or else there would have been multiple islands of imagination in the Pacific. The voice was right. Instead of whining about the trips to the music school coming to an end, I should be glad that I now had more time to write. A passion I had discovered recently and which had brought immense richness to my life. When I sat down to write, it was as if nothing else mattered. It was my sacred space where the words just flowed from my heart onto the page. There was no one or nothing in between. In those moments it did not matter if a war raged outside my realm. I still cared deeply about the world, but in those moments, it did not matter if the world cared back. It was pure joy! That’s probably how an artist feels when he paints, a sculptor feels when he sculpts, a dancer when she hears the rhythm, my husband when he tees off at the golf course and exactly what my daughter must have felt when she played the violin. If she didn’t, then mastering the skill would have taken a lot more effort and yielded a lot less joy. I had to salute her for having figured this out. All was well. I sat on that speedboat one last time to mentally compare the joy I felt on writing with what I would feel if my child won a Nobel Prize in physics. Sadly, I realised that the happiness a parent felt when their child achieved something great was always tainted with pride. It would never be unadulterated bliss. How selfish of me then to dream on behalf of my kids or charter their course in life! As a parent, I just had to gently remind them to steer their boat, to follow their heart’s course, not mine so that they could create a sacredness of their own. The realisation lifted a big load off my shoulders. We did not have to tailor our lives to look good on an application or a job resume, or prove our child’s worth to the world. We have to live our lives simply for the joy of being, and enjoying moments of togetherness. Yet ever so often, we parents, in an attempt to mould our creations to perfection end up squishing them. Henceforth, I would certainly try not to. Forget summer camps, what I needed was a puppy! To teach me to be in the moment and live, laugh and love.

Vidya Murlidhar lives in Charlotte,North Carolina with her husband, two children and father-in-law. When she is not writing, she spends her time dancing, baking and learning about Reiki and energy healing.