Since childhood Dr.H.P. Anujj Elviis was attracted to spirituality and occultism. He used to think of it as some deep hidden art that very few can learn and practice. His questions started in earnest when he was 13 soon after he succumbed to jaundice. His state became so severe that the doctors gave up his recovery, but leaving no stone unturned Anujj's mother took to mystics, contacting a local yet powerful Tantra practitioner who claimed that he could bring her son back to health. Soon after Anujj did indeed recover, and when the young Dr.Anujj Elviis went back to this tantra practitioner and thanked him for his recovery, it was revealed that he had come back with special powers. After that, no one was able to put a rest to his curiosity or answer his questions.

Initially Dr.Anujj Elviis shunned away the idea of special powers and moved on. However, soon he started seeing spirits, often relatives and acquaintances that had crossed over. Naturally no one believed him, but Dr.Anujj Elviis continued exploring and soon started practicing what he would later known as basic elemental Magick. Many a time he would recount events before they happened to family and friends, shocking and surprising everyone. This spooked the kids at school, so the young Dr.Anujj Elviis never had many friends to join at recess, instead spending recess time at his favorite place-an old cemetery adjacent to his school and on which the school had been built on.

After graduating with a degree in sociology, Dr.Anujj Elviis experienced two incidents that changed his life, pushing him deeper into Occultism. One of these was experiencing his first major haunting, during the night shift at his workplace.

Anujj started working for a company where many people believed the top floor of the building to be haunted. This peaked his curiosity, so one day on his night shift he decided to use the washroom on the top floor. When he entered, he found there was someone else in there already, a boy. They started to chat and Anujj shared how everyone thought the bathroom was haunted. They both laughed and Anujj soon forgot the incident. Later, during the monthly meeting, the death of a fellow worker was announced. When his photograph was displayed on the projector Anujj's skin went cold. It was the same boy, but he had died in an accident three days before Anujj saw him in the washroom. After the meeting, Anujj frequently went to the top floor bathroom to see the boy, but he never reappeared.

Dr.Anujj Elviis was born in a Christian family. He was raised to be a Christian priest and indeed he did become one if only to understand the religion better. However, when Dr.Anujj Elviis was told that what he thought and what he did was worshiping the devil and a sign that he had sold his soul, it was clear he could not walk that path. Over time, as he continued reading and practicing, Dr.Rev. H.P. Anujj Elviis realized the path is wider than expected. So wide even hundreds of lives would not be enough to learn everything. It took time for Dr.Rev. Anujj Elviis to realize the abilities which he possessed from birth, such as clairvoyance, clairaudience, empathy, and other psychic abilities. The power to foresee future events, communicate with spirits, and so on, are gifts he believes many of us are born with but most of us never open the package that is our soul. We have to look within for us to see our real self.

Dr.Rev. Anujj Elviis believes that it is important to see the good in all religions and to respect all faiths. To him, this universal respect is fundamental to Wicca as a fertility, nature-oriented Earth based religion that honors the Divine in all aspects of life and nature. An eclectic practitioner, Dr.Rev. Anujj Elviis includes reiki, rune reading, voodoo, angelic guidance, and tarot reading in his practice, along with vastu consultancy. Dr.Rev. H.P. Anujj Elviis also gives a lot of importance to prayers, energy work, meditation, and divination, because he believes Magick is the Divine working through a person to bring about change in the world. His path is based on 3 principles:

India is a land of myths and ancient civilizations, but in the last few centuries it has absorbed new influences into herself, taking her people further away from the nature based worship they are used to. Fake gurus and con-artists, ruining peoples lives for their own benefit, have made things very difficult for the real practitioner. Unfortunately, those who follow their calling in witchcraft are shunned or worse. So many people are killed in the name of religion and beliefs in the world, and unfortunately India is no exception. People are still killed because of suspected witchcraft in this country. [Editor's Note: According to India Times, over 150 women were murdered across India in 2014 for suspected black magic.] Because of this threat, practitioners of magick must cloak themselves and any activity they do all the time. Fortunately, wicca is still so little known in India most practitioners are confused with Hindu tantric practitioners or other followers of the Hindu pantheon, as long as they do not refer to themselves as a witch openly.

After seeing so much misinformation all over, Dr.Rev. Anujj Elviis started an online Facebook school in 2011 called Earth Temple Magik School in order to offer various courses on occultism to enthusiasts in India and worldwide. The Earth Temple provides free and paid courses on various subjects and also conducts workshops all over India, using the earnings to support the underprivileged. It is Dr.Rev. H.P. Anujj Elviis' project to bring together like minded people who feel the call back to nature, who seek inner truth, and who seek to be of service to society.

Dr.Rev. H.P. Anujj Elviis also founded the charity The Earth Temple, with which he and his volunteers go to the slums and work with the poor and their children. Lots of underprivileged children in India do not get to live their childhood the way intended by the universe. Frequently, impoverished children are forced into child labor because of their parents' circumstances. Because of this Dr.Rev. H.P. Anujj Elviis created The Van, a project to ensure even the poorest child gets to live their childhood. Every weekend, The Van goes to a designated slum and takes volunteers to read fairy tales and stories to children, let them color pictures and have fun, simply making sure they enjoy their childhood

Dr.Rev.H. P. Anujj Elviis is an eclectic practitioner of the craft, blending Wicca with elements from various other religions and spiritual paths into his own personal spiritual practice. As he believes Magick is the Divine working through you to bring about change in the world, Dr.Rev. Anujj Elviis gives a lot of importance to prayers, energy work, meditation, and divination. Dr.Rev. H.P. Anujj Elviis works as a spiritualist, psychic, clairvoyant, medium, and a healer and continues to explore his own ways, methods and techniques towards the path of self realization. Recently he is featured in The Good Witch's Guide: A Modern-Day Wiccapedia of Magickal Ingredients and Spells by Shawn Robbins & Charity Bedell, where he shares his wisdom. 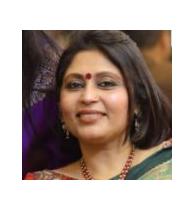 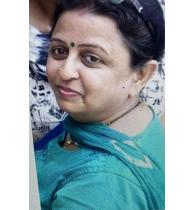 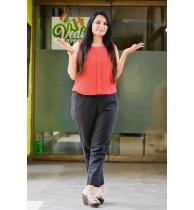 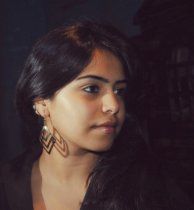 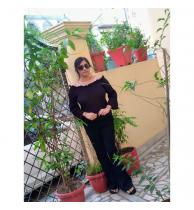 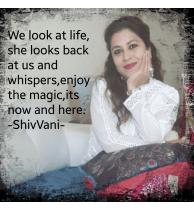 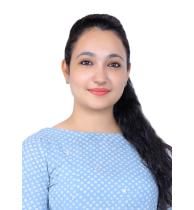 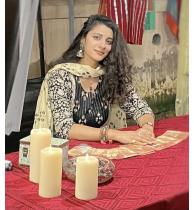 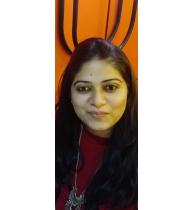 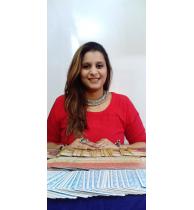 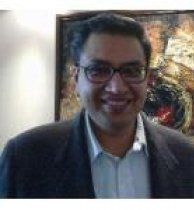 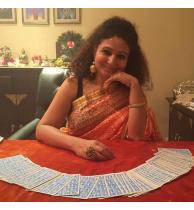