Enquire Now to know the date

Mindfulness is a wonderful tool for therapists to have at their fingertips.

The course discusses many techniques to help manage stress and pain levels and improve relationships. Where our suffering comes from is explained, looking in detail at our thoughts and emotions and how they rule us.

This stand-alone course takes the student through to meditation. However, Mindfulness is equally suitable for someone wanting to relieve depression or anxiety and improve relationships without wishing to practice formal meditation. Parents, children, siblings, friends, colleagues, and therapists can benefit from what this course offers.

International Certification will be provided to all participants, along with study material and ebooks.

1. History and Basics of Mindfulness

4. How to Become a friend of your emotion.

5. Achieve Well being with Mindfulness.

6. Detachment and Investigating self.

Health Benefits of Mindfulness for Kids and Students

Many studies have been conducted using college students as participants, as they are an easily accessible population that is often willing to participate for simple incentives like extra credit or some extra spending money.

Mindfulness studies with children as the participants are becoming more common as well, as more and more benefits of mindfulness on early development are discovered. We’ll describe some of the amazing outcomes associated with mindfulness on children, teens, and young adults here.

Adults are not the only ones who can reap the benefits of mindfulness. College students have also experienced incredible positive impacts resulting from the practice of mindfulness.

Problems with alcohol are more prevalent in college students than many other populations and can lead to serious issues with both academic progress and life in general. Mindfulness may be an effective tool for addressing this issue, as it has been negatively linked with alcohol problems and can help students deal with the stress that may prompt drinking in this population (Bodenlos, Noonan, & Wells, 2013).

Mindfulness is known to be effective in helping students achieve academic success in a variety of ways, and this benefit is not reserved for any specific group.

The following groups of children have enjoyed the benefits of mindfulness when it comes to their academic performance:

Buffer against Bullying and Depression

Mindfulness can even help kids deal with bullies!

A Chinese study on bullying victims and depression showed that mindfulness can protect children against the depressive symptoms that can arise from being victimized by bullies (Zhou, Liu, Niu, Sun, & Fan, 2017).

A dissertation by Sandra Mccloy (2005) on mindfulness as a coping tool for bullying suggested that mindfulness can help children consider perspectives other than their own and find constructive reactions in the face of bullying.

Mindfulness may even be an effective tool for addressing bullying at the source. Improving empathy with tools like mindfulness and improving social and emotional learning could be the key to stopping bullies before they become bullies (Kaldis & Abramiuk, 2016).

Mindfulness can also aid children who have been involved in the welfare or mental health care system. A study on a mindfulness program for vulnerable children found that mindfulness improved emotion regulation, mood, empathy, confidence, and self-esteem, coping and social skills, and ability to pay attention and focus (Coholic & Eys, 2016).
Resilience is a very effective skill for children to cope with daily struggles and develop emotionally, psychologically, and academically. Mindfulness training has been shown to boost resilience in children and help them understand and regulate their own emotions (Coholic, 2011; Coholic, Eys, & Lougheed, 2012).
1. Decreased Stress
If you read our piece on Mindfulness-Based Stress Reduction (MBSR), you know that mindfulness is considered a key element to fighting stress. An entire stress reduction program, with decades of experience and tens of thousands of practitioners, is an excellent indication that mindfulness works.
For an excellent dive into how mindfulness affects the experience of stress, check out the Little Book of Mindfulness by Rebecca Howden and Medibank. I’ll leave it to them to dive into the nitty-gritty, but I’ll describe their explanation of the relaxation response.

Howden and Medibank first list the symptoms of stress, including:

When you induce a state of relaxation, which can be achieved through mindfulness, another kind of meditation, or other activities, you can reap the benefits, including:

Gaining these benefits can be as simple as closing your eyes and being silent for a few minutes a day. This is a practice that is so easy, anyone can do it!

2. Enhanced Ability to Deal with Illness
Perhaps one of the most studied groups in terms of the impacts of mindfulness is cancer patients and others who are suffering from a chronic or potentially terminal illness. Mindfulness may not take away their symptoms, but it can help make them more manageable.

3. Facilitation of Recovery
Mindfulness can not only help you deal with a chronic or potentially terminal illness or life-threatening event, but it can also help you move on from it.
Mindfulness, yoga, and meditation have also been found to decrease anxiety and facilitate post-traumatic growth in breast cancer survivors, in addition, to increase vigor and spirituality.

4. Decreased Depressive Symptoms
Mindfulness has long been considered an effective supplemental treatment for depression. It has been found to decrease depressive symptoms, anxiety, and stress in college students, as well as increasing self-compassion when compared with yoga alone (Falsafi, 2016).

Mindfulness is even effective for people dealing with the most critical of depressive symptoms: suicidal ideation, or thoughts of suicide. In chronically depressed participants with suicidal thoughts, mindfulness was more effective than treatment as usual in reducing these thoughts (Forkmann, Brakemeier, Teismann, Schramm, & Michalak, 2016).

5. Improved General Health
Beyond the many mental health benefits of mindfulness, it can also improve your general health.
Finally, in a study on the impacts of mindfulness on the psychological and physical health of obese or overweight adults, researchers found that mindfulness helped participants lose weight, improve their eating behaviors and attitudes, and decrease depression and anxiety (Rogers, Ferrari, Mosely, Lang, & Brennan, 2017).

Several studies have shown that mindfulness reduces rumination. In one study, for example, Chambers et al. (2008) asked 20 novice meditators to participate in a 10-day intensive mindfulness meditation retreat. After the retreat, the meditation group had significantly higher self-reported mindfulness and a decreased negative affect compared with a control group. They also experienced fewer depressive symptoms and less rumination. In addition, the meditators had significantly better working memory capacity and were better able to sustain attention during a performance task compared with the control group.

Stress reduction.
Many studies show that practicing mindfulness reduces stress. In 2010, Hoffman et al. conducted a meta-analysis of 39 studies that explored the use of mindfulness-based stress reduction and mindfulness-based cognitive therapy. The researchers concluded that mindfulness-based therapy may be useful in altering affective and cognitive processes that underlie multiple clinical issues.
Those findings are consistent with evidence that mindfulness meditation increases positive affect and decreases anxiety and negative affect. In one study, participants randomly assigned to an eight-week mindfulness-based stress reduction group were compared with controls on self-reported measures of depression, anxiety, and psychopathology, and on neural reactivity, as measured by fMRI after watching sad films (Farb et al., 2010). The researchers found that the participants who experienced mindfulness-based stress reduction had significantly less anxiety, depression, and somatic distress compared with the control group. In addition, the fMRI data indicated that the mindfulness group had less neural reactivity when they were exposed to the films than the control group, and they displayed distinctly different neural responses while watching the films than they did before their mindfulness training. These findings suggest that mindfulness meditation shifts people's ability to use emotion regulation strategies in a way that enables them to experience emotion selectively and that the emotions they experience may be processed differently in the brain (Farb et al., 2010; Williams, 2010). 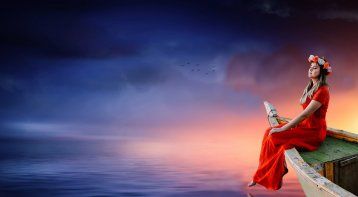 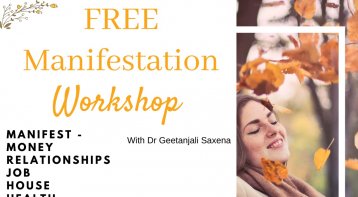 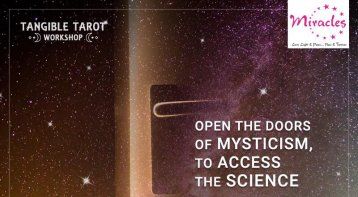 Tangible Tarot- Acquiring the ability to. . . 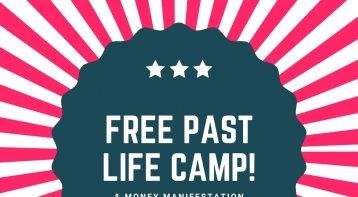 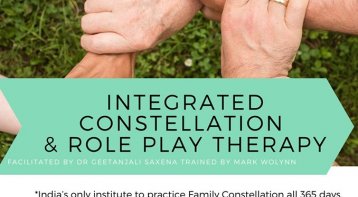 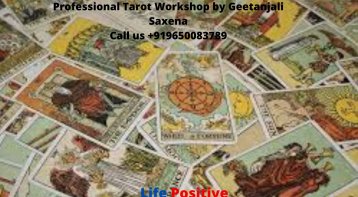 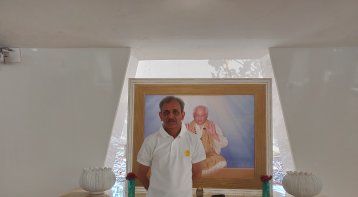 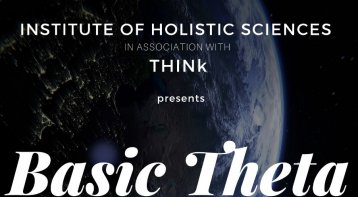