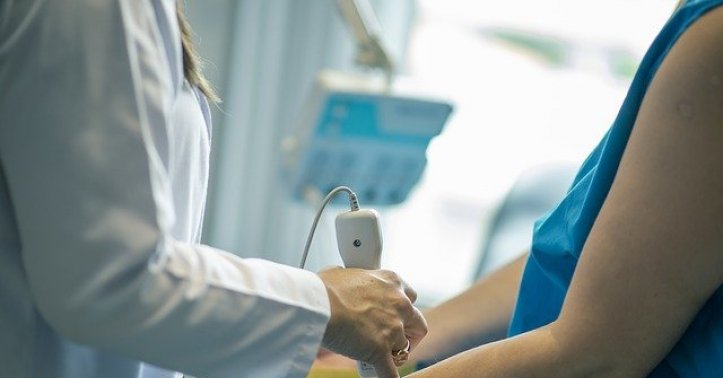 Global Health Issues in 2021 and Their Potential Solutions

Most people are currently focused on the pandemic, but it is worth mentioning that there are many more pressing global health issues that we still need to solve. Some of them stem from a very low standard of living, which is still a big problem in many parts of the world. Others are a direct result of overindulgence and faulty or non-existent healthcare systems.

Even if you have never experienced any of these problems first-hand, educating yourself on these matters is still really important. Why is that the case? First of all, it allows you to better understand what challenges millions of human beings have to face every day. Second, it will prevent you from appearing uninformed if they are ever mentioned in a conversation you are taking part in.

To make it easier for you, we prepared a shortlist of such important issues. Since all of them have already been addressed by numerous organizations, we decided to describe the potential solutions that they managed to either put forward or put into action. Take a look!

Many hospitals around the world do not have access to essential health equipment that most of us take for granted. That includes x-ray equipment, surgical instruments, and machines used in radiation therapy, to name a few. Sure, in many high-income countries it is possible to rent hospital equipment if you do not have the means to buy it. However, it is not a viable option for the most remote and isolated communities in South America, Africa, and Asia.

Consequently, it should come as no surprise that the citizens of many low-income countries are dependent on humanitarian organizations. Unfortunately, such organizations have very limited resources. As a result, they will never be able to fully meet the needs of the communities that they are helping.

In order to solve this issue, health experts recommend donating high-quality medical equipment to communities that need them the most. So far, this strategy appears to be working just fine, but the whole issue is far from being solved.

Obesity is often perceived as a problem of the rich. After all, they are the ones who have enough money to eat and drink as much as they want, right? Well, according to research that was carried out by Harvard University, that statement is not true at all. In fact, those who live below the poverty line are statistically more likely to be either overweight or obese. Why? Since they cannot afford to have a balanced diet, they buy junk food and sweets instead, which makes them gain weight really fast.

Now, more than a third of the world population lives in poverty, so the rates of obesity have skyrocketed all over the world. Out of all high-income countries, the United States has the highest rates of overweight and obese adults. Over a third of the population is already obese, and that rate is expected to reach fifty percent by 2030. The situation of other first-world countries does not look much better.

Is there a solution? Many governments have already started taxing sugary drinks, which makes them far more expensive. The ridiculously high prices are supposed to act as a deterrent against buying such drinks, which will, in turn, lower the rates of obesity. Will it work? Only time will tell.

Did you know that cancer is the second leading cause of death globally? Because of that, identifying the most effective methods of diagnosis and treatment has become incredibly important for many health professionals. Obviously, it is not an easy task.

First of all, there are way too many things that can potentially cause cancer, ranging from a person’s genetic factors to numerous external agents, such as radiation, asbestos, and certain viruses. Second of all, there are so many different types of cancer that finding a definitive cure is nearly impossible.

Luckily, there are many potential solutions to the problem. The most obvious one involves convincing people to avoid risk factors, such as smoking and drinking alcohol. On top of that, governments promote various screening methods by making them completely free and easy to sign up for. That way, individuals with abnormalities suggestive of a specific type of cancer who have not developed any symptoms can get diagnosed and treated as soon as possible. Nevertheless, our fight against cancer is far from over.

Many Global Health Issues Still Need To Be Addressed!

In conclusion, while the issues mentioned above should be a cause for concern, they represent only a fraction of our health-related problems. Dealing with each global health issue will require thousands of hours of research and major investment. However, it will allow all of us to live longer and healthier lives, which makes it all totally worth it.

Now, remember that you are capable of making a change and doing something about these issues yourself! Begin by figuring out which global health issue matters to you the most. Then, find a legitimate organization that is actively trying to combat that issue and start supporting it.

Keep in mind that all of your efforts count! You do not have to donate millions of dollars to make a difference. After all, becoming a volunteer and spreading the word is always a viable option. So, do not be afraid and start trying to make the world a better place today!