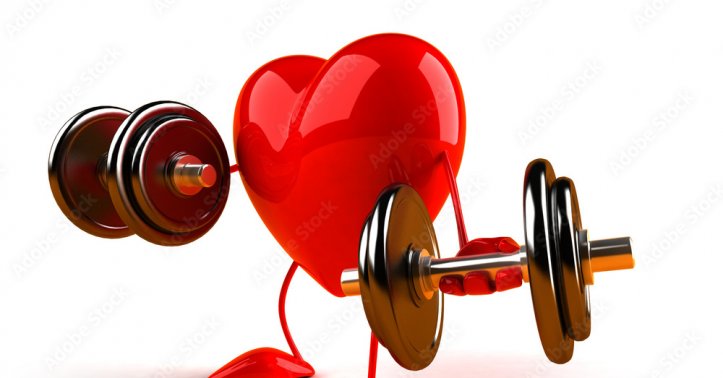 Be kind to your heart, do not overdo gymming

There was a time when hardly anyone had a regular gym routine. It then became a must do with everyone making it a part of their lives so much so that even regular household chores and one’s office routine were adjusted accordingly. Now, it is raising alarms when many, including young people are having sudden heart attacks in the gym. Let us explore the reasons and what precautions we need to take.

Bharat, my husband’s young colleague in the Navy, was a fitness freak. He organised marathons, races and competitions wherever he happened to be and asked everyone, including the ladies and children to come to the gym regularly.  “Bharat the gymmaster” became his name in all naval circles.  We all were shocked to learn about his sudden heart attack in the gym when he was just 38. I can never forget the look on his wife and children’s faces when the ambulance came to take him away. They went with him and we all hoped against hope that it was an alarm and not a fatal incident. Unfortunately, we all were wrong. It was a fatal heart attack. Recently, we are also hearing about heart attacks in the gym among celebrities who usually do take care of their health and fitness. Are they also overstreching themselves?

After this, I requested my husband to follow a different fitness routine and avoid the gym. Many like me did the same. The fault obviously is not that of the gyms but how we can make use of it. As this was a defence area, many felt one should not throw the baby with the bathwater and fitness needed to be followed as a regular routine. The person in charge of the gyam was quite proactive. He called a cardiologist who came to our colony and gave us some insight. He said that sudden cardiac arrest during exercise or heavy physical activity mostly happens because of existing blockages, diagnosed or undiagnosed, in the heart. He told us that blockages in the heart are a result of cells and cholesterol particles breaking through the barrier of endothelial cells and infiltrating the lining of the artery.


This leads to formation of plaques in the heart, he said. He  continued by telling us that  too much physical strain can cause "plaque rupture or trigger electrical disturbances in the heart" that further lead to cardiac arrest. There could of course be other factors like genetics and other health conditions but everywhere, the principle of too avoiding too much strain is to be followed, he said.

If you do hard exercises in the gym, take a nutrient-rich diet as per the body. This is something the body itself will let you know if you listen to it.

Do not have oily, junk food. This is something even our elders have always told us and led by example and not as even doctors say so, hopefully we shall do so.

Breathing exercises can control your blood flow. As we can see, doctors too have understood the wisdom of ancient techniques, like yoga.

Allocate time for relaxation during workouts, especially strenuous ones. This is both ancient wisdom and common sense.

Do not exert yourself too much. Do exercises as much as the body allows. We need to know we all are unique and have different levels of stamina so we should act accordingly.

We can see that comparisons are the bane even in the area of physical fitness as most people are not doing exercise to remain fit but to compete with someone else, either in one’s life or as showcased by the media.

After all, the heart too needs compassion and excessive force on it is indeed too hard to bear so it gives up by leaving us. All organs of the body need to be heard and taken care of accordingly. This is something we all should do whether or not a doctor tells us.

Ultimately, the best principle to follow in all aspects of life is balance and listening to one’s own self in body, mind and spirit. A good and wholesome diet for the body, no stress on the mind due to comparisons and/or unrealistic ambitions and complete acceptance and gratitude through the spirit could take us to the right path. Our own self is after all the best barometer of our  life as it has been custom made for us.