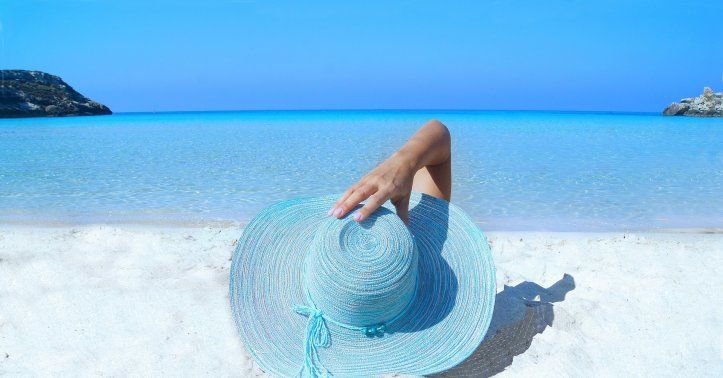 The New Beginning: True story of a Corporate Manager

It was a hot sultry day. The air was still. Not a single leaf stirred. The dreariness of nature echoed in Jyoti’s thoughts. The heaviness and tediousness of her spirit troubled her.

A thought reverberated in her mind for many days: “There must be something more to life than this usual grind.”

Life had become drudgery. Her life revolved around the office routine, meaningless, endless board meetings, writing and replying to emails, video conferences, and late night dinner parties for prospective clients. She had achieved her dream job with an international organization and had reached the managerial post by the dint of her sheer hard work and an enterprising attitude. However, stress had finally reared its ugly head and taken a hold of her.

Her husband was a successful banker. Her son was in Medical College in Mangalore and his daughter was a hostess with a foreign airline posted in Dubai. She lived in a well maintained, posh and glamorous apartment. She had everything that one could hope for in life.

And yet….. the evenings were lonely. There was an emptiness. A deep longing in her heart that she couldn’t fathom.

Deeply troubled she decided to spend an entire week away from the hustle and bustle of life. She had to go alone as she had to figure out the reason for the discontentment that troubled her.

Her first choice was in the mountains. Unfortunately, trouble was brewing between Pakistan and India and there was rioting in Kashmir, so she had to change her plans. She finally decided to go to Alibaug, a small coastal town nearby so that she could be at hand for any emergency should it arise. Surprisingly she didn’t face any opposition to her request for a week’s leave. Perhaps, the CEO knew that she needed a break.

As she boarded the catamaran, a sense of peace engulfed her. It was as if her spirit was happy that she had heeded its call.  She sat back and glanced at the beautiful seagulls. How carefree and happy they were!!! They danced and played with the water, the wind and each other.

The sea breeze played with her hair and caressed her. She became more relaxed. Many young couples were also headed to the other side. All the passengers were delighted to be escaping from the city. She watched as the GateWay and the Taj grew smaller and smaller. Her worries and stress too diminished as she went further away from the city line. The fine sea mist sprinkled her face and refreshed her. The cries of the seagulls gladdened her heart. The sound of the ocean as it splashed the sides of the catamaran calmed her frayed nerves.

Soon the Alibaug shore was visible. Waves gently washed the shore. Pristine white Seagulls dotted the shore. Palm trees lined the far edge of the shore. The fire beacon on the adjacent mountain ignited her spirit. Her heart beat faster as basked in the beauty around her.

The hotel car picked her from the jetty. The tiny lanes were lined with trees. Very old banyan trees with their sprawling branches stood stately and serenely in the fields. The sky was blue. Eagles were flying high up in the sky. The hotel had a few cottages with a well-maintained landscaped garden. The beach was just a minute walking distance from the hotel. The calming sound of the ocean could be heard from her comfortable and well-decorated cottage. After a quick shower and a refreshing chilled mocktail, she headed to the beach.

It was a bright sunny day. The cool, brisk sea breeze blowing towards the shore invited her to twirl and dance. She couldn’t. She held herself back.

A few tourists were splashing around in the water. The blue sky merged with the blue water. She was enveloped in a blue cocoon. Birds danced around. The tide was high. The waves were huge. The rising and falling of each wave mesmerized her.

The sound of the waves took her deeper into herself. The ocean enticed her. It cajoled her. She finally relented and entered into ankle deep water. The cool water swirled around her. The waves splashed up to her knees. She could see the sand and shells through the clear blue water. The waves invited her further in. They tantalized her.

Soon she was waist deep in the water. One after another the waves washed over her body. They caressed her. Her body tingled with excitement. She soon started dancing with the waves, rising and falling. Finally, in total surrender, she lay down on her back in the water. Unseen hands held her afloat. She bobbed up and down with the waves.

All else was forgotten except the blue sky, the sound and the rocking motion of the waves and the song of the birds.

She was transported into another realm. She became one with the deep wide ocean, the sky, and the birds. Rapture and bliss permeated her body. The laughter of children brought her back to reality. Very reluctantly she walked back to the shore. She got out of the ocean a new being. She skipped along imbibing the nectar of nature all around her. She didn’t care about the people around her.

Just one week in the arms of Mother Nature did wonders for Jyoti. She learned to view life from a higher perspective like the birds in the air. She, no longer, had a limited view of life.

Nature rejuvenated and replenished her. She realized how deeply the trees were rooted in the Earth. She sensed an interdependence among all the living creatures. Nature was her teacher. It empowered her and filled her with peace and joy.

Jyoti realized that a life divorced from Mother Nature brings misery and discontentment but living in unison with Nature helps us to live from the soul.