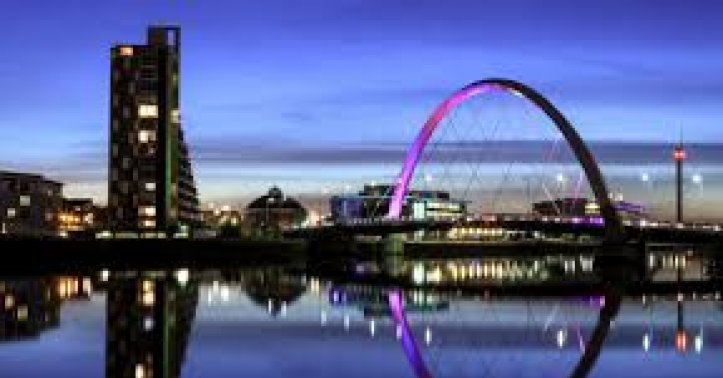 Your 2022 Guide for Things to do in Glasgow

Glasgow is known as a cultural hub. Its international reputation has been fortified through the hosting of events like the 2021 United Nations Climate Change Conference (COP26), UEFA Euro 2020, the 2014 Commonwealth Games, as well as the first European Championships in 2018.

You can find this storied city located on the River Clyde in the country's West Central Lowlands. Glasgow was once a small, rural settlement. Today, it is the biggest seaport in Scotland, and tenth biggest by tonnage in Britain.

Glasgow has the most robust economy in Scotland by far, ranked at the third-highest GDP per capita of any city in the UK. In terms of population, it is the 27th largest city in Europe.

Before you go mingle with the Glaswegians, it is important to plan out your trip. The first thing to take care of is to find a service that offers quality luggage storage in Glasgow. You don’t want to be worrying about your luggage being stolen while you’re out exploring the city.

Next, you should create an itinerary for your trip. The city is dense, and it is extremely easy to get lost without proper guidance. Looking for some ideas? Continue reading below for our 2022 guide for things to do in Glasgow!

The SSE Hydro is a famous, elliptical building situated on the banks of the River Clyde. It is one of the most successful concert venues in the world. Every time there is a major concert at the Hydro, this 12,000-seat arena fills up in a heartbeat.

This building was designed by Foster + Partners, the same architecture firm that created the armadillo-shaped Clyde Auditorium. The Hydro was officially completed in 2012, taking 190 million dollars to build.

The stadium is inspired by Greek and Roman amphitheaters, with just a twist of modernity. At night, the translucent outer walls glow up, creating a magical atmosphere. Without a doubt, this is one of the best places to take photos in all of Scotland.

Besides concerts, the Hydro also hosts acrobatic acts like Cirque du Soleil. They also host stand-up comedy events. For your next trip to Glasgow, join the crowd and unwind at the Hydro!

George Square is the main civic square in the city. It is one of six squares in the city center. The other squares are Cathedral Square, St. Andrew’s Square, St. Enoch Square, Royal Exchange Square, and Blythswood Square.

Named after King George III, George Square is located right in the heart of Glasgow. Here, you can find elegant statues and sculptures of pioneering Scotsmen, marvel at the legendary architecture, and enjoy some exquisite dining. George Square is also home to the Tourist Information Center, so it is a good place to start your trip.

Many locals use the square as a gathering place for large celebrations, like on St. Andrew’s Day on November 30th. You can also find Christmas carnivals, student fairs, and Hogmanay (New Year’s Eve) at the square.

For centuries, George Square was a muddy wasteland. In the late 1700s though, the area was transformed into private gardens bounded by Georgia townhouses. By the late 19th century, it had become a public square.

Admire the square’s most prominent structure, the 19th-century building of the Glasgow City Chambers to the east. Have a meal or beer in the old Bank of Scotland, an Italian Renaissance-style building that now houses a pub and restaurant.

Do you like soccer? If so, it is practically mandatory to pay a visit to Hampden Park. This park contains one of the most celebrated arenas in all of soccer.

Hampden Park was created when the club bought a patch of land in 1903 and turned it into a stadium. At the time, it was the largest stadium in the world.

The Scottish Exhibition and Conference Center (SECC) is known for hosting some of the largest events in the U.K. It is also known for its impressive contemporary architecture, characterized by its slick, metallic exterior.

The center also features a waterfront, which has a fancy, ultra-modern look. In the spring and summer, this is a great place to take pictures. The waterfront also houses two museums.

Many people visit the center just to walk along the banks of the River Clyde. Even if there isn’t an event going on that day, it’s worth visiting just for the sights!

For the science lovers out there, Glasgow Science Center is the place to be. At this interactive museum, you can browse hands-on technical and scientific exhibits, as well as enjoy immersive films on the big screen.

This center is spread across three floors, with each floor offering an abundance of exhibits. The museum was launched in 2001, directly on the south bank of the River Clyde. The Glasgow Science Center is part of a perpetual redevelopment program at Pacific Quay, an old commercial dock.

One of the best cities for tourists to visit is Merchant City. As the name suggests, this city is a fantastic place to shop. If you’re looking for a souvenir or a gift, this is the ideal city to visit.

There are also a number of top-notch restaurants and bustling bars in this area. This city is particularly great for families to visit.