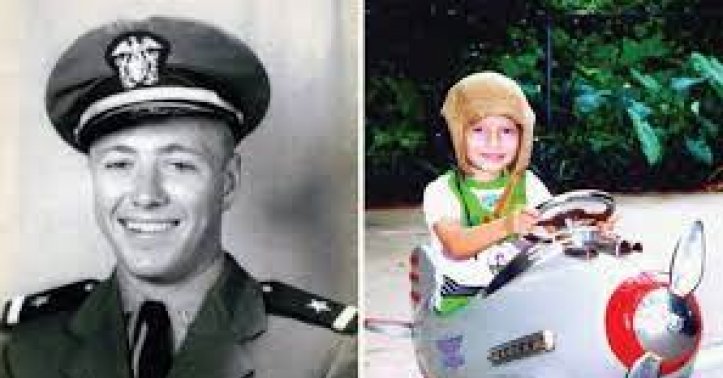 Past lives: The story of two James

Very often, there are events we cannot understand until we accept that we have lived earlier in another lifetime. This, indeed, is taking place even in the Western world today, as they are seeing many inexplicable events that can be explained only with this acceptance and understanding.

James (the son of Bruce and Andrea Leininger, who are a Protestant couple in Louisiana in the United States) has had a remarkable experience: starting from the time he was just two, his statements and behaviour gave everyone the impression that he remembered the life of an American pilot killed during World War II, a young man who was later identified as one James M. Huston, Jr.

His experience has got a lot of attention, as the Leiningers told their story in several television interviews and, eventually, wrote a book, Soul Survivor, in 2009, about their experiences. It is a remarkable book as they have shared all their trials, tribulations, and triumph after they understood the complete story of their son, not just in his current life but in his past lives too.

When he was just two, the young James woke up from a nightmare, screaming “Airplane crash! Plane on fire!” He told them about certain events that took place during World War II. The parents understood that he knew things about that era that were impossible for a young child to know. For instance, once, when he and his parents were watching a History Channel documentary and the narrator called a Japanese plane a Zero, James insisted that it was something called a Tony. The parents came to know from him that he had had a previous life where he’d flown off a ship named Natoma. They researched and found that there indeed was a pilot named James Huston, who had been killed in action over the Pacific.

The young boy’s desperate mother contacted past life therapist Carol Bowman for help. She counselled the mother to believe the trauma her son was going through, and assured James that whatever had happened had occurred in another life and body, and he was safe now.  Now, like many others, they have understood that souls go through many lifetimes, learning lessons in each. It also shows us how the travails of war travel across lifetimes.

Lessons from the story of  James

It is the openness James’s parents showed in dealing with the remarkable experience that helped their son heal. They could have just dismissed what he said as nonsense, but they worked on understanding what he was going through. Therefore, this experience has many lessons to teach all of us. For, life is all about learning new lessons all the time. Especially when children tell us something, we must know it is worth examining, as children are indeed pure souls and never have an ulterior motive.

This has made people re-examine their beliefs and examine all wisdom traditions. What may not be explained with one tradition could have answers elsewhere. Life is about being open to all traditions, thus gaining from them and becoming more complete. It is said that all masters or gurus, as they are called in the eastern world, know the wisdom of understanding that we are souls changing clothes in each lifetime. This is not a myth but a reality. Of course, the intent of understanding past lives is to help or heal, so that the cycle of life blesses us in our onward journey.

This case has been studied and has made people realise that we all are souls who undergo have many incarnations. Psychologists have also realised the power of recognising past lives for everyone, especially children, who just wish to be understood.

In 2000, when James was 22 months old, his father  father took him to the Cavanaugh Flight Museum outside of Dallas, as they were living in Texas then. He experienced something that couldn’t be explained logically. It was about an era he could not have seen in his current life as a pilot in World War II, whose plane had crashed.

Many events followed one after the other, but it was only when they accepted the existence of past lives that they worked on it, and James was finally healed. This could be happening to others too, so let us all seek to understand ourselves completely. We may not have had a traumatic experience like James, but we do need to understand ourselves , especially if we are facing something inexplicable.

Apart from other things, it proves that the theory of the East is indeed something to be explored further. It could give answers to many inexplicable fears and even ailments. This is indeed taking place with people exploring their lives further, both the current ones and the past ones.

Past lives are not a fantasy. The nightmares and post-traumatic play that James experienced are typical of the behaviour of many children, demonstrating how difficult past life memories can be for them to have. It is difficult for all, of course, but more so for children as they often don’t know whom to approach and whether they would be taken seriously. This is why the awareness of cases such as James’s, ones with documentation of a close agreement between events from a past life and current memories that a child expresses, may lead the parents to understand their children better and be more able to help them through the experience. This is also an acceptance of the law of reincarnation that all eastern religions accept and learn from in the journey of their lives.