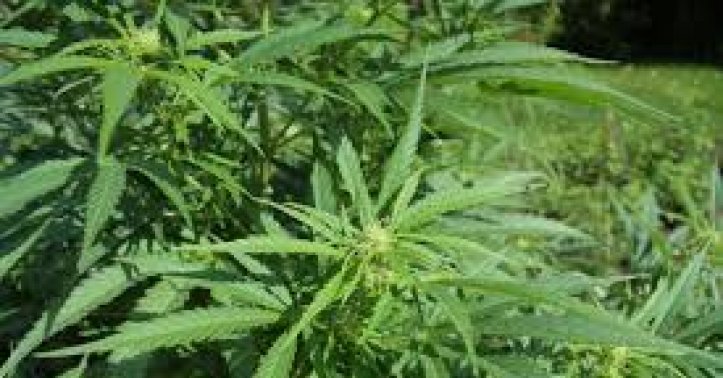 The Most Effective Ways to Ingest CBD

Cannabis plants consist of more than 60 chemical compounds which are called cannabinoids. Cannabinoids, or CBD for short, attach to receptors in the brain and the body’s immune system and have been known to have a variety of health benefits. Whereas tetrahydrocannabinol (THC) is the psychedelic ingredient from the cannabis plant, CBD has zero psychoactive properties and doesn’t get its users high or stoned. Several studies have suggested that CBD is effective for children, animals, and anyone who else wants to reap the benefits of cannabis without the “high” that’s commonly associated with marijuana use. The CBD compound itself is proving to be a valuable compound with a bevy of health benefits.

For CBD to work in both humans and animals, the body must absorb it. CBD needs to find a way into the bloodstream where it can interact with the brain and immune system’s receptors.

It should be noted that you can’t overdose on CBD. Because it’s a natural substance, no amount of CBD is too much.

If you think these magical compounds of the cannabis plant can be beneficial to you, here are a few ways that you can ingest CBD.

Perhaps most popular, like its THC counterpart, CBD can be inhaled which has an effective and quick delivery to the body. Effects are almost immediate making it a viable option for people who are experiencing pain and need something to kick in quickly.

Inhaling CBD, like vaping, gets the compound into your lungs and quickly into your bloodstream. Similar to rolling a cigarette or marijuana joint, rolling CBD joints can take under five minutes and then it impacts is almost immediate upon smoking. If you’re in pain and you think CBD might be the right choice, rolling a joint and smoking might be your fastest way to reap the benefits. Many cannabis shops sell non-THC strains of marijuana which would be the cannabis equivalent of non-alcoholic beverages.

It used to be popular to assume eating cannabis edibles was a way to start tripping out on hallucinogenics but CBD-based gummies have been proven as effective ways to feel the effects. Gummies, like other candies, come in a variety of flavors and colors and can pack a pretty good CBD kick.

Orally ingesting CBD is often used for people who are suffering from sleeping disorders, anxiety, and other body issues as CBD gives off more of a “full-body high” when taken orally.

If you’re looking to loosen up somebody or joint pain, you might want to consider the next option.

CBD oil is one of its most popular forms, especially when it comes to cooking (yes, you can even replace your regular cooking oil with CBD oil for added benefits.) If you’re not using the oil in food, you simply place a few drops under your tongue and the effects are reasonably quick. If you can handle a micro amount of THC, full-spectrum CBD oils will generally provide more positive effects than their isolated counterpart. You can also easily adjust the amount you’re ingesting with relative ease.

For muscle aches and pains, a CBD cream is a smart option. The value of the topical treatment is they can specifically target one area instead of working the entire body or mind. The majority of CBD creams are packaged with herbal and natural remedies to give a variety of solutions to body aches. CBD cream is popular among athletes and trainers. The cream gives off a warmer sensation. It might be your next go-to on a cold day.

If smoking isn’t for you, you might want to consider using pills or capsules of CBD, like any other type of medication. Plus, monitoring the dosage is easier with things that come in pill form. Being able to have a consistent dosage (which isn’t the case when smoking), might be ideal for people who want a consistent concentration of CBD. Starting off with 25mg of capsules would be a smart starter and you could slowly increase the increments if you feel the effects are working but want a bit more. Unlike smoking, however, capsules can take at least 45 minutes to work their way into your system and then the effects last for several hours. If you’re looking for a ‘quick fix’ orally ingesting CBD might not be for you.

CBD isolate is considered by many to be the purest form of the plant because it consists predominantly of cannabidiol and nothing else. There are a few ways that CBD isolate comes in but perhaps none is as popular as powder.

The powder can be used to cook, bake, or as a sprinkle inside fruit smoothies. The powder can also be vaporized or mixed with other forms of CBD ingestion.

CBD dabbing is a form of ‘flash vaporization’ and it’s achieved by heating the cannabis to very high heat to extract the most out of its compounds. Many CBD users agree that dabbing is the most effective way to ingest CBD. The effects are instantaneous, longer-lasting, and it feels more potent than ingesting it any other way. While CBD dabbing may seem a bit complex for first-time users, there are tools for sale that facilitate the process. Dabbing rigs, torches, and nails are available for people who want to consider going down the dabbing route.

In the end, there’s no one real way of consuming the magical compound. It’s a matter of personal preference and it varies perusers. If you’re a cigarette smoker, smoking CBD joints might be your best bet. If you’re an avid cooker, sprinkling some CBD powder or using CBD gels as a substitute might be your easiest method. For beginners, you might want to start off ingesting CBD in a form that is already manufactured like edibles or pills, and the more comfortable you get with the product, the more likely you are to testing it out in its variety of forms.

Since it is a natural substance, CBD medication isn’t dangerous if it’s mixed with alcohol, different foods, or other prescription drugs. There’s also no way to overdose on the plant so you can ingest as much as you want. The only side effects associated with CBD are relatively mild, including drowsiness,  changes in appetite, and occasionally dizziness. Apart from that, there are a variety of positive factors to consider before you embark on a potentially prosperous CBD adventure.