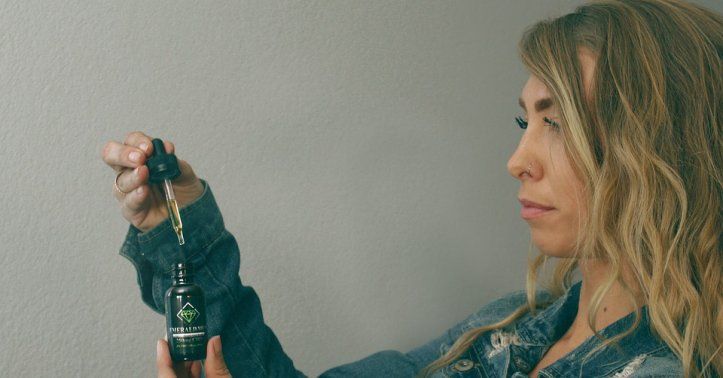 What is CBD and Can it Improve My Health?

CBD is all over the news and social media. Known as cannabidiol, CBD is the second most active cannabis compound. It comes from the hemp plant and does not cause a high like the THC in marijuana. This is one of the reasons it is popular because people may take advantage of its positive effects without any mind alteration or intoxication.

There are numerous purported benefits associated with CBD oil. However, it is important to determine which of these are backed by science to ensure that you reap real benefits from the CBD that you use.

The World Health Organization states that there is no dependence or abuse potential in humans who use CBD. There are also no public health issues related to using pure CBD.

CBD is a type of chemical compound. In oils, the CBD is concentrated, and the concentration level varies depending on the oil that you reusing. Cannabinoids attach to certain receptors in the brain. On its own, the body already produces cannabinoids. There are two receptors for these to attach to, including the CB2 and CB1 receptors.

Some research suggests that CBD may attach to CB2 receptors. However, other research shows that it might actually trigger the body to use more of the cannabinoids that it produces on its own instead of attaching to any of the body’s existing receptors.

One of the biggest reasons people cite for using CBD is relief from pain. Research shows that there are pain-relieving effects associated with CBD. The body is an endocannabinoid system. CBD is believed to impact the activity of the receptors in this system, helping to alleviate pain via reducing inflammation.

A variety of studies on humans have shown that pain associated with conditions like arthritis and multiple sclerosis respond to CBD. This is likely because both of these conditions cause inflammation in the body.

Help with Depression and Anxiety

Anxiety and depression are among the top reasons for disability throughout the world. Traditionally, a combination of psychotherapy and medications are used to help people to reduce their symptoms and maintain a sense of normalcy.

However, the medications used to treat these conditions have a risk of dependence. Because of this, more people are turning to natural methods to alleviate their anxiety and depression, including CBD oil.

One study looked at men who were about to speak publicly. Approximately 90 minutes prior to this engagement, some men were given 300 milligrams of CBD and the others were administered a placebo. The results show that the men who were given the CBD have significantly reduced anxiety when they spoke publicly.

In animal studies, this oil has been shown to have some antidepressant-like effects. It is believed that this is due to the CBD acting on the receptors in the brain associated with serotonin. Serotonin is a type of neurotransmitter that is responsible for regulating social behavior and mood.

Most of the research surrounding CBD for nausea is focused on its ability to reduce nausea associated with chemotherapy. While the research is largely preliminary, there are studies that show that taking CBD alone, without any THC, may help to reduce vomiting and nausea caused by chemotherapy.

Approximately nine percent of the population experience some form of acne. Numerous factors are involved with this skin condition, from the overproduction of sebum to inflammation, to genetics and bacteria.

CBD oil has been shown to have positive effects on inflammation throughout the body. This property is believed to play a role in the oil’s ability to help alleviate the severity of acne. Some additional research shows that it might also help to decrease the production of sebum, but more research is needed to confirm this.

One test-tube study looked at how CBD oil affects the cells in the sebaceous glands. The results were twofold. They showed that this oil prevented cytokines and other “pro-acne” agents from activating which helped to reduce inflammation. The second factor was that the oil appeared to decrease the production of sebum.

CBD oil may benefit people with neurological disorders, such as multiple sclerosis and various seizure disorders. While the research is still in its infancy, the results thus far have been promising.

One study looked at an oral spray that contained CBD. The results showed that nearly 75 percent of the research participants who used the spray reported a reduction in their MS spasticity. These patients had spasticity that was resistant to pharmaceutical drugs used for MS spasticity.

Another study looked at epilepsy patients who were administered 0.9 to 2.3 grams of CBD for every pound of body weight. The results showed that there was a median 36.5 percent reduction in their seizures.

A different study looked at how CBD might benefit children with Dravet syndrome, a childhood epilepsy disorder that is highly complex. The results showed that compared to the participants who received a placebo, those who received CBD had a significant reduction in their seizure activity.

High blood pressure is one of the most common health conditions throughout the world. Those with high blood pressure are at risk for numerous potentially life-threatening health events, such as heart attack and stroke.

A variety of preliminary studies have looked at how CBD may have a positive effect on lowering your blood pressure. One study looked at men who were relatively healthy. Some were administered a placebo, and some were given 600 milligrams of CBD. Among those who received the CBD, there was a reduction in their resting blood pressure.

The use of CBD and other cannabis compounds goes back to the BC years. So far, there are several possible uses for this oil that science backs up. However, it is important that you are only using high-quality CBD products to ensure safety and the most benefits.