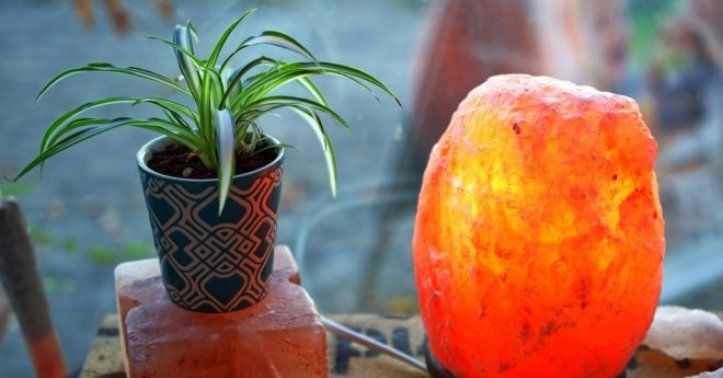 Many people believe we are far-reaching we say Himalayan salt lamps have an immense benefit and we can prove it.

To them, the natural salt lamp mined in the Himalayas Mountain is nothing but wishful thinking. Or marketing gimmick to focus more attention on the lamp thereby, increasing the demand.

Over the years, we have come to find out why none of those statements are true. The Himalayan salt lamp has grown in popularity, and many people are beginning to embrace their immense benefit. One such benefit is;

By equating electromagnetic radiation in a room, salt lamps have been known to produce negative ions. It is a natural ionizer that set the tone for negative and positive ion in any place to enhance healthy wellbeing.

The number of negative ions can be measured scientifically by how much the salt lamp helps to stop allergies. Children especially suffer from one sort of ailment or another. It is widely known that when they become restless, a nap in a room filled with the negative ions can help them calm down.

Studies have found an improvement in the mood of animals when they change the type of air they breathe. In this case, it happens with a salt lamp.

Keeping your lamp on for 24 hours can produce the right amount of ion that can help you keep SAD in order. We are profoundly affected by how much we get exposed to this light.

In the 19th century, salt lamps were used in caves to soothe every ailment as a relief. Obviously, there is something special about or associated with having or inhaling salt like a mixture. For example, salt lamps now feature as inhalers.

They have been used for a million years, but not until recently have they been applied as inhalers for asthmatic patients. The breathing of negative ions or salty air passes through the nose and goes to the lungs - Clearing the passageway between the noses to the lungs.

But the lamp is not like any other lamp made with salt. Its dark hue color is an indication that a lot of minerals have changed their tone. That is why you can never find a Himalayan salt lamp anywhere but in the Himalaya Mountains.

Salt lamps help in the improvement of sleep.

We believe that the dim light coming out of the salt lamp is one of the reasons it has been able to enhance sleep patterns - That is not entirely true.

The negative ions produced by salt lamps help them fight free radicals that cause stress and headaches. They also help in balancing the amount of brainwave emitted by our electronics at home and in the office.

After having dealt with the stress and migraine, the user is now free to sleep peacefully under the dim light coming from the lamp. Naturally, sleeping under bright light produces melatonin which responsible for controlling our sleep pattern. Melatonin now forces us to sleep late or not sleep at all.

Standing beside the beach is refreshing for anyone after a long time. Exposing yourself after a storm or rainfall also increases the amount of energy in the body.

While some cannot be said about Himalayan lamps because the concentration of negative ions at that moment is not the same. Over time, leaving your lamp on in your room 24/7 can produce just about the right number of ions your body needs every day.

Why science has been proving the benefits of natural salt lamps

Science, like any other profession, is subjective. It doesn't matter the amount of empirical evidence in its way if observation doesn't meet results, everything else is a failure.

Halotherapy, the use of salt lamps to heal respiratory illness and other ailments has been going on for ages. The same therapy happens anytime when putting on our Himalayan lamp in the room.

Our activities like cooling and heating ourselves in the room open us to the accumulation of a lot of positive ions into the body. Himalayan lamps are a natural solution if no one can go to the beach every day, and if the rain doesn't regularly fall every day as well.