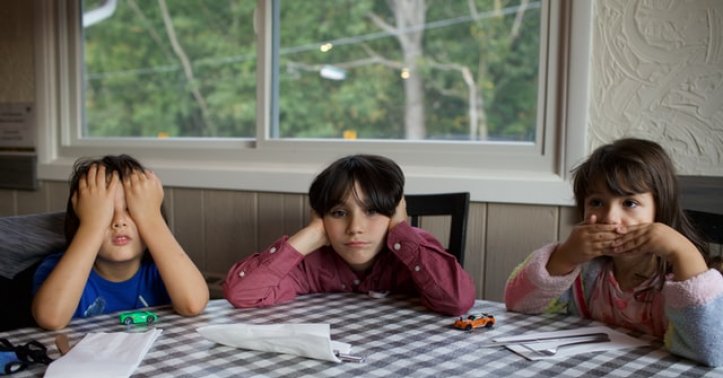 Due to the coronavirus pandemic, many educational institutions closed. Thus, one and a half billion children lost the opportunity to go to school. Sure, a quick switch to online learning would have helped a lot. But, about a third of children were unable to study remotely. The reason for this is simple – students don’t have a computer or an Internet connection at home.

Many issues had a say in this. Children from large families often had to compete with their siblings for access to gadgets.  Also, many schools were unable to organize online education at all. According to an international study, distanced education leads to huge knowledge gaps in comparison to in person. And children from low-income families suffer the most. The longer schools are closed, the worse they study.

Of course, not only disadvantaged students suffer the consequences of online studies. Those who have access to all platforms also experience issues. First, many complain about the lack of motivation, as some lectures seem boring and monotonous. Second, students have fewer chances to see their peers, which harms their socialization and mental health. Learners also often open up that it is hard for them to be in contact with the teacher, and this leads to knowledge gaps. So, students are turning to a write my paper service to improve their grades and avoid missed deadlines. Thus, professional help becomes a great way to reduce stress while still improving academic performance. It is also affected by the significant increase in the school load during the quarantine. The answer is simple - teachers want to catch up with the curriculum. Yet, for the reasons mentioned above, it is difficult for learners to cope with. Thus, essay authors become irreplaceable.

Difficult situations force us to look for extraordinary solutions based on available resources. For example, a math teacher from a Kyrgyz village had to use her house’s gates instead of a blackboard. Standing outside in the blazing sun with chalk in hand, she has become a wonderful example of flexibility and creativity.

In this article, we have compiled experiences from various countries. But they all have something in common - they seek to provide access to education for disadvantaged kids. At first glance, all these tools are not new, but thanks to the clever approach, they work in hard conditions.

Central Asia offered some great solutions for public-private partnerships that have emerged in response to the pandemic. The first example is Kazakhstan where mobile operators joined with the Ministry of Education and Science. Their goal was to provide families with free access to more than 20 educational Internet resources. The Ministry also cooperated with the national postal network to assist students from remote areas.

In some countries, mobile operators have had a huge impact. Learners and teachers gained free access to educational apps and web pages. This happened in West and Central African countries: Côte d'Ivoire, the Democratic Republic of the Congo, and Nigeria. Governments partnered with local service providers. This gave primary and middle-school children a chance to study via radio, television and have printed materials.

Another clever solution was television broadcasting. For children who lack Internet connection at home, the governments created TV programs. According to the UNICEF report, over 90% of European and Central Asian countries use television as a distance learning tool. In Latin America and the Caribbean, the situation is worse. Only 77% of countries broadcast educational programs through national television channels.

According to recent studies, children living in cities are twice as likely to have television as children from rural areas. The differences are shocking in sub-Saharan Africa. In rural Chad, only 1 in 100 families have a TV, compared with 1 in 3 in urban areas.

In Mongolia, television was the main means of distance learning. Interestingly, UNICEF managed to reach even ethnic minority children there. How? It collaborated with the government to prepare TV lessons in Tuvan and Kazakh languages.

Besides, the organization supported the development and distribution of educational materials for children with special needs. So, the lessons are also taught in sign language. Subtitles are also provided in national minorities’ languages to ensure that no one is left unreached.

Radio is the third most commonly used platform to provide education during school closures. As stated by the UNICEF report, 60% of the 127 reporting countries use it. In fact, radio has become a popular tool for learning since the mid-1980s. Then, a technology called Interactive Audio Instruction (IAI) was first used to reach students in remote areas. The IAI classroom gave learners an opportunity to interact with their teachers and classmates. Plus, it included pauses that allowed kids to answer questions and complete assignments. Of course, IAI stands in great contrast to traditional radio, where children simply listen to a lecture.

More traditional methods didn't lose their relevance. As reported by UNICEF, half of the countries offer to deliver printed materials to the students’ houses. 11% even provide home visits. In Portugal, almost 20% of schoolchildren have no computers at home and no Internet access. So, the postmen bring the printed assignments to the students and give the completed lessons to the teachers.

In the UK, the initiative was not successful. As parents were turning to courts with complaints against the government for not providing children with tablets and computers for learning.

To ensure that students continue their studies at Timor-Leste, a multichannel learning strategy was created. The ‘Eskola Ba Uma’ or ‘School Goes Home’ initiative brings together digital and analog. Television and radio, electronic and printed books were used for children who are not digitally connected. The program is an amazing chance to reach kids not only affected by school closure but also those who have never been enrolled in school. The national broadcaster at Timor-Leste started transmitting the first television programs only one week after school closures. As for radio programs, they were aired by week two.

In Somalia, children access the offline lessons that are downloaded onto solar tablets. Also, video tutorials are streamed through social media channels such as WhatsApp and Facebook. And surely, they are broadcasted on radio and television.

In Vietnam, some tests and units were dropped from the curriculum, while others were rescheduled for the next academic year. The idea was to reduce stress and pressure as students would catch up with the program during the next year anyway.

Indian Classroom… On a Tree

Necessity is the mother of invention and we can’t agree more. It may sound shocking, but due to the weak mobile connection, the children in the Dudhari village have found a risky way to learn.

To listen to lectures and take notes, they climb trees, as the connection is better on the higher branches. The government program also invites students to join WhatsApp. Thanks to created groups, teachers interact with students, and learning materials are shared. Still, access to the resource is difficult due to poor mobile connections.

Radio has a positive impact not only on the children’s education but also on the parents’ mental health. For example, some programs in Rwanda and Ethiopia offer parents to talk about distance learning. This gave them a chance to share positive parenting practices and some issues live.

The Save the Children program for Ethiopia was an idea of a library on 21 camels. Isn’t it strikingly innovative? In Ethiopia, animals carry 200 textbooks in wooden boxes and reach 33 villages. This way they provide the students and educational opportunities.

UNICEF came up with an idea for a school kit. The ideal school-in-a-box includes various things needed for class. These are donated school supplies, storybooks, a globe, teaching posters, and more. There is also a guide for teachers in the box. It covers the learning activities and explains how to organize a comfortable learning environment.

To Sum It Up

The crisis caused by the COVID-19 pandemic made the existing problem of inequality even worse. Studies have shown that students who can use computers and the Internet are about six months ahead of those who don’t.

Children in sub-Saharan Africa have been hit the hardest by the digital gap. Nearly half of the students there were unable to enroll in distance learning. As stated in UNESCO’s report, almost 89% of school-age children don’t have a computer at home, and 82% don’t have access to the Internet.

The burden on parents is serious since they have to replace the school teacher.  Even in European countries, especially in large families, they met with a new responsibility. It is even harder when there is a lack of computers and tablets at home.

Luckily, even in such conditions, governments and private businesses are trying to find the way out. The main goal is to ensure that as many disadvantaged kids as possible have the best educational opportunities.