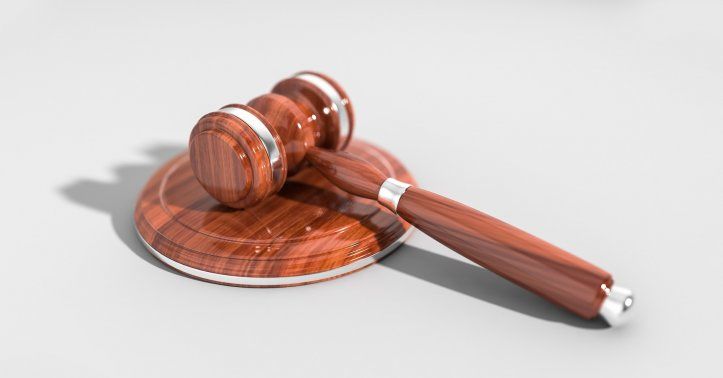 When being Judgmental Becomes Harmful at Work!

Judgment comes from feeling less than others and leads to comparison. The moment we first became aware of our identity while we were growing up, we saw our identity as separate from our parents and then everybody else. We started comparing ourselves with others and others with self, and so the sense of Judgement took form in our psyche.

In most of the areas, we found ourselves lesser than others, especially when we were compared to something or someone by our parents, caretakers or even teachers in school. In the balance of areas, which probably were limited to a few, we saw ourselves even better than others and developed an inflated ego.

Judgments such as “I am not good enough”, “I can’t do this” or even “I am better than others” took a permanent stance in our psyche. Our behaviors, traits, and motives started to shape from thereon!

From child to adult

Without realizing much, how such childhood conditioning has shaped us as we recognize ourselves today, we still operate from this conception of our disoriented sense of identity, often referred to as our ‘Inner Child’. While as a child we were compared to, shouted at, bragged, bullied or even traumatized by certain childhood events, our Adult Self denies the existence of our Inner Child. At a deep level of our existence, we perceive that to be a mistake.

For this reason, we fear that we might go wrong again. We also often judge our past choices to have been wrong so as to improvise and become better each day. This constant notion of being wrong or less than others in the past starts weighing heavy on us. As the Ego of our Adult Self wanted to prove that we are just perfect, we always strive to be better than who we were yesterday and most often than not, better than others. There comes a point when we start looking for reasons to judge others and demean them to feel at par with them.

At times, we try to prove that we are right, even better than others in our choices and actions. We spend a lot of our time and energy doing that. Judgment is so much a part of our thought process that most of the times we are not even aware when we are judging the self or others. This often ends up in a vicious circle of event-judgment-action-event.

So, how is this applicable in an organizational set-up, you may wonder! We all operate from that Inner Child psyche each day, even at work. It may remain immaterial to a usual human to understand how and where the original wound lies that triggers an action today.

Judgment and the corporate world

While working in a corporate set up, we all converge our efforts as teams, groups, departments and finally as an organization. When each of us individually is wounded and not healed, we are likely to bring our inner conflicts to the table, each time we extend to partner with the other.

Here are a few examples.

Someone who felt unloved or orphaned during his or her childhood is likely to be independent throughout their life. Such a person is likely to learn things on their own, avoiding groups, and conquering their fears themselves. This certainly may prove detrimental in a group or cross-functional assignment. The flip side may be that such a person may overcompensate by continuously seeking a surrogate family in order to fill the emotional void or overwork to seek approval, often leading to a burnout state of stress.

Another common archetype is that of a wounded inner child. They hold memories of an abusive or traumatic past. Whether consciously or subconsciously, such people may remain stuck in a repeating abusive pattern with partners, co-workers, and friends. They grow accustomed to be a victim and blame everything else under the sun for their problems. This archetype, when balanced and accepted, can awaken a great depth of compassion for others. Their focus becomes one of forgiveness and of help towards others through their traumas. Such people become excellent mentors and coaches at work.

Yet another category may be of the Eternal Child, exhibiting classic childlike characteristics. This archetype resists growing up, continuously looking for fun and playful ways to look at life. Such people prefer to remain young in mind, body & spirit. They encourage others to do the same. In a negative light, people falling under this archetype may become irresponsible and unreliable, incapable of taking on adult tasks such as sound decision making. They might struggle with accepting the personal boundaries of others and become overly dependent on others, even to an extent to constantly seeking attention.

There are many other archetypes and many of us may operate from a different locus of past experience in day-to-day situations we may encounter. While there are several ways to heal the inner child, it is imperative for us as young leaders to identify where we are operating.

Is the current situation, which is making me lose it all, coming from a past event?

It is imperative for us, even at work, to wonder if there is something in the current moment that is triggering my childhood trauma?

…..And most importantly, once we recognize that it is not the current situation that is actually pressing our buttons but a childhood memory

…How can I detach myself from my wounded self and operate from a state of being mindful?

Recognizing that the past event is separate from the current moment itself is half the battle won. Being in the moment and acting based on facts of the current situation can not only help overcome apprehension and judgments but also bring better human beings to work together for a more fulfilling and desirable experience.