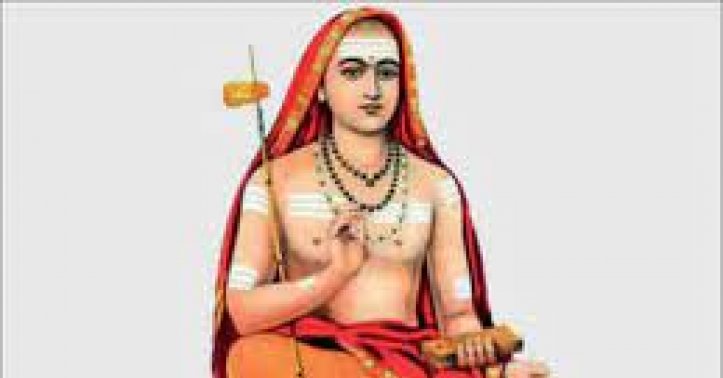 India has always been a land of seekers of wisdom, This is not a wisdom to grow materially but a process of growing spiritually. For this, discussions and debates were quite commonplace much before the globe was technically connected. Seekers used to travel to meet, discuss and grow further. Even erstwhile kingdoms often organised these debates to enable everyone to also listen and grow further. Spiritual growth is the only growth that mattered to Indians for they knew that material growth is something they would need to discard when the body ages but spiritual growth travels across births.

Both were highly respected so many came to see this debate. Debates were and are still common in India as a platform of learning. This was something like Oscars or Worldcup matches then. Like in all such debates, the most knowledgeable were invited.

Let us now see what this debate was all about. India though geographically widespread always united when wisdom was discussed. Adi Shankara was from southern Kerala but people all over India knew of him. He also travelled everywhere.

Mandana Misra was a distinguished practitioner of one philosophy known as mimansa. This mainly derived from one  portion of the Vedas known as karma kanda and emphasizes on the importance of rituals. This philosophy states that a particular ritual is done, and the results are achieved instantaneously. It talks of a straightforward cause-effect relationship when it is practiced accurately. Here, Mandana Misra was a perfect and adept practitioner who preached widely. The person who was to debate with him was the wellknown young and charming advaita vedantin, Adi Sankara. Shankara was in his country wide tour and was eager to debate with Mandana Misra, who was by then already very old.  He wished to learn and also tell him his point of view.

Misra told Shankara that since he had spent more than half his life learning and preaching mimamsa, it would be unfair to debate with a youngster in his twenties who barely had any experience. He told him to choose his own judge to be fair. This was an example of Misra’s righteousness that Shankara greatly appreciated.

The one who debated with Shankara was Bharati who was both learned and clever. She knew Sankara was a strict celibate and immediately started discussing conjugal relationships and marital obligations. Sankara knew how to handle this situation. To become qualified to answer these questions he entered the body of a king who was about to die. He  lived his life of a man of the world, understood  everything and  then came back to debate with finesse. Both Bharathi and Mandana Misra bowed their heads in humility. They accepted defeat and became followers of Adi Sankara and adopted the vedanta philosophy. This also shows us we can learn lessons anytime as long as we are open to learning. This of course requires humility too.

The important thing is not victory or defeat but being open to others' views. This is always important in the journey of our lives. The moment we close our mind, we stop growing in wisdom, If people like the great shankracharya and Mandan and Bharti Mishra could be open, surely we can learn this too.

Many people, many views

Everyone has the right to have their own perspective. This should bring us closer not far from each other.,There may be many points of view but we must be open to discussing them and reaching a conclusion after understanding them. We could begin applying this principle by speaking to our friends who may have a different point of view about anything, give them a fair chance and arrive at an understanding, after thinking it through. Most of the issues nowadays are not debates but arguments for everyone just wishes to win a battle of words. This can never make us grow or learn anything. If anything, this will only make people grow  further apart leading to disharmony and hatred. This is actually what is taking place even in mainstream news nowadays. In the name of activism, people refuse to understand the complete picture by listening to each other. This is why though globally connected, the world is just growing apart.  Ego is actually the greatest barrier. This can be overcome by understanding each other’s point of view with an eagerness to learn something new. For, as long as we are alive, we can always learn something new. Adi Shankaracharya though young, wished to debate with a learned scholar to learn and understand. In the process of debating with each other, they both learnt from each other and one accepted each other’.  This is what all spiritual masters do for they know life is a process of learning and growing.