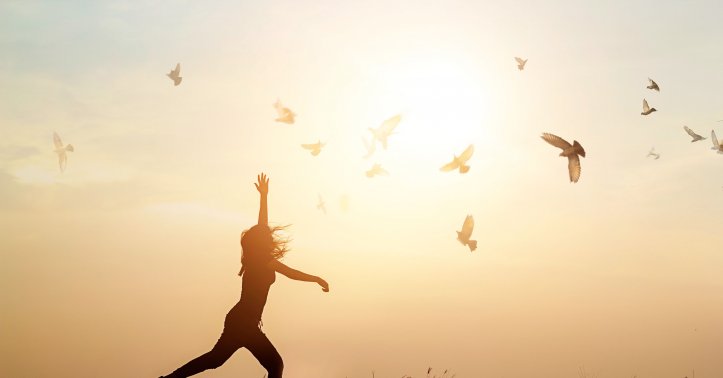 Never succumb to giving up on life

Life is a treasure and we need to always value it so that we can handle any challenge that presents itself to us in all areas.


Sometime back, my maid knocked at my door frantically at night. “Memsahib, the young boy who lives on the first floor is standing on the terrace as if he may jump to death in our building. Please, please tell his family or do something please”, she said frantically.


She told me she had gone to the terrace to collect the spices she had put out to dry there which is when she saw him and came immediately to my house as she just did not know what to do. I immediately called the security guard of our building and asked him to come with me to the terrace without mentioning anything first for even I was at a loss on what would the next step be


At that time, my husband and his father had gone for a week on a naval exercise. I knew this boy was all alone at his house as his mother had gone with her sister’s for a marriage. She had told me this to just let me know. This was during the period of the board exams. She had made food for him  as she knew that he could not waste time at the wedding during the boards. I walked cautiously to the terrace. I slowly tip-toed near him after informing the guard to be on guard too. I held him from the back without saying anything. He was taken aback and somewhat like a movie, the guard too came and helped me bring him down to a safety area. I did not say anything but asked him to come to my house till his mother came. He came down and then sat down quietly. I did not ask him anything as I knew that would only make him uncomfortable and I was not a close friend of his. Later, his mother shared with me that this feeling was all due to fear of not doing well in his exams as he was not well prepared at all. The boy later went on to become a successful professional and a good husband and father. This till today is one of the episodes in my life I am proud to have played a role in. He has healed so completely now that both our families even joke about it with him taking the lead calling me a foster mother of a different kind.


We all are born with a coping mechanism within us. This sometimes goes awry and hence the failure of the engine of our lives. The engine fails only when we focus more on external events and fail to look within.


The feeling of ending one’s life happens when one feels one cannot cope with a situation that they are in and they see no hope of the situation becoming better.

Another factor people often fail to realise is the agony their loved ones would go through if they were not there. Here, I remember how my late grandmother used to ask us to keep both a family photograph and the photograph of a deity in our purses to look at whenever we were stressed. I suppose it was her way of conveying that faith and love are the solution to all predicaments in life. Often, we are not able to see that the situation is bound to change in the journey of their lives. The solution comes through life itself and so the person who feels suicidal has to change his perspective from within for him/her to change.

This reminds me of a friend of mine who happened to be gay. He did not have the courage to tell his parents his sexual orientation so much so that he even thought of ending his life and confided in me. “Your parents and partner would be shattered without you, Rajesh”  I said and requested him to talk to his parents and tell them this aspect of his personality. Though a little confused at first, they did accept him completely,  “We understand modern times completely. If it is a serious relationship, bring him home as in that case he would then be a part of our family , isn’t it?” his sari clad traditional mother said, making him really glad he had opened up and not taken the terrible step of ending his life.

If we are given challenges, be it an exam, a relationship, non-acceptance by others, let us also remember the solution is also within us as the creator has made us co-creators too. We can indeed perish the negativity of stress, anxiety and even suicidal thoughts by harnessing the super power within for yes, we do have immense power and only need to harness it.