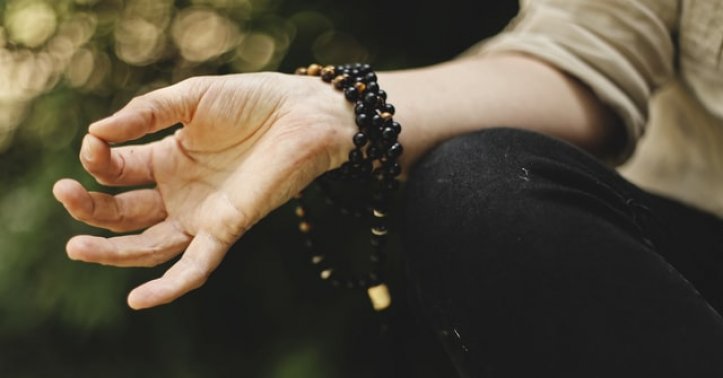 To impart the lesson of mindfulness to his disciples, the Buddha told a little story. Once there lived two acrobats who shared a teacher and student relationship and were also partners in performing street shows to earn enough to eat. One day the teacher tells her student that they both should watch each other during the act to maintain intense focus and balance; this shall prevent any accident and they will also make enough money to eat. But the little girl was very wise, she answered, “Dear master, I think it would be better for each of us to watch our own self. To look after oneself also means to look after both of us. That way, I am sure we will avoid any accidents and will surely bring ourselves enough earnings to eat.” Now here, watching oneself or looking after oneself symbolizes mindfulness. This story illustrates that taking care of oneself (which represents being mindful) is the most important thing one can do to take care of others. In a spiritual sense, once we are nurturing our own body and mind through mindfulness, we are naturally more attuned to giving warmth, positivity, and loving-kindness to those around us. It also fulfills our intrinsic need to help others and add value to their lives.

Mindfulness as a concept along with its benefits

Mind is a multi-dimensional and many-layered entity in itself. The complexity of our brain allows us to process tons of information, sometimes all at once, making it restless, scattered, distracted, all over the place, and pulled in many directions. But when it is talked to, tamed, and trained through certain practices, the monkey nature of mind begins to change and it starts to learn ‘the art of sitting still.’

Mindfulness is that master practice that fosters stillness within an individual. Although it is an expansive term essentially it means being aware of oneself and the fabric of all life at multiple levels. Mindfulness is also a type of meditation that encourages one to indulge intensely in the process of witnessing one’s breathing, sensations, and feelings in the body, whilst remaining objective and colorless which is taking the seat of an observer and looking at things from afar, a space of no judgment or interpretation of whatever is the object of mind at that moment. The benefits of mindfulness meditation are countless. Some of them are:

• It can make one a master of their own mind
• It increases the quotient of compassion and empathy in one’s being
• It makes one understand and relate to other human beings better. But first, it makes one learn about one’s own habit patterns and grooves of personality.

Several other benefits of mindfulness meditation include:

How to practice Mindfulness

Drawing awareness to one’s breathing anchors the mind in the present moment forbidding it from wandering between the past and the future. Breath, which is the innermost palpable form to feel one’s body and also that which connects it to the mind, is a very powerful tool helping one achieve mindfulness faster. Deep breathing slows down the unnecessary mental activity, thus restricting the time-travel-like movement of the mind in the grooves of fears and regrets and finally bringing it home, i.e. back to the now.

“Every emotion is connected with the breath. If you change the breath, change the rhythm, you can change the emotion.” –  Sri Sri Ravi Shankar

Mindfulness meditation is a way to practice the skill of being aware of one’s body and mind at all times; it’s just like one thing is a process in itself, while the same thing also being the end goal of that process. Slowly and gradually, this practice leads one to start paying attention to the simple things that otherwise go completely unnoticed like the sky, the air, the trees, the chirping of birds etcetera. These things are ever-present but are hidden behind the mind’s self-indulgent fallacy of its self-created busy-ness, which most of the time is nothing but a cobweb of insignificant thoughts and a trap, that one lays for himself or herself. Mindfulness is like that broom that cleans up all the cobwebs.

And so, whatever we do throughout the day must be done with mindfulness while looking around, eating, drinking, walking, standing, sitting, chewing, tasting, and even when obeying the calls of nature.

The artful and therapeutic Japanese tea ceremony: A testimony of mindfulness and meditation
One such beautiful example of practicing mindfulness in everyday life is Chanoyu, the Japanese tea ceremony. It is like a form of Zen meditation, which is based on the concept of celebrating the beauty of the fleeting moment and impermanence of most experiences. This tea gathering practice is infused with a spiritual character.

The breakdown of the process followed while performing the Chanoyu ritual is explained as below:

Traditionally, it was done in a small tea hut which is precisely dedicated to the enjoyment of tea; this is also true since meditating at the same spot over and over again charges it with lots of positive energy and makes the practice even deeper the next time. Before one enters a tea hut, it is advised to leave all the thoughts of the outside world behind the doorstep, and come inside absolutely clean. It is also advised to remember that this time is only dedicated to oneself and the experience of having tea, nothing else in that moment matters as if the world has ceased to exist. Clearing one’s mind of all thoughts is a prerequisite to this ceremony so that one is not thinking about any bothering thoughts or the things to be taken care of during the day and this is done even before the tea leaves are picked and the tea kettle is boiled.

2. The aesthetics and mannerisms of Chanoyu:

The purpose of hosting Chanoyu is to appreciate all the elements in the space-setting of the ceremony along with their fine and delicate intricacies like the beautiful ceramic teaware with hand-picked seasonal motifs on it, the graceful kimonos especially the one that the tea master wears(who hosts the gathering), a particular floral incense that is chosen, the placement of tatami mats for seating, and other meticulous preparations like calligraphy on scrolls, flower arrangement, and the very artsy Japanese sweets called Wagashi is served which are meant to be finished before the tea is served. Every movement is performed very slowly and with an intention (which is to pay attention), from the preparation of the tea to finally drinking it. During the ceremony, all the unnecessary chatting and gossiping of everyday life is discouraged so that there is complete quietness, so much so that even the sound of water simmering in the kettle can be heard by everyone. The only talk exchanged among the participants is that of admiration for all the present elements of the ceremony and their deep effortful detailing.

Now when the tea is served, it is suggested to take one’s own sweet time to look at it, appreciate it, to acknowledge the time and effort that went into bringing this tea gathering together as well as the steps the tea took to get to you. Also, it must not be forgotten to be grateful to your own hard work for allowing yourself to be where you are now, enjoying this cup of tea. And when one takes the first sip of the tea, he or she is urged to be mindful of the subtle aromas, tastes, and all that the tea has to offer. Embracing all the thoughts and feelings arising at that moment and then letting them go, one must come back to appreciating the heavenly sips of the tea, as if it is the only one you get.

Today this ceremony is spread far in the east and is a key component of their culture. It mirrors, proves, and establishes the nobility of the practice of Mindfulness in our everyday life.

The other mighty benefits of mindfulness meditation are achieving:

• Extraordinary one-pointedness and focus
• Sharp precision of perception
• Synchrony with oneself, others, and the environment
• Ability to see things from a broader perspective
• Farsightedness or vision
• Sense of purpose behind our motives and actions, and also behind those of others.

It also shapes our personality by instilling Virtues and Strength of character in our behaviors and at the same time making us gentler in our responses towards others.

Simply saying, mindfulness meditation is making friends with the mind and also with the scary emotions that it sometimes poses to us. It is the process of mildly untying the knots of the mind. Under its long-term practice, the following changes (although small, but powerful) starts to happen for us:

So, Instead of trying to ‘fix the knots,

1. We become more mindful
2. We slow down
3. We become silent
4. We allow all that noise and incessant chatter in our mind to settle
5. And finally, we start to observe

All these steps teach us to be gentle and patient with ourselves. It also makes us more capable of choosing what would be better, not just for ourselves but also for others and the greater (collective) good of all beings.

In a larger scheme of things, the benefits of mindfulness meditation expand the heart’s capacity to make the right choices, which can also be kind at the same time as it eliminates the need of ‘having to choose one over the other.

About the author-
Navni Chawla is a correspondent and content writer with Life Positive. She had started with writing a blog and often used writing as a means to consult her deeper self. The process in itself was calming and healing to her. She has also written a compilation of poems and wishes to pursue fictional storytelling ahead. Her other passions include cooking, singing, being in front of the camera, and the most adored one being, life itself; leading it from a child’s heart.